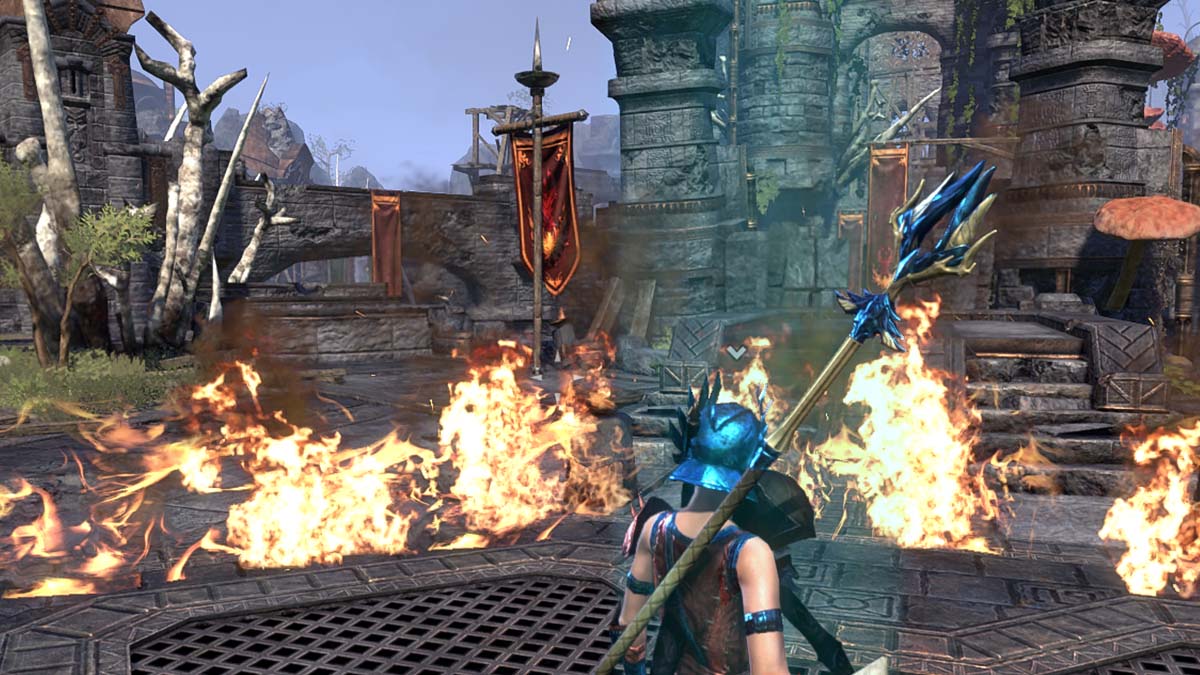 Elder Scrolls Online (ESO) is one of the most popular Massively Multiplayer Online Role-Playing Games (MMORPGs). There are many ways to play the game, from questing, crafting, farming, dungeon runs, trials, and more. Many players put ESO into two distinct categories when it comes to gameplay: PvE and PvP.

Player Vs. Environment (PvE) is where the player plays against the game environment; the AI or NPCs (Non-Player Characters). PvE content is the usual thing players think about when it comes to playing games, completing quests, farming, clearing out dungeons, or discovering new places. Players will start the game this way, where they’ll need to level up in order to unlock PvP content. PvP (Player Vs. Player) is where gamers verse others players in the game. Rather than teaming up against the AI to beat a boss in PvE, players have to team up and battle against each other.

There are many different ways to engage in PvP gameplay in Elder Scrolls Online. Most PvP content is played as your particular Faction. There are three Factions: Ebonheart Pact (red), Aldmeri Dominion (yellow), and Daggerfall Coverant (blue). The Faction you choose at the start of the game is dependent on the race you select. However, you can purchase an “Any Race Any Alliance” token from the Crown Store. This will allow you to be any race and alliance you like. The PvP content is centered around wars with the factions.

However, Battlegrounds is slightly different. Unlike all other PvP content in ESO, Battlegrounds aren’t tied to a particular Faction. This means you can play with anyone against anyone.

Battlegrounds are short PvP modes where players are divided into three teams: Fire Drakes (orange), Pit Daemons (green), and Storm Lords (purple). Each team has four players. There are three Battlegrounds modes, each with a specific goal. It’s a free for all, so all teams are fighting against one another.

This mode is exactly how it sounds. There’s a ten-minute time limit, and the team with the most points wins. The game can end before ten minutes is up if one team earns 500 points. Points are earned through kills.

Unlike Deathmatch, Domination requires teams to control specific points around the map. There are four flags, three assigned to a team, and one without. Teams must capture a flag and control it for as long as possible. The longer you control a flag, the more points you get. Killing enemy players near flags will allow you to capture that flag. The game will end when one team has 500 points.

Like Domination, you need to capture the flag and defend your own flag. But you also need to capture the artifact beneath enemy flags and bring it back to your base. You can die while carrying an artifact, at which point anyone (friend or foe) and pick it up.

How to get into a Battlegrounds Match

Before you jump into the Battlegrounds, however, you’ll need to make sure you have the prerequisites.

There are only two requirements players need to meet to participate in Battlegrounds:

Once you’ve made a decision and ensured you have met the requirements, here’s how to participate in Battlegrounds:

Once in the Battlegrounds, you’ll have about half a minute before the match starts. Take this time to say hi to your teammates, ensure you have the correct gear on, and consume some food or drink.

The Battlegrounds features a matchmaking system, so you should be queued against and with people of a similar level to you. However, even at high levels without the correct builds, you could easily get steam rolled.

Whilst you can simply queue into Battlegrounds from basically anywhere, as long as you are level 10 or higher, you might want to think about completing Battlegrounds Quests. In order to start the Battlegrounds daily Quests, you’ll need to find the “For Glory!” Poster. The poster can be found in the following locations: