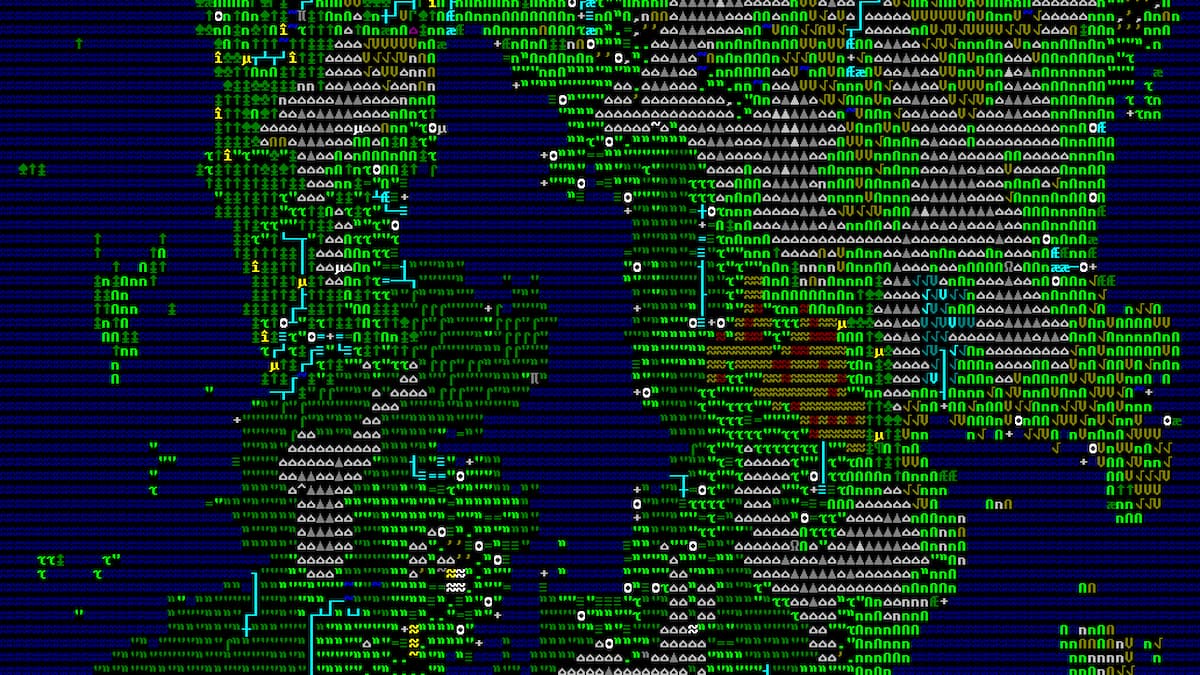 Dwarf Fortress is a fantasy world construction and management simulator. Each time you load up a new game, an entire world is created, right from the ground up. At first sight, Dwarf Fortress appears colorful yet basic and two-dimensional-like, drawing visual comparisons to computer coding. On a closer inspection, the complexity of Dwarf Fortress emerges. This beginner’s guide aims to provide a general overview of the game, including getting started, key controls, building tips, and more — all to build a small, functioning underground fortress.

Before diving in, the Dwarf Fortress starter pack is a downloadable bundle that includes graphics upgrades, tools, bug fixes, and a whole list of other goodies. It’s a great place to turn for beginners, providing a base for starting on the right foot. Additionally, the Dwarf Fortress Wiki is an excellent resource to have access to at any given time — you’ll likely need to refer to it sooner or later. Dwarf Fortress is considered a fairly complex game, so utilizing resources is recommended.

To begin, select Create New World. Parameter settings will appear — leave this be, for now. When you become a bit more seasoned with the game, feel free to toggle back over here and mess around with things. Hit Y, launching a brand new world. As mentioned, game worlds are entirely randomly generated, taking a couple of minutes to develop, meaning that things like geography, natural resources, animals, and minerals are all completely randomized every time you fire up a brand new game. Once all is loaded up, hit Enter to complete the world.

Once your world is generated and ready to go, select Start Playing. You’ll have three options to choose from: Dwarf Fortress, Adventurer, and Legends. Go with Dwarf Fortress; it’s the optimal mode for beginners and provides the game’s intended, raw experience. Your next task will be selecting a Fortress Location. DF is a game about coordinating dwarfs and assigning them tasks to carry out. However, dwarfs can deviate from your plans, influenced by their moods and personal ambitions. They can often feel like they have a mind of their own.

Moving around the next prompt screen is a bit weird; Pick where in the world your Dwarfs will build their fort. Three areas of a map are displayed: World, Region, and Local. Using the arrow keys moves around your site within the Region. Then, using the UHKM Keys (just as if they are arrow keys/WASD keys), select the site within your Region spot. In general, you want to aim for an area that has trees and a nearby water source. Then, hit E to embark, and select Play Now. You’re now good to go.

These commands give you a good sense of what’s going on, along with general navigation. Be sure to familiarize yourself with the full list of Dwarf Fortress controls as you become more familiar with the game.

You’re now looking down upon your Dwarves, along with your elected Embark site. The objective at this point is to build a fortress, preferably underground. Underground fortresses provide the best defense from enemies. Aim to find a hill nearby, if possible. Pressing D twice prompts digging, making a yellow X on the map appear. Place the X on one corner of the rectangle you want to designate digging, and press Enter. Then, move the next X to another corner of the rectangle and press Enter again. The rectangle will be highlighted, and then a Dwarf miner will begin mining the area as soon as you exit the designation state and unpause the game by pressing Space.

From the main screen, select B to access the build menu, and then W to see all of the different workshops you can build, including the Farmer’s Workshop, Quern, Fishery, and more. Essentially, constructing these buildings within your underground fortress is the way to go, so play around with this one and experiment; The sky’s the limit.

Don’t be afraid to fail, because you will

Take the opportunity with your first few fortresses in learning the core basics, including building, digging, excavating, mining, and using the workshop. Then, the next few fortresses should focus on intermediate functions, like farming and stockpiles. Keep in mind that each fort that you construct is a learning experience. When beginning, build your fortresses to get a feel for things, and don’t be afraid of having to start over — because you will. Rinse and repeat a few times, and in the process, you’ll dive deeper and deeper into the game, gaining more and more confidence as you progress.