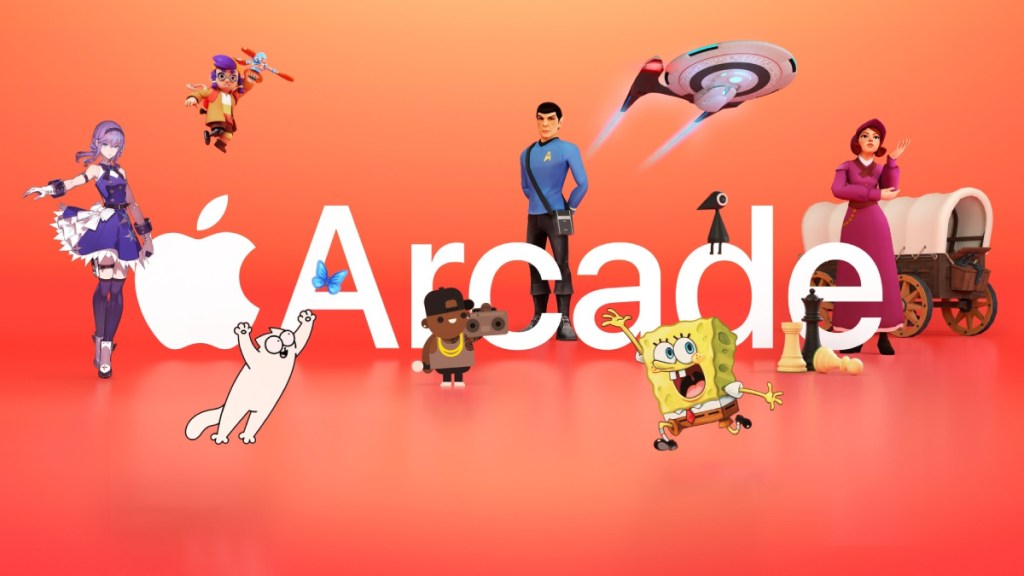 Apple’s Arcade gaming service has grown into one of the best-kept secrets in mobile gaming, featuring a mix of casual and hardcore titles for players of all kinds to enjoy. Arcade has a growing number of titles with controller support, and fans looking to dive deeper into the content library or enjoy the best of iOS’s gaming across the App Store as a whole will want to have the best gamepad possible at the ready. Here’s our list of the best iOS gaming controllers for Apple Arcade and beyond.

Sony’s controllers are familiar and have the build quality you’d expect from the market leader in console gaming. Playing on Apple Arcade won’t warn you when the battery is low like on Sony’s PlayStation systems, but aside from that and no audio passthrough, connecting to your Apple devices is quick and easy, and most games with controller support should work seamlessly.

Backbone One for iPhone

Players looking for a mobile controller experience with a premium, dedicated feel have a worthy contender in the form of the Backbone One. The controller features a design that expands to fit every iPhone model with a Lightning port with no charging, including a headphone jack and a familiar dual analog stick setup. It supports Apple Arcade games and other cloud gaming services like Stadia, Luna, Game Pass, and PlayStation Remote Play. Fans can even choose between the standard version of the controller or a PlayStation edition built in partnership with Sony.

Steelseries is best known for making gaming peripherals for players on PC, but the company has brought its know-how to the mobile market for years now with the Nimbus controller. With a comfortable design built to work with iPhones, compatibility with every device in the Arcade lineup, and a battery that lasts for up to 50 hours of playtime without requiring a charge, it’s not hard to see how the Nimbus+ has developed a reputation as one of the best controllers available for Apple Arcade.

Like the Backbone One, Razer’s Kishi 2 mobile controller brings a bit of the Nintendo Switch’s swagger to your mobile gaming setup. The Kishi rocks a mechanical D-pad and microswitch buttons, multifunctional buttons programmable by the user, and console-like features like video and screenshot capture right from the controller. Players can expect the Kishi to work with every game featuring controller support on Arcade, thanks to the controller’s compatibility with the Made for iPhone (MFi) system and external services like GeForce Now.

Gamevice for iPad and iPhone

The Gamevice controller lineup is similarly inspired by the Switch in design to some of the other options on the list, but the company’s iPad controller is one of the few mobile controllers made just for the iPhone’s larger sibling device. Fans can expect support for Apple Arcade and other controller-compatible games on the App Store, along with Game Pass, Stadia, Luna, and the other cloud gaming services available on iOS.

Rotor Riot’s MFi Gamepad is a worthwhile option for players interested in a console-like setup but with less Bluetooth. The controller features a wired design that draws power from the phone instead of requiring a separate charge. Apple Arcade games are certified to work with Rotor Riot’s controller through the Made for iPhone program. For players of a certain box-shaped console, the form factor will be incredibly familiar.

Microsoft’s Xbox controller, initially introduced with the Xbox One and continuing strong with the Series X and S consoles, works brilliantly on the iPhone and iPad in addition to its home turf. As long as your Xbox controller has Bluetooth support, it should be recognizable in your phone’s Bluetooth settings as an Xbox Wireless Controller after placing it in sync mode.

Newer versions of the Xbox controller made for the latest consoles can keep your iPhone included in the internal memory, letting you switch between your phone and your Xbox with a single tap of the Sync button up top. Arcade games with controller support will work fine, but some of the features you’ll find on Xbox, like battery indication and support for external peripherals, are nowhere to be found on iOS. Using regular AA batteries on the Xbox controller is also a pain with frequent use, making a rechargeable battery an essential upgrade for almost every player.