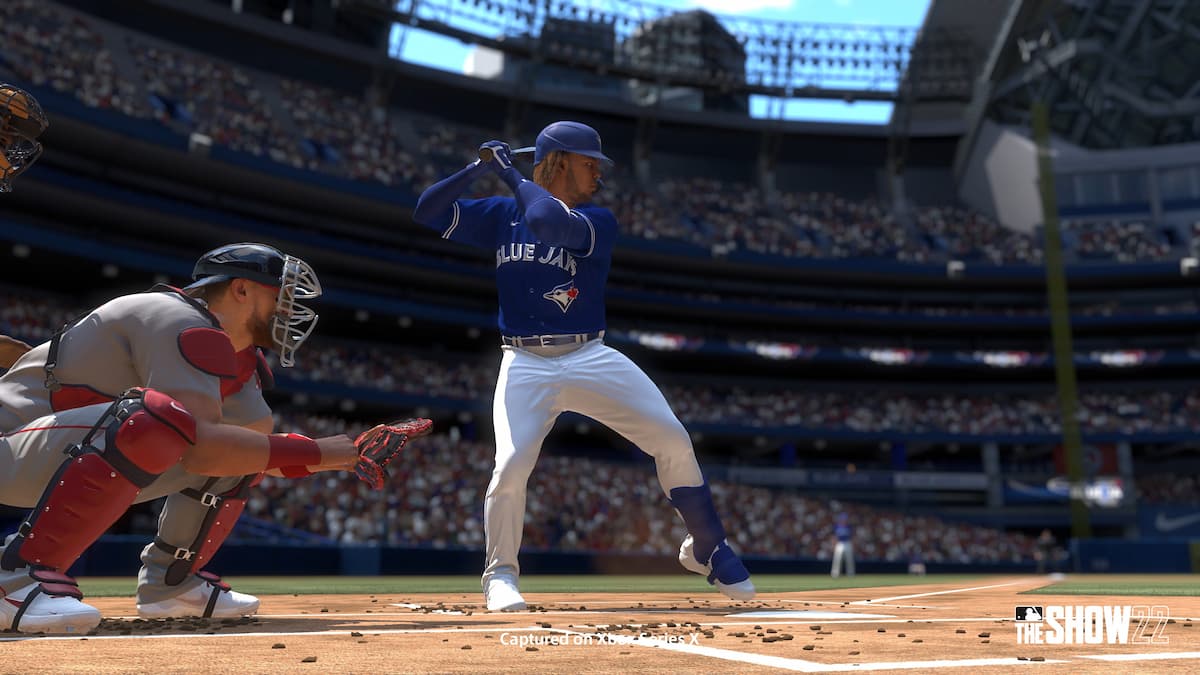 Batting stances are incredibly important for a hitter’s success in baseball. Stances affect a variety of different points of hitting a baseball, as it influences the size of the zone to a certain degree, the ability to square up and barrel a pitch, and where a hitter can be successful, as well as vulnerable, at the plate. This point is even more complex in MLB The Show 22, as stances are static out on the field. While one can adjust a user’s hand or foot position via the Batting Stance Creator, users won’t be able to make adjustments on the fly while playing a game. Plus, some stances from MLB players are not optimal in the game, due to strike zone size issues or ones that cause a blind spot that can be exploited by a pitcher.

With all of that considered, it’s important to get a batting stance for a Ballplayer right. If you’re looking to replicate one of a current or former MLB player, you might be wondering which ones are the best to choose from. Ultimately, that will be up to you, but we do have our favorites. Let’s go over our picks for the best batting stances in MLB The Show 22.

Yordan Alvarez has been a fan favorite in MLB The Show for a while, thanks to his powerful swing. Alvarez’s swing is ideal for pounding pitches up high, as well as down and in on the plate. The Astros outfielder’s swing doesn’t have a lot of holes, making it one of the trickier ones to beat in MLB The Show 22.

At first glance, one would think that Red Sox third baseman Rafael Devers’ stance is a bad pick, but you would be incorrect on that estimation. The Red Sox infielder’s stance allows for users to become machines, in terms of pounding balls down and in. Devers has been a personal favorite of ours at the site, and should you choose his stance, you’ll find out why. Devers’ open stance doesn’t provide for many holes, and it should be able to pound the ball far.

Vladimir Guerrero Jr.’s batting stance is a bit different in MLB The Show 22, but it shouldn’t be much of an issue. Guerrero’s stance and swing provide for a strong option that can be used to pound balls belt high, and is conducive for smacking line drives. Vlad Jr. can do a ton of damage from inside, but his stance also provides some extension, and the ability to smack balls from the outside of the plate.

Brewers outfielder Christian Yelich’s first two years in Milwaukee were outstanding, to say the least. Swing mechanics played a major role in his success. Yelich’s swing is exactly what one should look for from a left-handed power hitter: good bat placement, nice bat speed, and very few holes that can be exploited by an opposing pitcher.

Byron Buxton is one of the league’s best center fielders. Buxton has the total package: speed, great fielding acumen, and a smooth, sweet swing that allows Buxton to hit for both power and contact. Buxton’s square stance provides a good base for a strike zone. Plus, the Twins outfielder’s stance allows for players to be able to hack at the ball from both sides of the plate, and users should be able to get at those pitches with decent timing.

We now move to one of the all-time legends of the game, Ken Griffey Jr. While we wouldn’t recommend too many batting stances from players of the past, we have to pick “The Kid.” Ken Griffey Jr. has one of the most iconic stances and swings of all time. Griffey Jr. can get at pitches both high and inside, and on the lower half of the plate.

Like Yordan Alvarez, Shohei Ohtani can obliterate baseballs high in the zone. And like the Astros outfielder, the MLB The Show 22 cover athlete doesn’t have many holes in his swing and stance. Ohtani can still hit pretty well against pitches inside and out on the plate, provided that you can pick up the ball in a timely fashion.

Mets outfielder Brandon Nimmo might be one of the more underrated batting stances in MLB The Show 22. Nimmo’s bat positioning and mechanics provide for clear sight and good vision toward the mound, which shouldn’t shock anyone given his real-life on-base percentage. But what might be the best thing about Nimmo’s swing is its uncanny ability to drive the ball to the opposite field. Yes, Nimmo isn’t the best pull hitter, but his swing is not the worst. But, Nimmo’s stance does provide a nice option that can be used to drive the ball to all spots on the field.

We can’t have a discussion about hitting without Mike Trout. Much like other players on this list, Trout has a firm stance that provides for the ability to get at the ball from anywhere at the plate, and with very few holes. It’s very fitting that Trout, long considered one of the best players in the Majors, has a desireable stance.