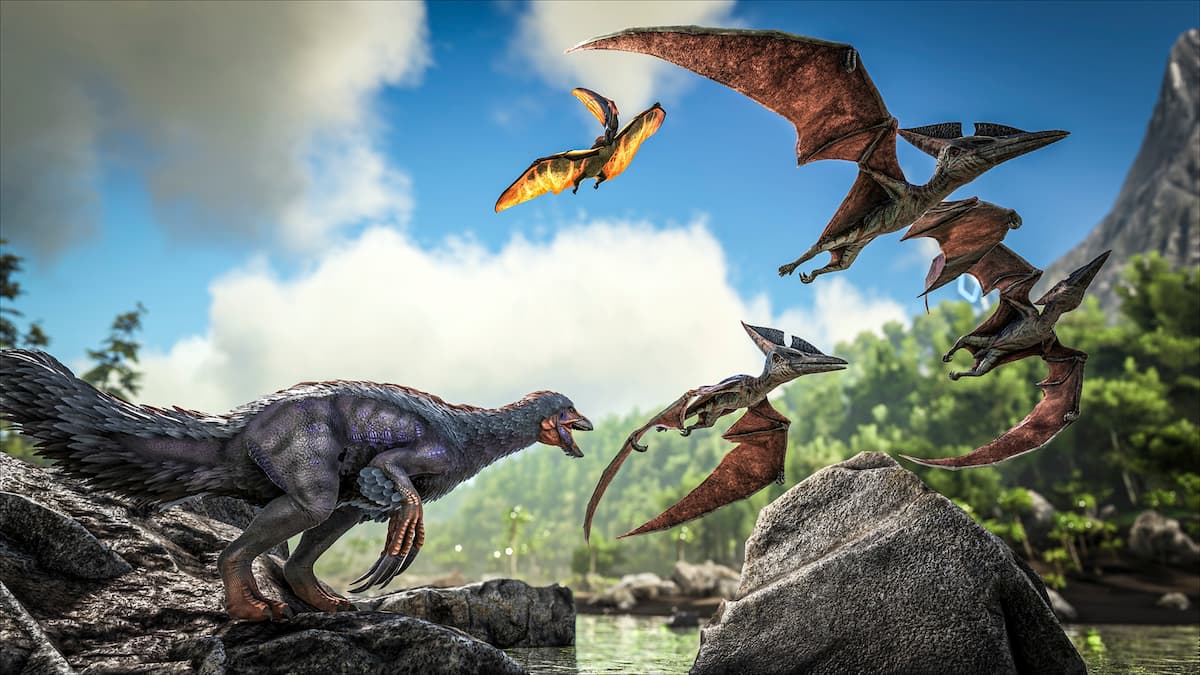 Berries are an essential resource to gather and stock at your base in Ark: Survival Evolved. You can use them to replenish your character’s food and water stats, or you can offer them to animals to tame them. The many different kinds of berries can be found all over the game, but if you want to gather them up, it can take time, and they add to your character’s overall carrying weight. To make harvesting them easier, you can mount a dinosaur and have them assist you in hunting them down. These are some of the best dinosaurs players often recommend you use.

These dinosaurs can instantly harvest a berry bush, cutting your time collecting them down by a significant amount.

The Brontosaurus has the highest berry gathering ability of all the dinosaurs. It’s at the top choice for any player. All you have to do is stand near large vegetation with plenty of berry resources, attack, and you’ll scoop those up within a few seconds. It’s even better when you place a saddle on its back to carry more resources, even though its base carrying weight is exactly what players need from the start. There’s a lot to appreciate about the Brontosaurus, and we cannot recommend it enough. Just make sure to increase its speed and weight to have it move around the map more quickly.

A Stegosaurus has three different types of plates on its back: the heavy plate, the hardened plate, and the sharpened plate. If you want to use yours to gather up berries, you want to make sure it has the sharpened plate attached to its back. While not the quickest mount in Ark, it has plenty of weight, so you can carry a large number of berries with you. For those struggling with the Stegosaurus’ base speed, we recommend leveling this up before adventuring out.

With a large amount of health, the Ankylosaurus is one of the tanker dinosaurs to use in Ark. The downside to using this dinosaur is how slow it can be, but if you’re moving through an area you don’t exactly trust to collect berries, the Ankylosaurus can help you out of a tricky situation. It has a great AOE attack with its tail that it can use to defend itself, and you use the bite attack to pick up the berries. What’s more is that Ankylosaurus is excellent at gathering other items, so it’s not solely useful for berries.

The Triceratops often referred to as a ‘trike’ by many players online, is another great berry collecting dinosaur in Ark. You’ll be able to gather up berries while riding this creature safely, and it also makes for an excellent defensive mount. If you’re ever attacked, you can always crouch down behind the protective plating for the creature and remain mostly unarmed. So long as you don’t move around too much, you can even fight from this position. The Triceratops is a good dinosaur to use when collecting berries in challenging locations.

While the Parasaur is not the largest dinosaur to obtain berries with, it’s probably the quickest. You’ll be able to zip around to all of the locations you have marked on your map in a fraction of the time to collect them all. If you don’t want to waste your time trying to travel from each place, make sure to tame a Parasaur, even if it doesn’t have the most effective berry collecting skill.