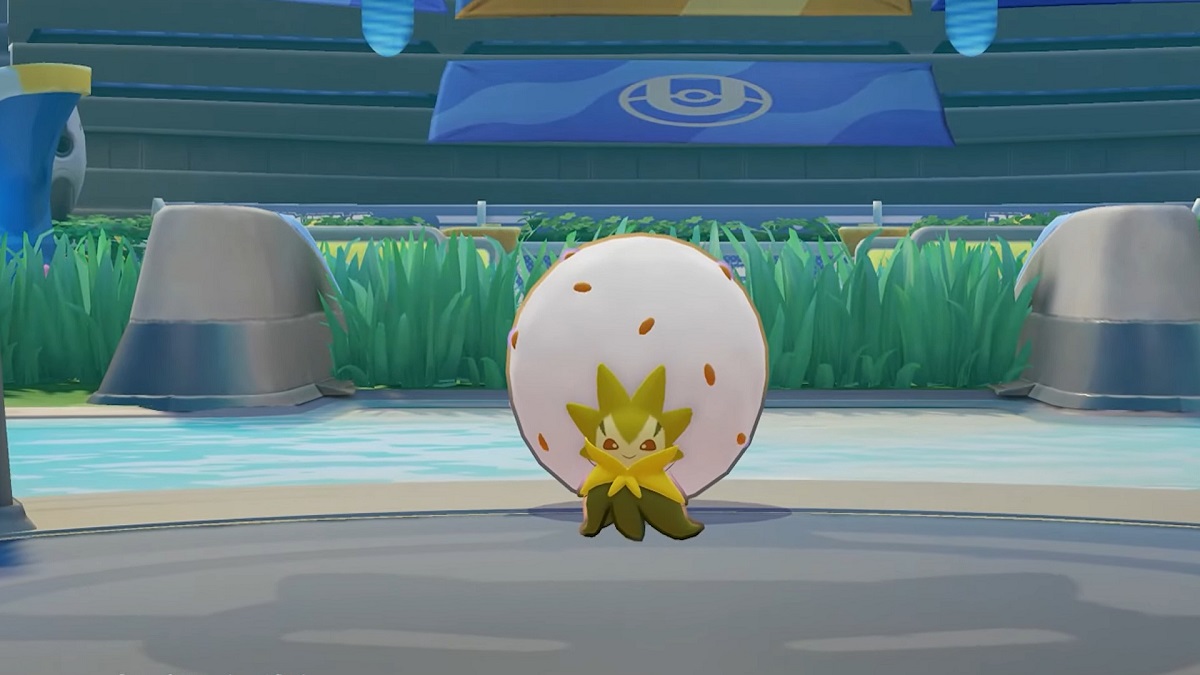 Eldegoss is ranged-support Pokémon in Unite. Although a bit tricky to play, Eldegoss can be very powerful in the right hands. This Pokémon is squishy but makes up for it with its incredible healing capabilities. Eldegoss’s steep learning curve and unique playstyle may be difficult for new players to grasp, so we’ll explain its moves and the best possible build.

You start your journey as a Gossifleur that can evolve into Eldegoss at level 4. Leafage and Synthesis are two moves that you can pick from at the start of a game. Here, you can roll with Leafage, as it has a lower cooldown and better upgrade options. The move is a ranged attack that reduces the target’s movement speed in addition to dealing damage.

Upon evolving at level 4, Eldegoss can upgrade Leafage move into Pollen Puff of Leaf Tornado. Since the Pokémon is primarily a support unit, it’s better to pick Pollen Puff as it allows both Eldegoss and its allies to heal. Ultimately at its max upgrade at level 11, Pollen Puff can either be used on an enemy to deal damage or used as a defensive tool for healing and shielding an ally.

At level 6, Eldegoss can learn Cotton Guard, which is arguably its most powerful move. The move allows Eldegoss to put a cotton shield on nearby allies. The shield absorbs damage and heals the nearby allies for a decent HP once it dissipates. When fully upgraded at level 13, Cotton Guard will also increase Eldegoss’ movement speed for a short duration.

Eldegoss’ Unite move is called Cotton Cloud Crash, and it can be learned at level 9. The move propels the Pokémon into the air, making it invincible. While invincible, Eldegoss can move through any obstacles or unit and cannot be targeted. Players can recast the Unite move, allowing Eldegoss to pound the ground, which deals damage and pushes enemies aside. Allies near the impact zone of Eldegoss will get a healing buff.

As on most support units, Shell Bell is an ideal held item for Eldegoss. It boosts overall healing as well as its SP ATK damage. Since Eldegoss won’t be dealing major damage, she can fall behind on XP. That said, using Exp. Share item can resolve this issue, as it grants users passive XP throughout the game. If the opposing team packs a lot of damage, you can go for Rocky Helmet, which provides additional HP and resistances. Other items that synergize well with Eldegoss’s kit include Buddy Barrier, Assault Vest, and Aeos Cookie.