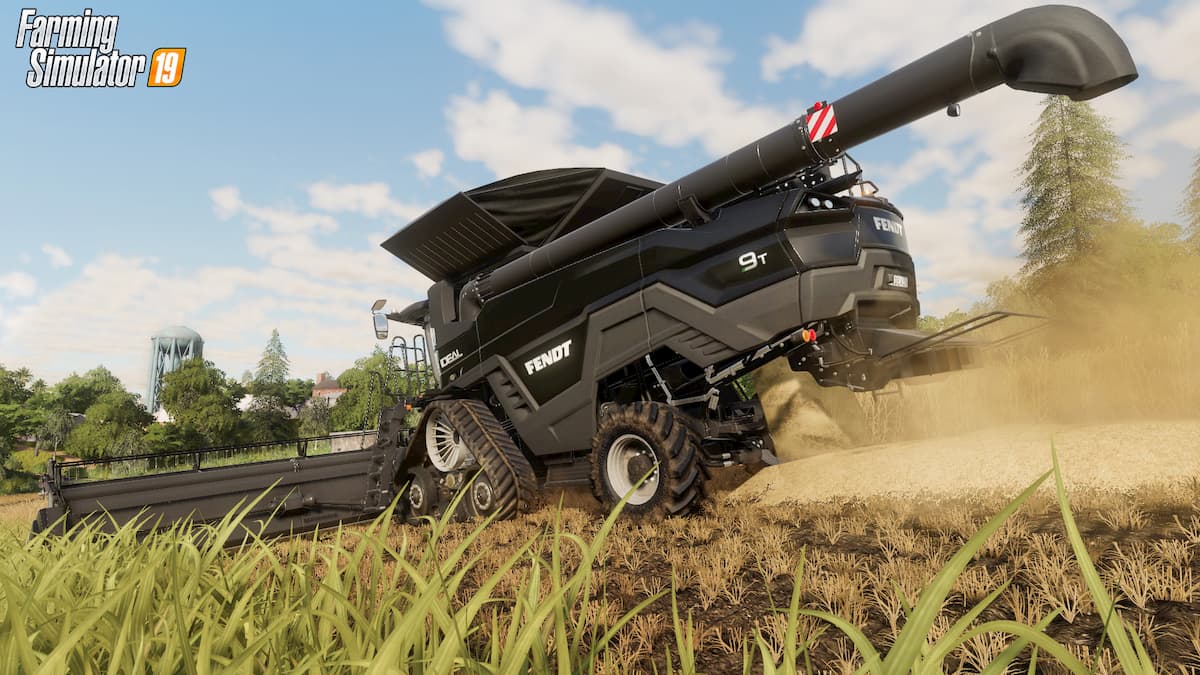 The core gameplay of Farming Simulator 19 is, as the title suggests, a thorough simulator of farm life. Mods enhance the base game by adding vehicles, maps, additional crops, and more. Some add advanced game mechanics like varying seasons to make the game more challenging.

Farming Simulator 19 openly encourages modding. The official website has a modhub, featuring the best mods from users and official developers. There are dozens of categories housing thousands of mods. Vehicle mods are one of the most popular and plentiful while other types are more niche. We’ve found the ten best mods to add to enhance your Farming Simulator 19 gameplay.

Big Bud 747 is a massive tractor that puts everything else to shame. It isn’t the most customizable of tractors, but size matters more. Players can change the number of wheels, ranging from the standard four wheels to up to 12. It has 1100 horsepower making it capable of pulling anything you throw at it.

This is an enjoyable mod that vehicle fans will love. It doesn’t flinch with some of the largest tools, keeping speed regardless of what is attached. However, it doesn’t have the best turn radius, and the more wheels added on will make it clunky and prone to getting stuck on fencing or walls.

If you own any vehicles in Farming Simulator 19, odds are you have experienced the clutter that comes with owning more than two. Tools and vehicles are often separate, causing even more clutter as you struggle to park them someplace out of the way. Composite Machine Sheds is the answer. They are placeable sheds for housing vehicles and keeping them out of your fields.

Composite Machine Sheds has three different sheds, each in a different size. They can be purchased at the store and placed on any plot of land owned by the player. The sheds house vehicles up to 16 meters in length. Each shed comes with a light installation and sectional doors that open and close at the push of a button. Unless you are going for a particular decoration scheme, these will work with any map.

For dedicated server owners, there is the Farming Simulator League DLC. While it’s less of a mod and more of a DLC, it falls closer to what a mod would do instead of a DLC. It adds a competitive game mode to the base game, mirroring the official, competitive tournament. This mod is only available for PC players and highly recommended for server owners. Hosted games may struggle under strain, dedicated servers will run smoother and won’t stress the host’s computer.

There are many map options already, ranging from official to user created. Most maps are based on existing locations, such as the Ireland map mod. FlatMap is a customizable map for players that want to build their own maps without using the mod maker. The map contains only stores, as those cannot be removed, and land. Buildings, trees, rocks, walls, bodies of water, and fencing are not included.

This map enables creativity, but it cannot be used on its own. Unless you wish to farm in a void, you will need to get the missing assets from the modhub to truly craft your own map. Many mods exist for placing trees, rocks, bushes, and more. The standard buildings that come with maps are removed but are included in the map’s store for players to place on their own.

Thanks to the game’s existing terraforming tools, players can even build the landscape of how they would like on this map. The map also has additional textures to further craft the map to your desires.

Horses are the fastest way to earn money in Farming Simulator 19. What if your efforts were rewarded with more horses to level and sell? Horse Breeding adds a new level of horse management to the game. The mod adds a placeable enclosure for horses, like the default paddock. Horses placed in this stable will have the chance to breed if their needs are fully met and maintained.

Default vanilla trailers can be hit and miss because there is a limited selection in the store. The ITRunner Pack adds eight different trailers for the different crop types. This mod is made by Giants Software, the company that owns Farming Simulator 19 and the mod tools. Because it is an official mod, it works well in the game, without game-breaking bugs.

Water can be one of the more challenging parts of the game. Machines get stuck while trying to pull water from different resources. Most animals require a frequent source of water that must be refilled daily. Water storage can be placed on properties, but it is an eyesore. Pond Water Store offers a new type of water storage and use. It’s a simple mod that creates a surface level pond that can be used to fill animal water troughs. It comes in two sizes: small and large. The mod suggests placing it over a hole. If there is no hole on the map, terraforming tools exist to craft the exact one you need.

Road Rage isn’t the typical vehicle seen in Farming Simulator 19; after all, what farmer is driving a fancy sports car like this? But it is one of the top downloaded and a user favorite with high ratings.

Animal husbandry is a big part of farming. The game features chickens, cows, pigs, sheep, and horses. Maintaining each pen can be difficult and requires players to check on the animals frequently. The only way to see the data is to pause your task, open the menu, and look at the animal stats. With Stockman, your animals’ data is easily displayed on the right-hand side of your screen. Alerts will pop up to let you know when an animal needs something. This is a fantastic quality of life mod that improves the user experience.

Vineyard adds a new crop type to the game: grapes. It is a vineyard that can be placed on any owned land. Unlike most crops, it doesn’t need to be placed on a ready field. The vineyard will need manure and water, and players can choose between red and white grape types. This mod would pair well with a map inspired by Italy or California.