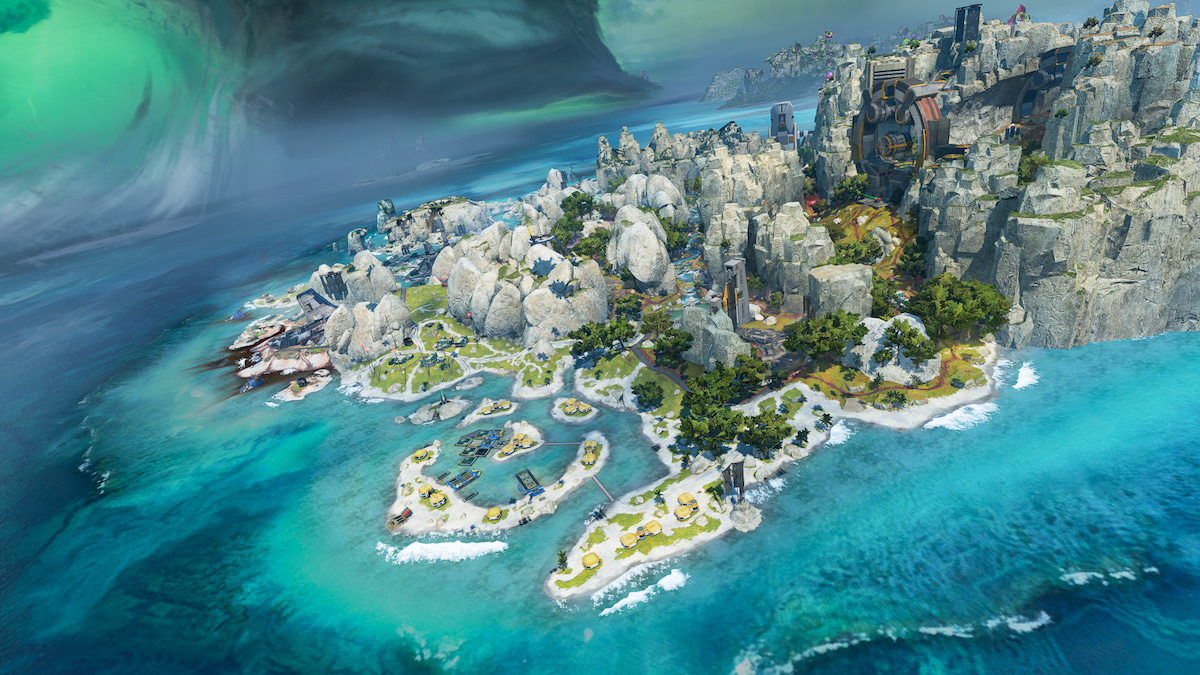 With the launch of Season 11: Escape in Apex Legends comes the new Storm Point map. If the past is any tell, with a new map comes a new meta that will define the playstyle of all prospective Apex champions. While all available legends are valuable and useful in their own rights, there are certainly some that outperform others in some situations, allowing you to get the upper hand in a fight. Here are our recommendations for the best legends to use on the new Storm Point map.

Ash is the newest legend to join the cast, and with her comes a kit that perfectly fits the aggressive player who isn’t afraid to push and create openings for their team. Additionally, Ash is an expert at finding other squads with her Marked for Death passive ability, making it so no Legends can escape your wrath. On Storm Point, Ash will help you quickly traverse the harsh tropics using her Phase Breach ultimate and surprise your opposition with her Arc Snare tactical.

Bloodhound continues to dominate the Apex Games due to their tracking and scanning abilities. With Storm Point being a new map, players may find themselves a little stranded and confused on rotations. Enter Bloodhound, the Legend that will help you find your way around Storm Point using their Tracker passive. As always, Bloodhound’s Eye of the Allfather tactical will immediately give you the advantage in any gunfight, and when the time is right, use their Beast of the Hunt ultimate to wreak havoc on opposing Legends.

Wattson received some incredibly strong buffs with the launch of Season 11: Escape that may shift her into the meta, especially on Storm Point. Wattson might be the best Legend for late gameplay now, and on Storm Point, you’ll be able to set up for success using her Perimeter Security tactical to close off any flanks or buildings. With the buff to her Interception Pylon ultimate, you will be able to take close-quarters team fights with confidence as your shields will recharge much more quickly. Be sure to use ultimate accelerants so you have your Interception Pylon as much as possible.

Valkyrie is the best Legend available when it comes to traversing the harsh landscapes of the Storm Point map. Valkyrie is fantastic at both finding opposing Legends and getting the drop on them. Use your Missle Swarm tactile to stun your enemies and your Passive VTOL Jets to get the high ground. Additionally, If things get a little rough, use her Skyward Dive to reposition on Storm Point. Pair Valkyrie with Ash to surprise and stun every team you run into.

Horizon always seems to find herself in and out of the meta, but with recent buffs to her kit, she definitely fits the Storm Point map well. The name of the game of Storm Point already seems to be positioning and preventing rotations, exactly what Horizon is good for. Use your Gravity Lift tactical to get you and your teammates a better fighting position. Deploy your Black Hole ultimate whenever another team is pushing or holding to group them up and lay into them.