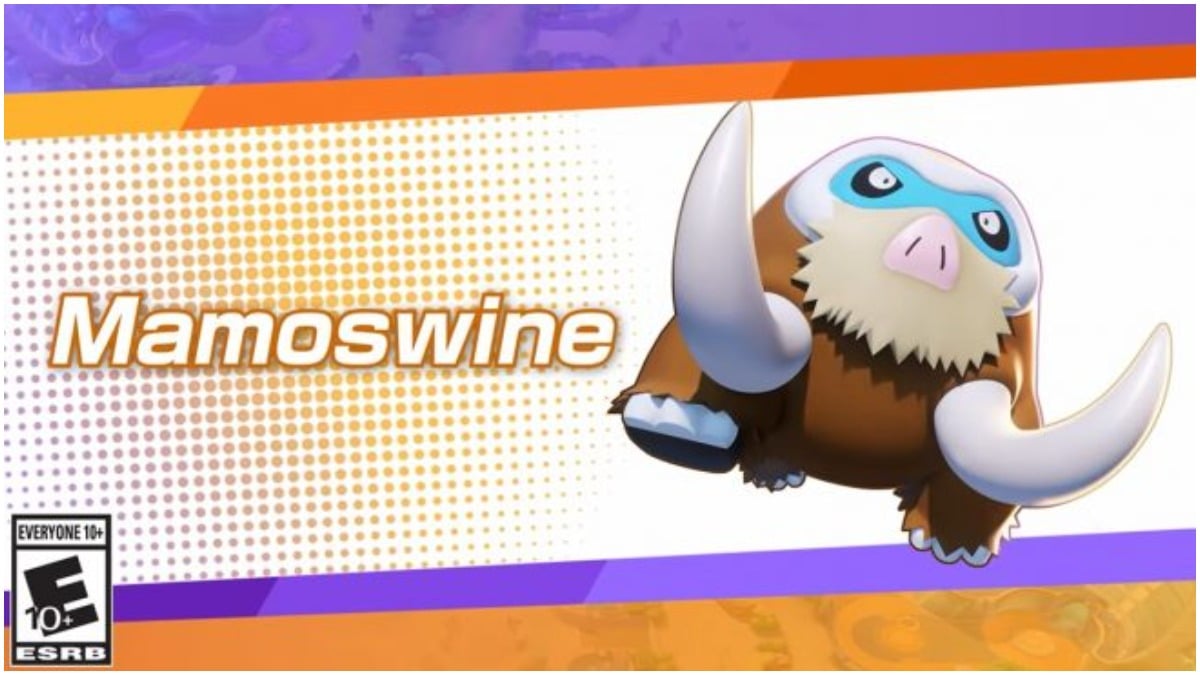 The overall roster of Pokémon Unite continues to grow as Mamoswine has made its way to the game. The Ice-type Pokémon is a defender that packs a lot of utility in its kit. Mamoswine has a pretty straightforward playstyle, and its kit is easy to execute.

Although Mamoswine doesn’t deal an insane amount of damage with basic attacks, the Pokémon’s every third basic attack will leave the target frozen for a short duration. As a Swinub at level 1, you can either start with Tackle or Ice Shard. The choice doesn’t really matter here as you will automatically learn the move you didn’t pick at level 3; however, it’s better to open with Ice Shard as the move gets its upgrade quicker than Tackle.

At level 6, Swinub will evolve into Piloswine, and you will get the choice to upgrade Ice shard into Icicle Crash or Ice Fang. Since Mamoswine is intended to be a defender, it’s better to go with Icicle Crash. The move allows the Pokémon to throw icicles on the targeted location that deals damage and slows everyone hit by it. On the other hand, Ice Fang allows Piloswine to grab the nearest enemy Pokémon and throw it behind. The move also leaves the target frozen for a short duration.

At level 8, you can upgrade Tackle into High Horse Power or Earthquake. Both of these moves offer a dash, but Earthquake has a shorter cooldown and is easier to execute. Earthquake also deals AoE damage, making it ideal for team fights.

Piloswine evolves into Mamoswine at level 10 and gets access to Mammoth Mash (Unite move). The move allows Mamoswine to stomp the ground repeatedly, dealing damage to nearby enemies with each stomp and slowing their movement speed. Additionally, the final stomp will push nearby enemies backward.

Mamoswine has a pretty defense-oriented build when it comes to the best items. Muscle and Focus Band complete its core build and synergizes perfectly with the Pokémon’s kit. The final item depends on your playstyle and preference. Score Shield is good for aggressive players that are looking to score continuously. On the other hand, Assault Vest is suitable for players looking to be frontline and absorb damage for their teammates.

Eject Button is generally the standard Battle item for Mamoswine, but players can also go with Potion or X Defense.