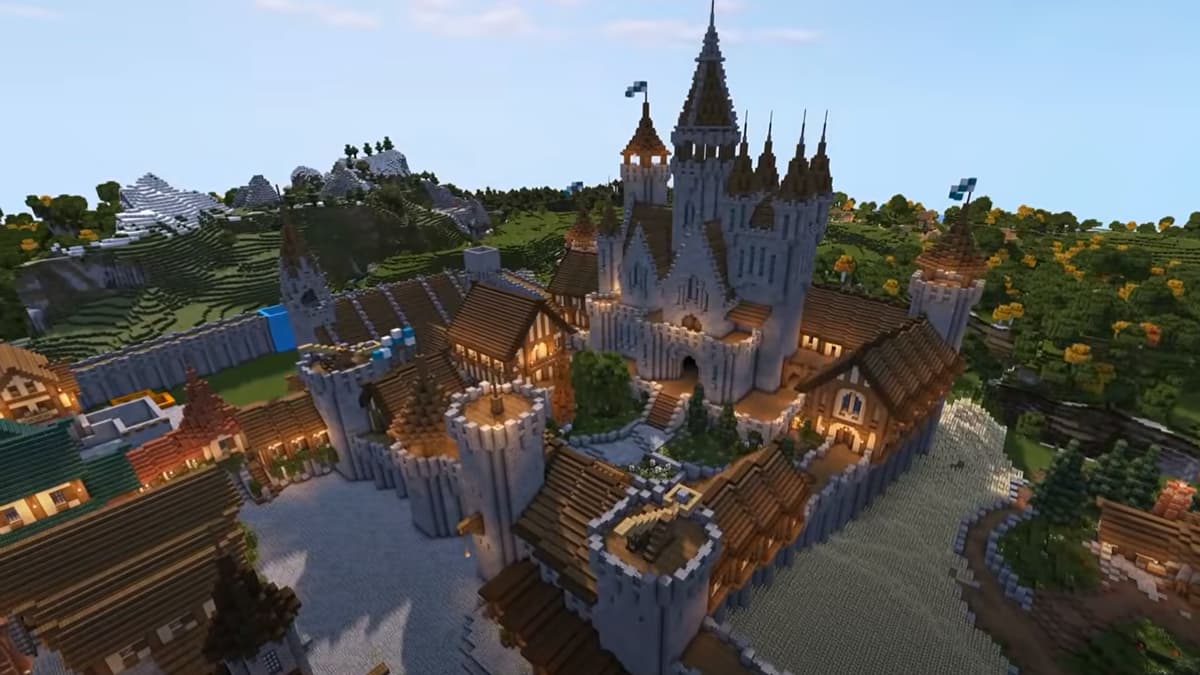 The scope of creativity found within Minecraft can be daunting, like looking at a blank canvas with no idea as to where to start your next painting. Still, walls must be erected to keep the survivors safe from enemies and the elements, meaning that building in some form is necessary.

It’s been said that genius is 1% inspiration and 99% perspiration. While you’re planning your next abode, here’s a little inspiration to get the gears moving.

In Minecraft, it’s general knowledge that your character is two blocks tall. That being said, building a house that is two blocks tall invites claustrophobia while limiting what you can do with that space. So whether you’re constructing a perimeter or a house, a crafting hall or stable, build tall and large.

The best builder in the world can’t make a wall look better than a wall — that’s why they’re spruced up with pictures, paints, lights, and the sort. The same is true in Minecraft: repeated use of a singular block is going to appear uninspired and drab. Add elements of depth to your walls using stairs as trusses, shift between wood, stone, and ore-based blocks.

While looking pretty is the overall idea for building, don’t forget the key mechanics of Minecraft that you’ll need to heed while building. Ensure that areas around your walls can maintain an adequate light level so that enemies don’t spawn, and also take into account how you’ll traverse the walls. Some blocks, such as fences, can be difficult to shoot over, while others can give enemies the opportunity to shoot at you.

This outer wall by Cubey makes usage of cobblestone as the primary building material, and tree logs intermittently to punctuate the design. Along with stairs and slabs on the exterior to accent the build, he has created a unique outer wall to keep precious resources safe. It’s worth noting that this specific wall is nine blocks thick, filled with cobblestone to ensure that even an errant creeper blast won’t render his defenses pointless. You could push a bit further and fill these walls with obsidian, but the depth present should more than deter enemies.

For this wall, Eric uses slabs and fence posts to create a unique outer wall that doesn’t interfere with vision. The wall won’t block line-of-sight from enemies but offers a rather open take on the typical dozens of bricks placed on each other. The top accent offers a means to break the patterns exhibited by the lower half, and the alcove provides space for the planting of flowers.

Two relatively new stone types in Minecraft are andesite and diorite — both criminally underused in terms of modern building. Polishing these blocks turns them into beautiful building blocks that can flesh out a build, and once you add in the deepslate, the wall almost makes itself. The great part about this wall is that it can work for both internal walls and external, simply by shifting the iron bars to glass.

Copper plays an important role as well: waxing it with honeycomb after it’s reached a full state of oxidization gives a unique green hue that can be used as roofing materials. Finally, the glowstone ensures that we’re not dealing with erroneous monsters while trying to craft.

If you’re feeling adventurous, and want to turn a few heads, building a wall of trees can serve as a unique means to finish an elvish-esque abode. Place the saplings and use bone meal to force them to grow; you can even trim the leaves to make walkways or to have defined edges. The best part of using trees as a wall is that they’ll blend into the environment, meaning your base could stay hidden from PvPers or griefers.

You can use shears to grab the leaves from the trees to help make roofs and columns, and force other trees using plenty of bone meal to flesh out your one-of-a-kind house. How many people do you know have made their houses out of trees? Be cautious building a live house in modded servers, however: certain mods that help chop down trees could fell your entire house in one accidental swoop.