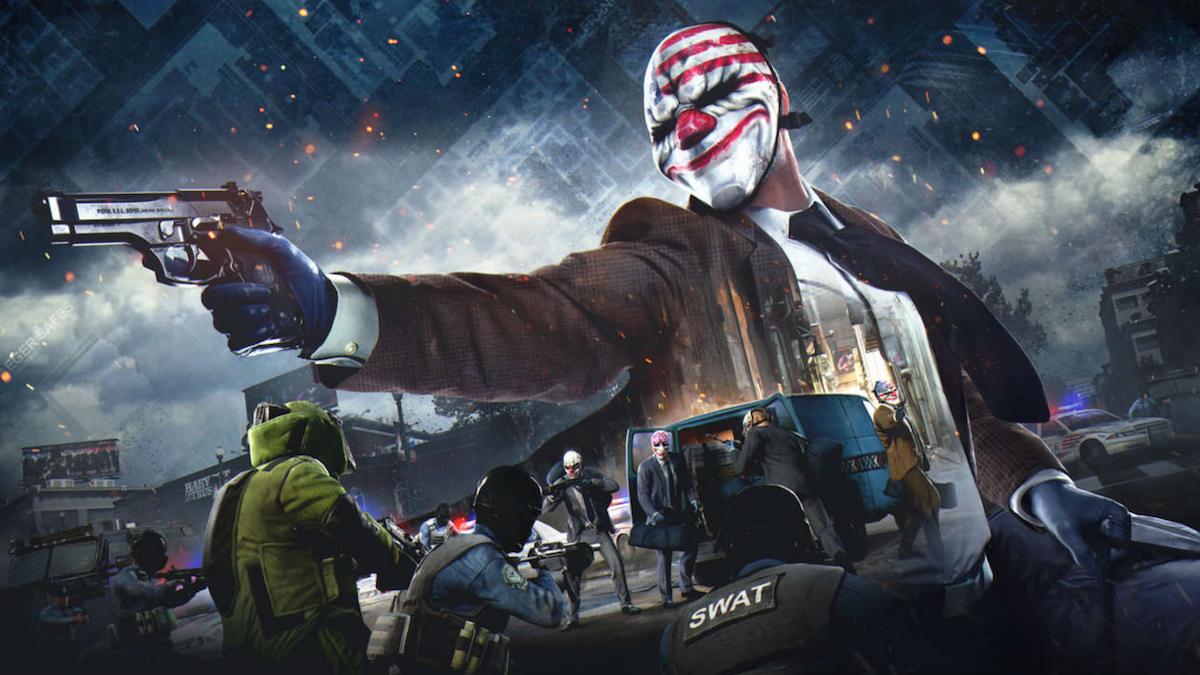 Payday 2 offers many in-the-moment thrills as you work with your team to pull off a big heist, and you can take that even further when you introduce mods into the equation.

We all know what mods do: they alter the game and help change the overall experience in ways created by the game’ community. Luckily for fans of Payday 2, the game’s developers support a good amount of the modding done for their game, so you don’t have to worry about them banning or reprimanding you.

The following mods are the ones that we, and the community, find to be the best available, either bringing you something fresh to the table or refining the systems already in place.

Bots can be the best thing in a game and also the worst. There is nothing wrong with wanting to play with just bots in your game; sometimes, it’s just too much to worry about another player. But using Bots instead brings about teammates who aren’t quite as smart as your other ones. This mod can help with that by making the bots smarter and improving their logic. They will go where you tell them to, they will mark enemies for you, and generally make the entire combat process a lot easier.

While not affecting the gameplay itself, this mod is a must-have tool for anyone looking to mod the game. Its easy-to-use menus offer the drag-and-drop ability to add the mods to your game. If a mod needs an update, it will update it for you. It’s a really useful tool that will make the whole process of modding a breeze.

Turn your heist into something that feels straight out of Fallout, as this mod will cause any body part hit with a bullet to fly off. Yes, it’s bloody, and yes, it’s a lot of fun to have installed. It may not be the most realistic of changes you can make to the game, but we absolutely recommend trying.

The base game only has two firing modes for your guns: single and auto. Find that sweet spot in the middle with the Burstfire mod, which will give you the ability to shoot three bullets at a time. It helps maintain the accuracy and stabilization of single-fire while also giving you more bullets with each shot to do damage.

Payday 2 doesn’t give you a crosshair to use in the base game, meaning you have to pay a little bit more attention when you’re firing your gun. However, this mod can help make it easier by adding a crosshair for you, so you will know exactly where your bullets will be hitting. You can change the crosshairs’ size and color as well, allowing you to find whichever way works best for you.

You can get a slight edge in combat with this mod, which will give you an enemy’s health and information when you aim at them in the game. You can see a green bar that you know will have a maximum health of 30, so you can assume how much damage you have done to them.

This mod will introduce different mods into the game that can help you identify which part of your body that you’ve hit, as well as if the shot was lethal to the enemy or not. For example, a red hit marker will tell you that you got a headshot. You can alter the texture of the hitmarker as well to fit your preferences.

Add some flair to your battles with this mod, which will add the classic spark effect to your bullets hitting metal surfaces. It’s an old trick used by Hollywood to give their shootout scenes a little more flair and to indicate the bullet hitting the surface, and it really does add a new layer of immersion to the game, in our opinion.

This mod will help you rebalance the game and add masks, new heist maps, and weapons. It will also improve the AI and the logic of the police, giving you a much greater challenge. It will add some new enemies to the game, like the Grenadier, who will use teargas to force you out of hiding.

You will need SuperBLT, Beardlib, and the VoiceLine Framework to properly install this mod.

This mod will bring a much-needed layer of customization to the HUD and even gives you some help in the game. You can enable an Auto-Pickup, Kill Counter, Weapon Loadout, and more. It’s a lot to help smooth over some of the rougher parts of the game.