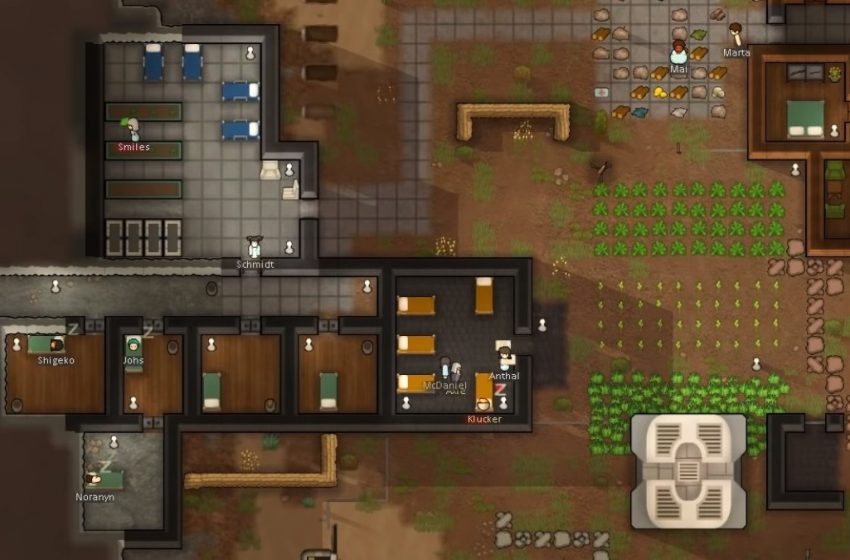 Rimworld is a challenging tycoon simulator well known for being addictive despite its ugly, clunky interface. And like many PC games, Rimworld has an active modding community through the Steam Workshop among other modding sites.

Some of these mods simply enhance gameplay while others, Zombie Apocalypse, change it so dramatically that it is hardly recognizable. The most popular mods tackle some of the biggest issues in the game like the tedious tasks and jumbled interface.

Here are ten mods that enhance gameplay and make managing your colony a little bit easier.

Prepare Carefully is an essential mod for Rimworld players. After getting understandably frustrated with a normal game, this mod can make for a much more enjoyable experience. Prepare Carefully allows you to make changes to every aspect of your colonists. You can change their name, stats, appearance, and starting equipment. It also allows you to set your own starting resources. Be careful when using this mod though because giving yourself overpowered colonists might make the game easier, but it also takes away any real challenge.

This mod works really well with Prepare Carefully. Reunion allows you to create pawns that can be discovered in-game through vanilla visitor joining events. When you create a new pawn via Prepare Carefully, you can give them a new trait Reunion trait. This trait puts pawns on a list that will allow them to appear in-game over time.

Glitter Tech adds new tech to the game for you to play with. There are new buildings, items, and resources to experiment with, but this new tech is balanced by increased difficulty. The new resources attract corporate factions that will want your new tech and will attempt to take it from you. Luckily the mod also adds new energy weapons, armor, turrets, and mortars for you to use to prepare.

This mod was made by a Steam user called Fluffy, who has created several mods that enhance the game and are all worth downloading. Colony Manager allows you to automate some of the more repetitive parts of the game. You can create tasks for gathering resources like wood and food without having to manually designate jobs like in the vanilla game. This mod will make it easy for you to keep vital resources in stock so you can focus on other tasks.

Another mod by Fluffy, this mod takes some of the repetitiveness out of the game. The mod allows you to create blueprints for buildings you have created. The blueprints allow you to copy anything you have already constructed, including walls and furniture. You can then use the blueprint later to place the same construction elsewhere with just a few clicks. The blueprints are also usable between saves if you use the export function.

Yet another Fluffy mod, this mod replaces the faction tab with a relations tab. The new tab allows you to better see the relations between your colonists and factions. This really helps with managing colonists and handling games with a lot of different faction mods installed. The tab gives you a dynamic graph showing all of the different relationships between the colonists you have available.

Sensing a theme here? This is the last mod we will feature from Fluffy. This mod improves the default animals tab to give you more information about your animals and help you manage them better. The tab gives you information like gender, stage of life, and body size. This is a very useful mod for managing farms and meals. You can also rename pets and filter for specific attributes.

Advancing your tech level in Rimworld can be a huge pain. The conditions you need to meet to advance can be pretty vague which only makes matters worse. This mod changes the game so your tech level advances based on what techs you have already researched. There are only two conditions for advancing your level now. If you research over half of the projects for a tech level your level will increase to match that level. If you research all of the projects for a tech level and the levels below it your level will increase to that level plus one.

Quarry, like Colony Manager, makes it a bit easier to maintain vital resources without really having to think about it. This mod focuses on gathering stone. You can now assign pawns to dig out a limitless stone quarry without running the risk of incidence like infestations. You can combine this mod with other mods like Colony Manager to gain an almost limitless supply without having to use manual assignment.

The research tab in Rimworld is a clunky nightmare. And when you install mods like Glitter Tech, which adds new research, the tab is even worse. Research Pal fixes this problem. This mod creates a new research tab that is similar to the simpler and more logical one found in Civilization games. The mod gives you an easy to read tech tree and allows you to automatically queue the steps needed to complete a research task.