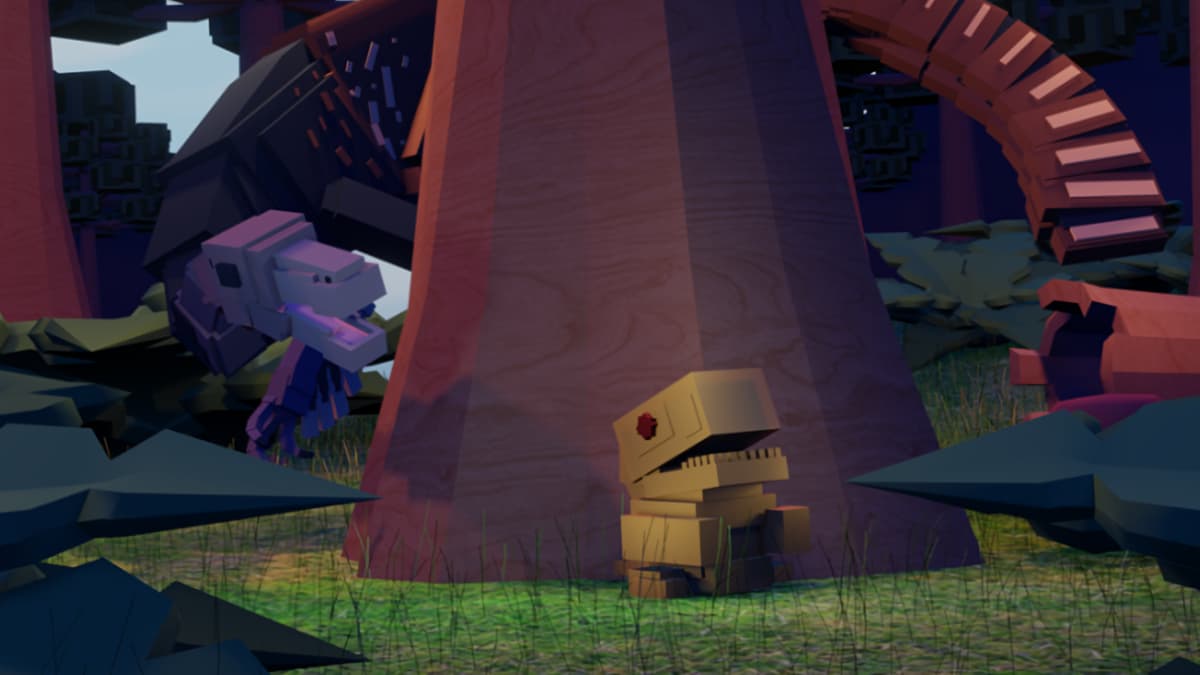 Dinosaurs may have been extinct for millions of years, but that doesn’t mean that they are any less cool. So when a game like Roblox comes along to allow you to create just about whatever you want, there are certainly going to be dinosaurs somewhere along the way.

There are countless games to choose from in Roblox, and that’s still the case when it just comes to games about dinosaurs. But lucky for you, we narrowed it down to our favorites right here for you.

Cenozoic Survival, as you can tell by the title, has you living in the Cenozoic Era and allows you to play as one of the many animals from that time. The map is impressively large, as are the systems in place. You can form villages that you must defend from the enemies around you, hunt as you please, and build the best creature you can.

If you’re a fan of that arcade game aesthetic, then Dinosaur Arcade is the title for you. You’ll be exploring the game’s world to search for fossils so you can research new dinosaurs to play as. The game is also a simulation game as you’ll need to take care of yourself so you can survive as long as possible. So, eating foliage, drinking water, and staying away from bigger dinosaurs who might want to hunt you down is crucial to your survival.

Dinosaurs are dangerous creatures — we all know that — so why not try to hunt some of them down before they do some real damage? That’s what you will do in Dinosaur Hunter, which has you hunting down the prehistoric creatures. Just be careful, as they are also looking for you and you will have to use your wits and intelligence to survive. It’s an intense, fun experience that comes with a variety of game modes that you can play. It has a solid rating on Roblox.com for a reason.

Not only can you live out the life of a dinosaur on land in the sizable Dinosaur Simulator, but you can also take your journey underwater and live there. The world is enormous and there’s plenty for you to do. The game is sitting at an 80% approval rating, which is one of the highest ratings we have on this list. There’s a reason this game is so popular, and that’s because it is so big and well done.

There are plenty of dinosaurs for you to come across and discover in Dinosaur Tycoon!, which has you hunting down all kinds of our favorite animals. There is an impressive amount of dinosaurs for you to find, and many of them won’t go down without a fight. The best part is that this game can be played with friends, which usually makes anything much more enjoyable. There isn’t anything better than hunting down some dinos with your friends.

Dinosaur World Mobile will let you experience the life of a dinosaur, starting you out as a small one. As you play, you will research and learn from the bigger, better dinosaurs around you to grow yourself, increasing your chances of survival. You can hunt for your food, forge friendships (or rivalries) with other dinosaurs you meet, and the game will even let you customize your appearance. While the word “mobile” is in the title, this game runs perfectly on your PC as well, so you won’t be restricted to just playing on your mobile device.

Dinosaur Zoo is basically Pokémon but with dinosaurs, which is just awesome. You are in charge of running your own zoo full of these lizard-like creatures. You can feed and maintain them, help them level up and improve, and open packs of cards to find better dinosaurs to add to your collection. Grow your zoo, bring in every single dinosaur, and become the very best dino-zoo owner in the world. Who wouldn’t want to run their very own Jurassic Park, after all? And this one doesn’t have the risk of everything getting free.

Here’s another obstacle course for you to run through, all while being chased by a dinosaur. Even in Roblox, being chased by a dinosaur is a pretty intense and exciting thing, and with more obstacles being thrown in your way, this game is incredibly fun. Keep trying to get a better time and keep your competitive spirit alive. It’s a simple concept that offers a great amount of fun.

Obbys are some of the most fun you can have in Roblox, and this one has you trying to get through the course surrounded by dinosaurs. Run around giant dinosaurs as you try to beat your record over and over again. The course is pretty well-designed, and even though the approval rating is on the lower side, we really do think this Obby is worth your time.

Another game that has you simulating the life of a dinosaur, Prior Extinction has a nice, realistic look to its graphics. You can choose between a variety of dinosaurs and live in a world 65 million years ago. The game is all about survival, pitting you against nature and other dinosaurs alike. Hunt for your food, but be sure to check that you’re not being hunted yourself. The game has consistent work done on it and holds a 77% approval rating on the Roblox website, which is very solid.