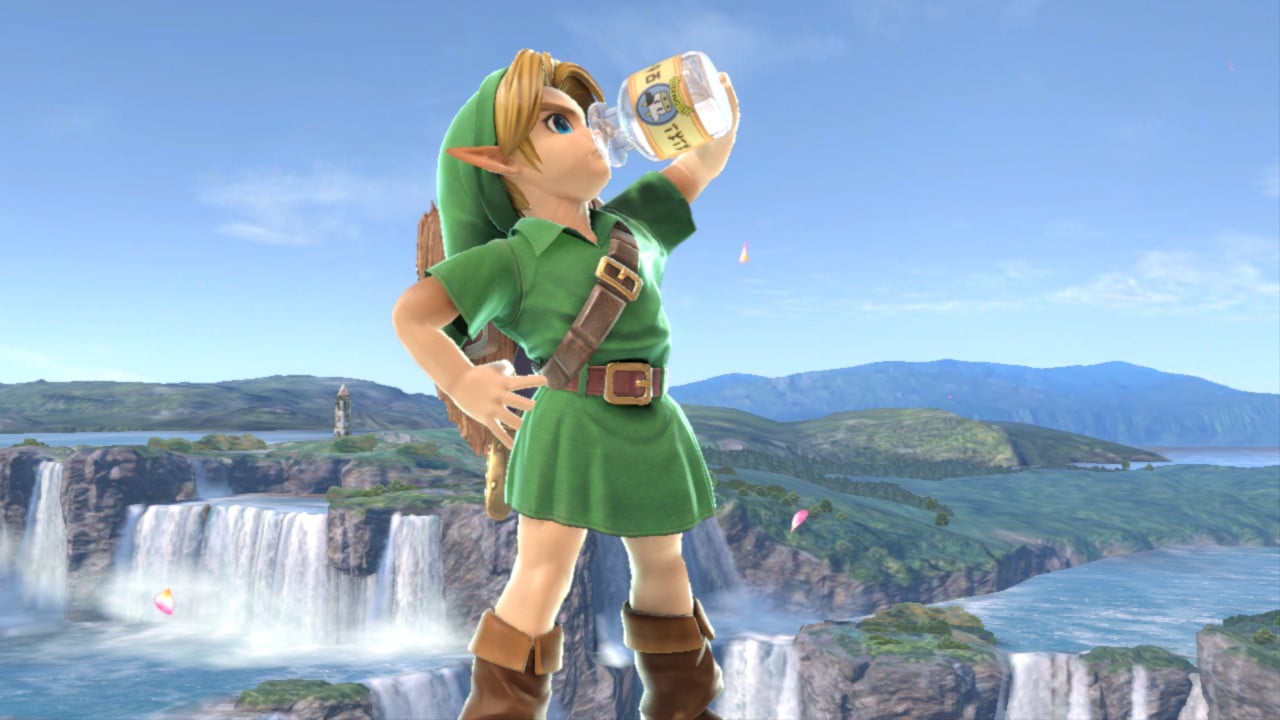 There are many sword fighters to choose from in the Super Smash Bros. Ultimate roster, but some stand out more than others. It’s a common complaint that there are too many who wield a blade, but each has their own qualities and benefits to every fight. Here are the best to pick from the powerful Sephiroth to the mischievous Young Link.

Looking cool, Joker! This DLC character is fast, powerful, and has strong projectiles. Those are the three most requested aspects that Smash Bros competitors are looking for, and Joker has them in spades. Joker is agile in the air with an outstanding neutral attack, and his recovery is one of the best as he can hook himself up to the ledge in a jiffy from far below the stage. His Eiha projectile, once hit, can cause gradual poisonous damage that can be devastating to one’s health bar. In addition, his poking ability is fantastic as he can slide attack under opponents and stab with his dagger at a decent range. His counter system is top-notch, too, as it can turn the tables of a match quickly. Over time, there’s a bar you can fill that, once completed, will summon Arsene. Joker is way more dangerous when this persona is active as the knockout from smash attacks is outrageous. It’s not a good time either when Joker counters while Arsene, as it can leave his victims flying. His counter can also be used as a way to fill up the bar when Arsene is not around.

With Lucina, poking is the game, and she’s very good at it. Her down tilt can easily scoop foes off their feet. With her lightning-fast attacks, she can throw off opponents easily as she’s a master of the sword. Lucina players have combos for days. Her damage is solid compared to her other Fire Emblem compatriots, and those who are great at spacing can utilize this warrior correctly. Her aerial game is very reliable, too, with a standout up tilt air attack and wide neutral air. And don’t forget that her counter is blisteringly quick, throwing off players who rely on heavy attacks and projectiles to win the game.

Pyra & Mythra are unique as you get a two-for-one deal. Both Pyra and Mythra can switch between in a moment’s notice, so you’ll have access to heavy and light sword wielders at will. It’s incredibly handy as you can dish out damage as Mythra with her fast moves and then seal the deal with Pyra’s slow but powerful attacks. Both character’s ranges are amazing. Pyra can throw her sword as a projectile that can burn her enemies to a crisp, while Mythra can sweep in with a surprisingly wide volley of slashes. The range they have in the air is pretty incredible as they give an almost 180-degree slash upwards; this can be handy when you have a player near death and volleyed in the sky. If you can land Pyra’s vertical drop flame slash, it could be lights out for anyone under it. They may be relatively new characters in Super Smash Bros., but they’ve already left their mark.

Sephiroth might be one of the most overpowered characters in Super Smash Bros Ultimate, but if you’ve ever played Final Fantasy VII before, you’d know that it’s fitting. His comically long sword can hit opponents two or three strides away, and like Pyra & Mythra, Sephiroth’s slashing range is at a deadly 180-degree angle. In addition, he’s a poking machine, and if the tip of the sword hits just right, you’ll get more damage. He also takes a cue from Joker as he can slide dash out of situations. His projectiles are very powerful. When fully charged, his Gigaflare can decimate your rivals with around 40% damage. His side-B shadow flare, once hit, can linger around opponents for around a five-second delay. If three land, they can deal 24% damage, and if five hit, it’s approximately 40%. They cause a tremendous amount of knockback too, so if you time it just right at the end of a combo after the delay, you can have these blasts smack your victim into oblivion.

He may be small, but Young Link can be effective in battle. He’s a versatile character that can deal with multiple situations. His projectiles are incredibly useful. The fire arrow can stun into a combo, and the bombs deal a decent amount of damage. Also, the boomerang as it comes back can get your opponent out of sync if they don’t expect the hit from behind. His knockback potential is fantastic as he has a double slash smash attack, his deadly spike from the air, and a cheeky low sweep that can catch your foe by surprise. He also has one of the best neutral airs in the game as it’s fast and effective. Don’t underestimate the fairy boy.