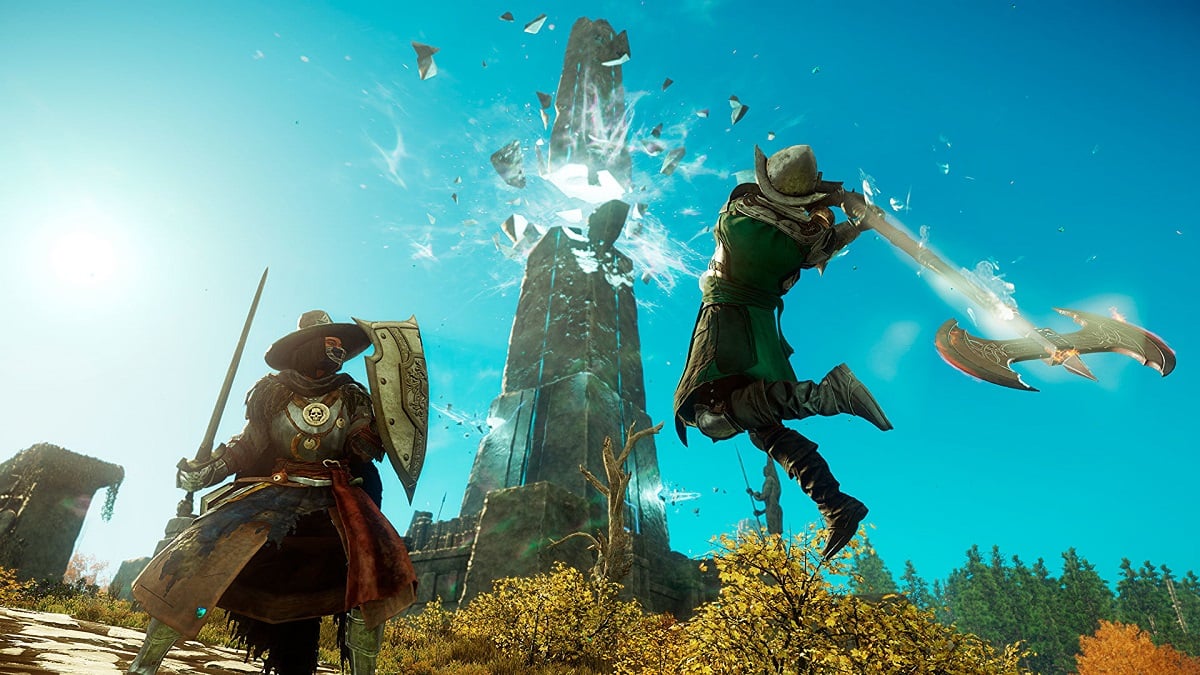 New World features players grouped into different classes striving to capture different territories on the map. There are weapons available in the game that will aid players in their regular journey and conquest. Although every weapon has a purpose, some are more viable than the rest. We’ve put together a list comprising the best weapons in New World. These weapons are viable in both the PvP and PvE modes of the New World.

Hatchet was considered to be one of the most powerful weapons during the initial stages of beta testing. However, the weapon has received several nerfs since bringing down its overall power level. That said, Hatchet is still viable and can wreak havoc when used correctly.
The Hatchet scales of both Strength and Dexterity. By increasing the Strength attribute, the damage of Hatchet will rise. Dexterity, on the other hand, has two skill trees being Berserker and Throwing. Berserker affects the physical damage of Hatchet while Throwing is useful when you throw the Hatchet to use it as a ranged weapon

A highly popular weapon, Bow is an extremely potent ranged weapon. The weapon scales of Dexterity and comprises Skirmisher and Hunter skill trees. Damage-over-time spells and utility skills like Poison Shot and Battle Precision are more prevalent in the Skirmisher tree. That said, the Hunter tree is more viable as it provides better DPS and consistent damage.

Fire Staff is arguably the strongest weapon in the game right now. It is a 2-hand magic weapon that only scales of Intelligence. The two skill trees present for Fire Staff users are Fire Mage and Pyromancer. The Fire Mage skill tree allows users to effectively AoE mob farm and is generally suited for end game content. Pyromancer, on the other hand, is more geared towards PvP mode.

Recommended skills to use- Incinerate, Burnout, and Fireball.

Life Staff is primarily a support weapon that scales of attribute known as focus. The two skill trees available for Life Staff are Healing and Protector, both revolving around heal and support attributes. However, unlike every weapon in this list, Life Staff lacks damage and generally requires a strong pairing to balance out the damage. One of the most optimal choices to use with Life Staff is Ice Gauntlet, a decent weapon that brings both crow control and damage to the table.

Recommended skills to use- Sacred Ground, Orb of Protection, and Ice Pylon.