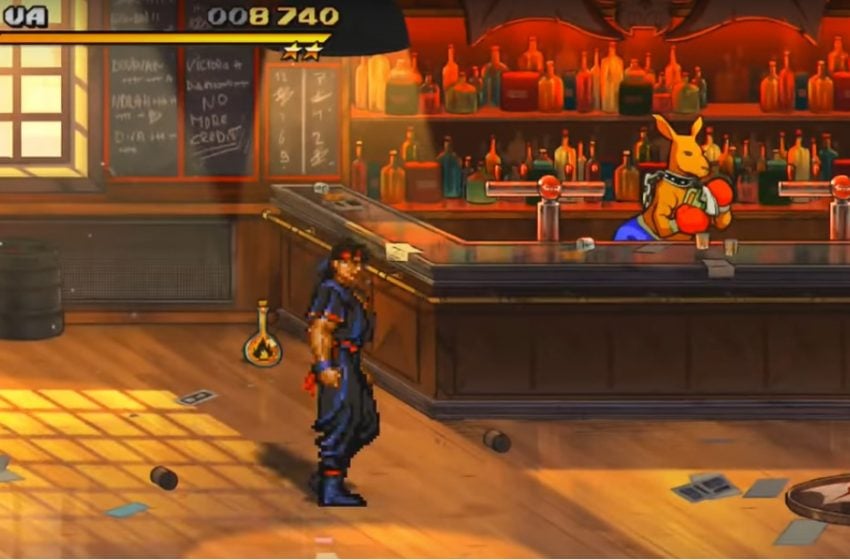 Streets of Rage 4 is full of nods to the franchise’s past. There are plenty of secrets to uncover, and that extends to playable unlockable characters.

How to unlock Victy the Kangaroo in Streets of Rage 4?

Before we dive into whether you can play as Roo, let’s take a brief look at how he was obtainable in its predecessor.

Streets of Rage 3 pitted you against a boss called Bruce. Roo was his trained “pet” — if you consider how he treated Roo to be worthy of calling him his pet — and was responsible for doing most of the fighting in this boss battle.

Roo would attack the player with jump kicks and spinning tail attacks while Bruce held back. If you knocked Roo down, Bruce would approach him and whip him to continue fighting. As we said, Bruce wasn’t the best owner.

If you managed to dodge Roo’s and Bruce’s attacks and defeat Bruce without defeating Roo, you’d add Roo to your character roster and be able to play as him. You could select him from the character menu once you lost all of your lives by selecting the “Continue” option.

With that all said, you can’t play as Roo in Streets of Rage 4. Roo and Ash are the only playable characters that don’t return in the sequel, but Roo does make a cameo appearance as an NPC. In the Bar of the Rising Sun section of Stage Five, you’ll see Roo acting as its bartender. He isn’t playable, but it’s a nice touch.

Roo could end up appearing as an unlockable character in any possible Streets of Rage 4 DLC. With no word on whether the game will receive any expansions, though, we don’t know whether he will be.