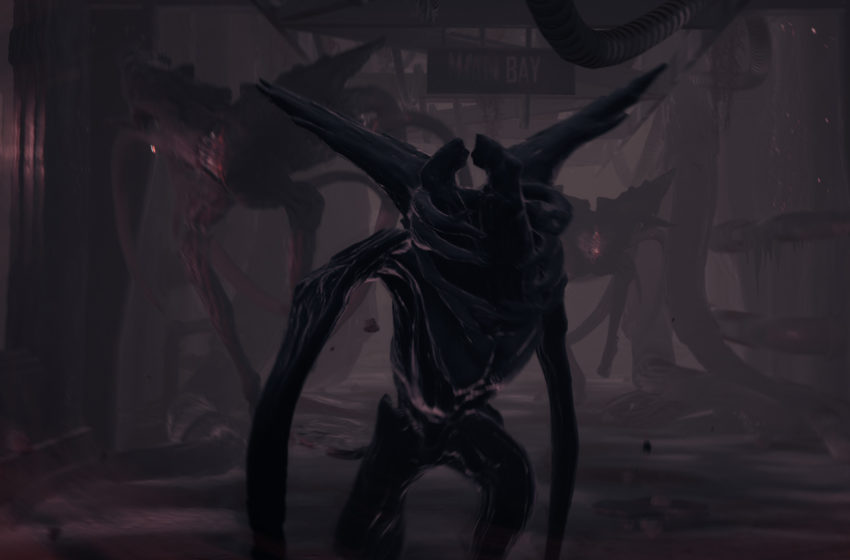 When you arrive at Ward Prime in Remnant: From The Ashes’ DLC Subject 2923, you might be startled to find these lumbering spectral creatures wandering around the halls. They don’t attack you, but your character reacts to them as if enemies were in the area. They’re harmless until you enter their world. You enter their world by interacting with the large, glowing red orbs in The First Ward. Upon doing this, they can see and attack you. They’re pretty strong, and they have a lot of health. Unfortunately, no matter how many times you take them down to near zero, they don’t appear to die. Therefore, they don’t drop anything useful. You’re better running past them to your next objective.

The large, four-legged creatures you see stalking around the halls in The First Ward can take damage, though. We’ve brought them down to near death, but shortly after, we watched them stand back up with restored health. These monsters are probably a way to encourage players to keep moving through the area, rather than allowing you to wander around.

There are small monsters you can see wandering floating around that you can take out. These creatures have a ranged attack, and we encourage you to take them out quickly. They drop ammo and scrap, so it never hurts to grab those. Regardless, it’s better to rush through these instances and avoid the larger creatures, saving your ammunition and health.