With Pokémon Home you can transfer your favorite Pokémon you capture in Pokémon Go and bring them on other adventures in other Pokémon games. The transfer system allows you to bring them from the mobile game to other Nintendo devices, but if you bring a Pokémon from a console or handheld game to Pokémon Go, it remains there. You won’t be able to take it out from the mobile game. There are also some restrictions regarding which Pokémon you transfer to Pokémon Home.

It looks players won’t be able transfer any of shadow, costume, or Mega-Evolved Pokémon to Pokémon Home. The details were shared by the Pokéminers on their APK breakdown on October 29 where they discovered a list of error codes that would appear whenever a player attempted to transfer a Pokémon from Go to Home. The biggest occurs highlighted were for any shadow, costume, or currently Mega-Evolved Pokémon.

There were other errors, such as trainers that were not a high enough level, if the Pokémon was favorited, there wasn’t enough space in the box, or the trainer did not have enough Home Transporter energy to send it over. While this information is datamined, and has not been officially confirmed by Niantic, it makes a great deal of sense why these Pokémon wouldn’t be able to transfer from Go to Home.

The shadow Pokémon or those wearing a costume are specifically made for Go, and would only work in the game. It wouldn’t make sense to see a Pikachu wearing a Halloween costume running around with you in Pokémon Sword and Shield. These restrictions might lift in the future, but for now, it looks like players have to stick with the traditional Pokémon they capture in the wild. It also highlights the fact that legendary Pokémon can certainly go to a trainer’s Home box. 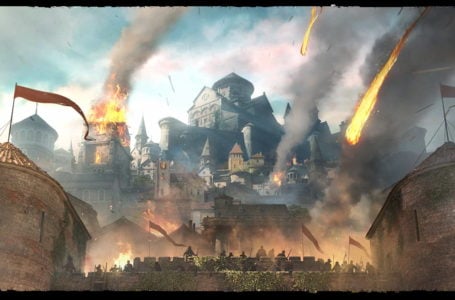 What is the release date for the Siege of Paris expansion in Assassin’s Creed Valhalla?