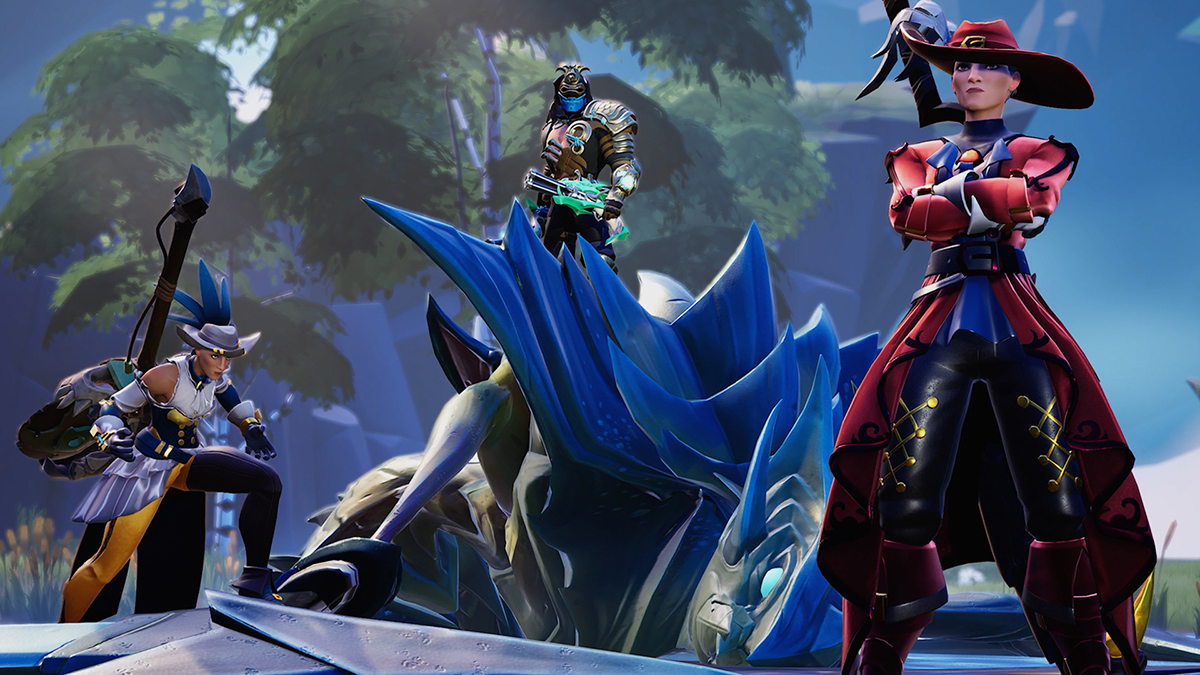 Behemoths in Dauntless have two different powered-up states they can enter to improve their combat abilities. Knowing what each one means will help you be better prepared to fight them when you’re out in the world exploring various biomes. This guide explains the difference between Enraged and Aether-charged Bethemoths, so you know what to do when approaching one.

Dauntless has a short tutorial that quickly shows you the basics, but there are plenty of details that the game leaves to you to discover. One of those is the existence of Aether-charged Behemoths and the difference between them and Enraged Behemoths. You may have noticed the term in some item descriptions, but it’s never clarified exactly what it means.

One of the easiest Behemoths to see the Aether-charged change on is Nayzaga. When this Behemoth is Aether-charged, the spikes on its back will grow in size and glow yellow with electrical energy. Other examples include the Embermane growing a fiery mane or Khabarak’s wings glowing white. Behemoths will hit harder in this state and have special attacks corresponding to their elements. For some Behemoths, there’s no question about when they’re Aether-charged because their attacks will change completely. When the Charrogg is Aether-charged, it’ll spray fire from the four vents on its shell’s corners.

What are Enraged Behemoths?

Enraged is the state that a Behemoth will move into once you’ve dealt enough damage to it. This state change can happen quickly if you’re dealing a lot of damage, particularly in duo hunts. The Enraged status is marked by a red sphere that explodes outwards from the Behemoth. During this Enraged state, Behemoths deal more damage and can even use completely new movesets. You can get some perks and weapons that help combat the Enraged status, but you should be able to battle through it regardless.

The difference between Enraged and Aether-charged explained

Just so we’re all on the same page, a Behemoth is any monster you fight in Dauntless, excluding minions like the ones that Boreus summons. Aether is the substance that Behemoths feed on, and it’s also what comes out of the vents that let you heal during hunts and powers your lantern abilities.