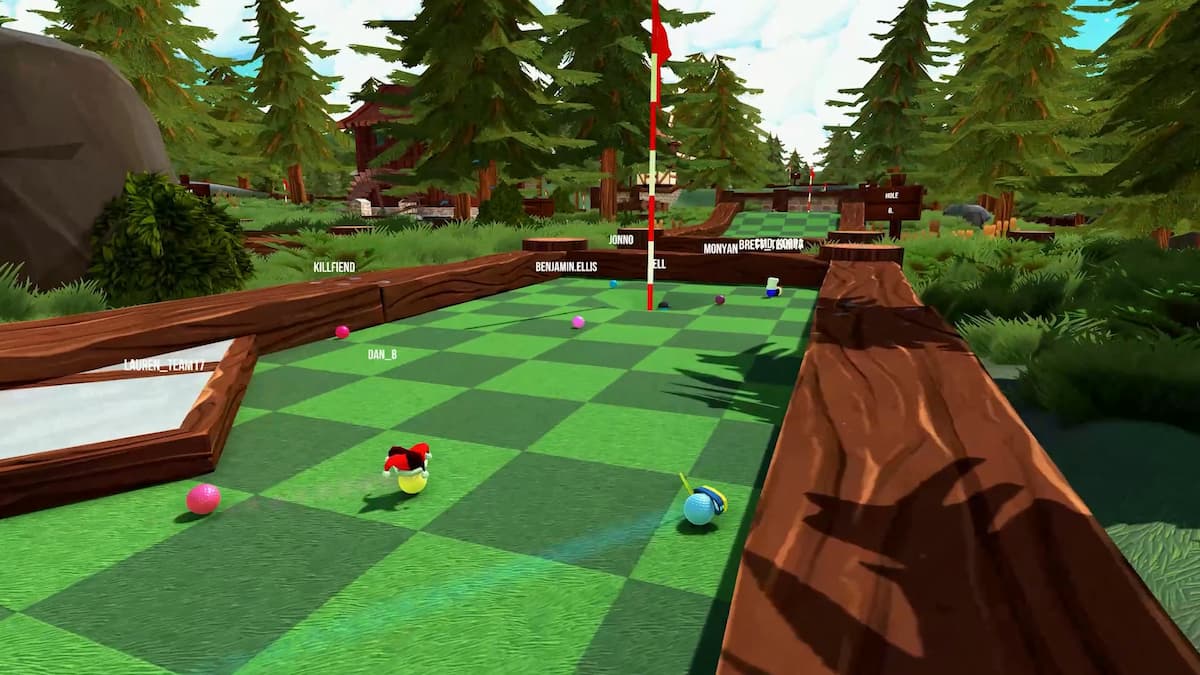 Golf With Your Friends is a fun party game that, as you might have expected from the game’s title, is best enjoyed with friends. You can play a traditional game of mini-golf or let the chaos reign by letting everyone putt at the same time and turn on collision between players so everyone is knocking each other off course. However, what if you want to play the game with a friend on a different console? Does Golf With Your Friends have cross-platform play?

Is Golf With Your Friends crossplay?

Unfortunately, there is no cross-platform functionality in Golf With Your Friends. If you want to play with people you know or randoms, you will be relegated to that platform’s community. PC players are stuck playing against people on computers, and console players also will be stuck to their particular console—no PlayStation to Nintendo or Xbox crossover whatsoever.

While it may be disappointing that Golf With Your Friends does not have crossplay, we can understand why the situation is this way. The title is a small, party game that probably was not expected to have much of a following when it was first released in 2016, which was quite a bit before cross-platform play became a staple in online games. After later releasing on consoles, the audience playing it grew dramatically. However, it may be a situation where the developers can not figure out a way to get the feature working in the game. That is mere speculation, though, as we have not seen any explanation or announcement of plans for crossplay to ever come to Golf With Your Friends.

If there is ever an update made for the game to allow players across platforms to play against each other, we will update this article.