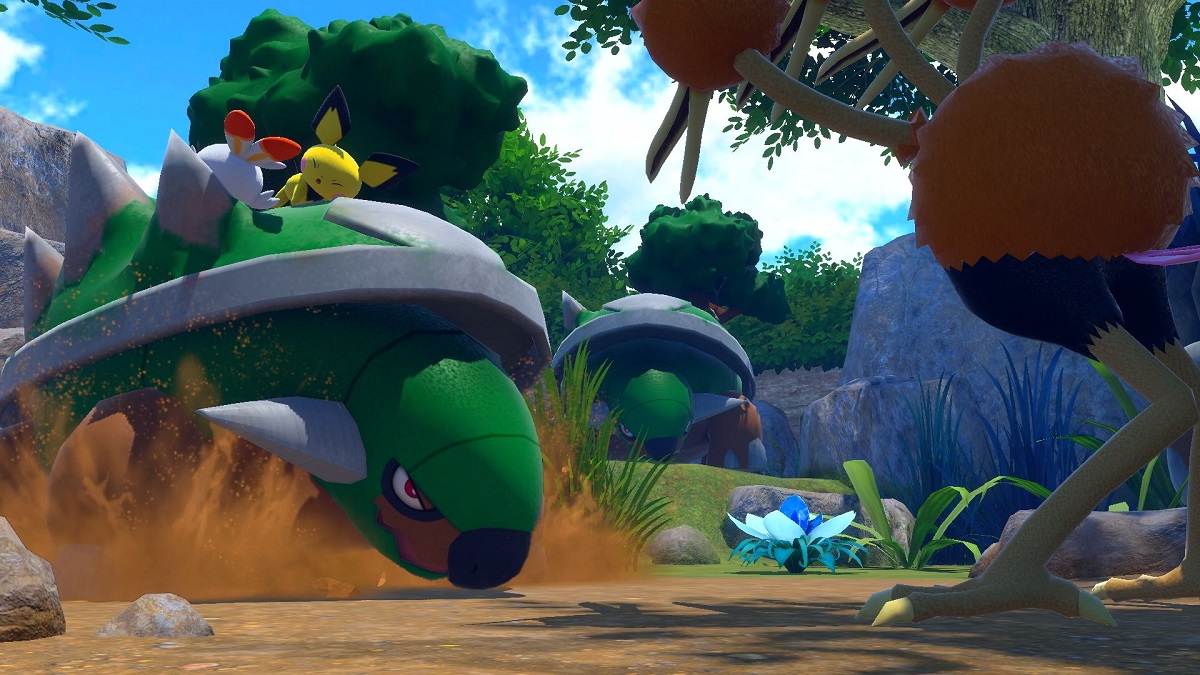 The New Pokémon Snap adventure on the Nintendo Switch gives players the chance to encounter and photography Pokémon in their natural habitat. These wild Pokémon will be all over the place, and you can use several items to make them perform certain actions, and explore these regions at different times to seek out new ones, such as arriving to a locale at night to discover nocturnal Pokémon. Although you won’t be battling or training any of them, a staple throughout many Pokémon games is the chance for players to encounter a shiny version. A shiny Pokémon has a unique coloration to them, making them different from an original. A regular Charmander has orange and yellow coloring, while the shiny version has a distinctly black shade, in place of the orange. From what we’ve seen, at launch, there is no official confirmation that these Pokémon will be in the game.

In a regular Pokémon game, a shiny Pokémon has a tiny chance to appear. These odds hover around a one in 8,192 chance. With the odds against you, it makes sense not to include them in the New Pokémon Snap adventure.

In New Pokémon Snap, you’ll be driving through a Pokémon’s natural habitat, and there is no input from you for the device’s direction. You can only steer the device to ride through alternative pathways after you’ve unlocked them, but beyond these paths, there’s no driving. Your main concern will be to take photographs of all the Pokémon you encounter.

There’s been a lot of divide leading up to New Pokémon Snap’s release that some viewers have seen shiny Pokémon in the background, and there’s been an image of a shiny Lapras floating around that several outlets have shared. Still, the image has not been confirmed as an official screenshot in the game. If there are shiny Pokémon in the game, capturing images of them could be a worthwhile achievement.

Because you’ll repeat areas so often, forcing players to go through them with even a fraction of the same odds to discover a shiny Pokémon would sour the game. The developers could add shiny Pokémon in a future update or DLC. For now, we’ll have to wait for the wider audience to get their hands on it to see if someone has far better luck, but for now, we have not confirmed the existence of shiny Pokémon.