Dragon Ball Z: Kakarot features a massive adventure beginning at the start of the Dragon Ball Z anime show. You’ll go through when the main character, Goku, meets Vegeta for the first time, becomes the Super Sayian, watches his son surpass him, and returns to battle Majin Buu. The game launches on Jan. 16, and you have a handful of pre-order options available to ensure you secure your copy.

The standard edition comes with the game. It costs $59.99. You can choose to pre-order a physical copy of the Standard Edition for the PlayStation 4 or Xbox One from several retailers.

The retailer options include:

You need to scroll down on the choices a little bit to grab the Digital Standard option, and you need to purchase it from the PlayStation Store or the Microsoft store for the respective console.

All of these options come with the game, and the pre-order bonus content every edition receives:

The Digital PlayStation Deluxe edition is available through the PlayStation Store. It’s on the bottom of the list and comes with the Dragon Ball Z: Kakarot theme for your console. You’ll receive all of the previously mentioned pre-order bonuses and these bundled items:

The Ultimate Edition goes for $94.99 and works similar to the Deluxe, where you can only obtain this one for your PC through the Bandi Namco website. You’ll receive a digital code to use when the game comes out. For the Digital Ultimate Edition, you can receive it for the PlayStation 4 through the PlayStation Store, Xbox One from the Microsoft Store, and the PC through Steam.

You’ll receive all of the previously mentioned pre-order bonuses and gain access to The Tao Pai Pai Pillar in Spring 2020. 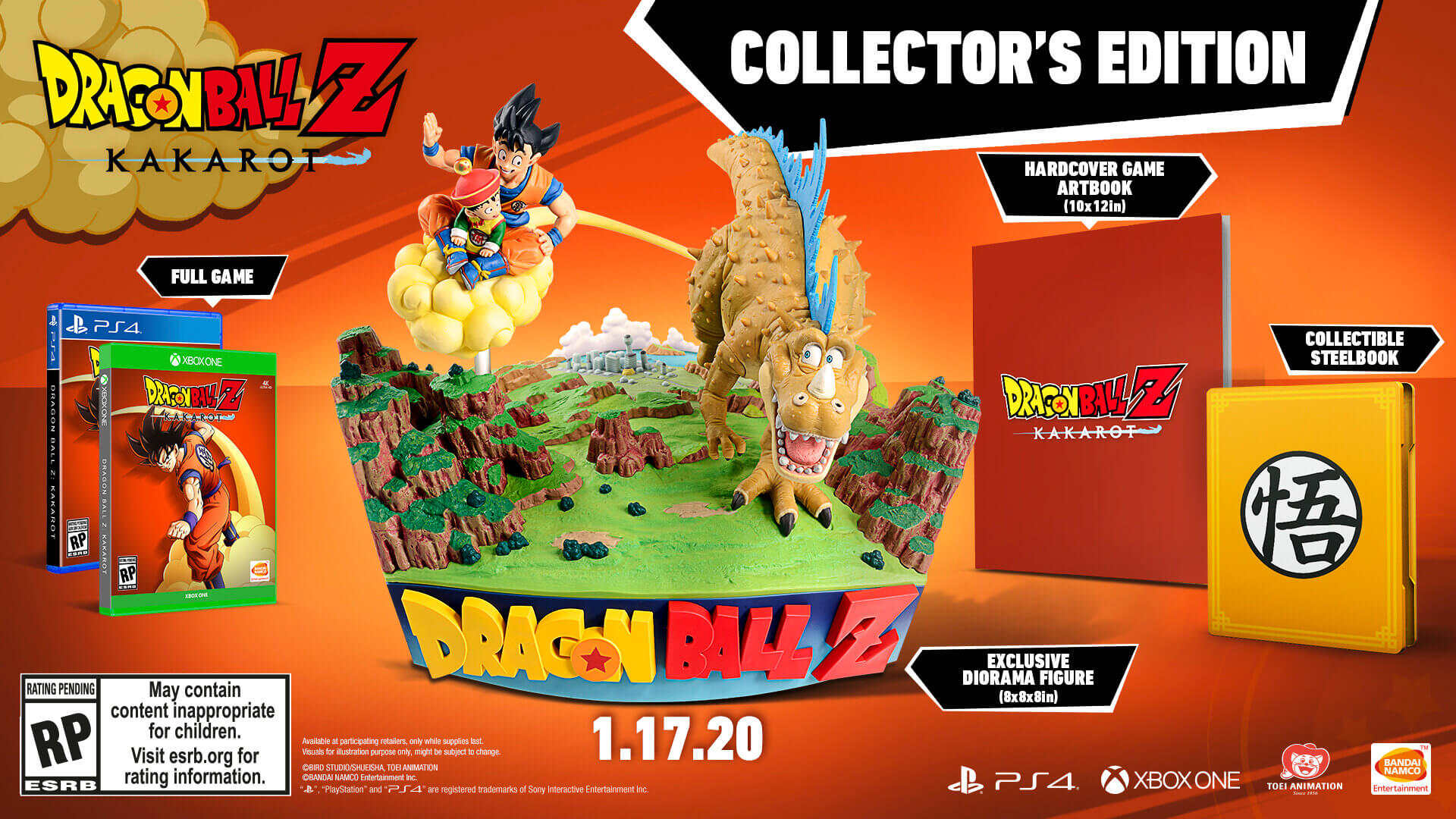 The Collector’s Edition can be yours for $199.99. It contains everything already talked about, minus the exclusive console items, and several other items. You can buy it from these retailers for the PlayStation or Xbox One, not the PC:

After choosing a retailer, the exclusive items tied to this edition include:

The Collector’s Edition will remain available until supplies last.