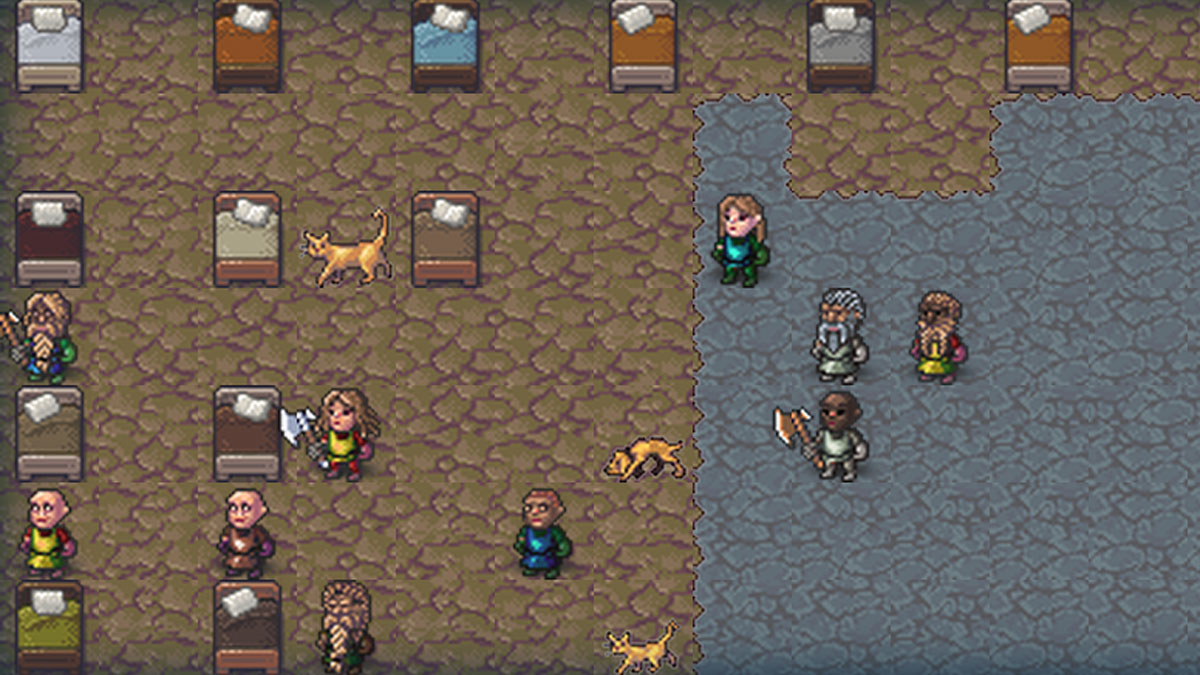 Dwarf Fortress is a complicated game. With all the possible production lines, resources, and build options at your disposal, there’s a lot to wrap your head around and keep track of. Thankfully, the updated Steam version does lay the groundwork (no pun intended) for engaging with the game’s many systems. There are still some important tips and tricks to keep in mind, though, so we’ve compiled four important lessons here. Study up, then strike the earth!

Related: How to trade goods in Dwarf Fortress

Mining is the main action you’ll be taking throughout the whole game, but don’t just stick to the first layer beneath the surface. Farm plots grow better in deeper soil, and the further you go down, the more robust resources you’ll find. Dig far enough, and you’ll even be able to utilize lava floes in workshops like the magma smelter. Plus, a vertically oriented fortress is much easy to manage and scroll through than a wide, sprawling one.

All those resources have nowhere to go if you don’t set up your stockpile. This is touched on in the tutorial, but you really need to know that you should have several sizeable stockpiles at the ready. One big catch-all storage area is fine when you’re starting, but pretty quickly, you’re going to realize you need to arrange them by every item type, not just refuse as the tutorial suggests. This also couples nicely with constantly digging down: you can separate your stockpiles by level too.

We could put many acronyms here. ABB: always be brewing. ABC: always be crafting. ABD: always be digging. The point is that there are so many key tasks in the game that you should always have some active orders going at all times. Whether you’re digging to expand the fortress, chopping down trees for lumber, or gathering fruits for sustenance, you should never just be resting on your laurels and letting the dwarves chill out. There’s always something to be done, even after you’ve automated certain tasks by assigning managers to your workshops.

The last tip is perhaps the most crucial: it’s OK to fail. In fact, it’s expected, and the tutorial even encourages starting over if need be. This can happen on a small scale if you make a mistake like flooding part of your fortress — the game’s auto save system can help you rewind there. But in some cases, you might just fighting a losing battle (literally, if you get raided). Abandoning your settlement is OK, and it’ll still be part of the overall game world if you want to revisit it for leftovers with another squad down the line. Every mistake is a chance to learn, and every new beginning is an opportunity to use your newfound knowledge to build an even better fortress.