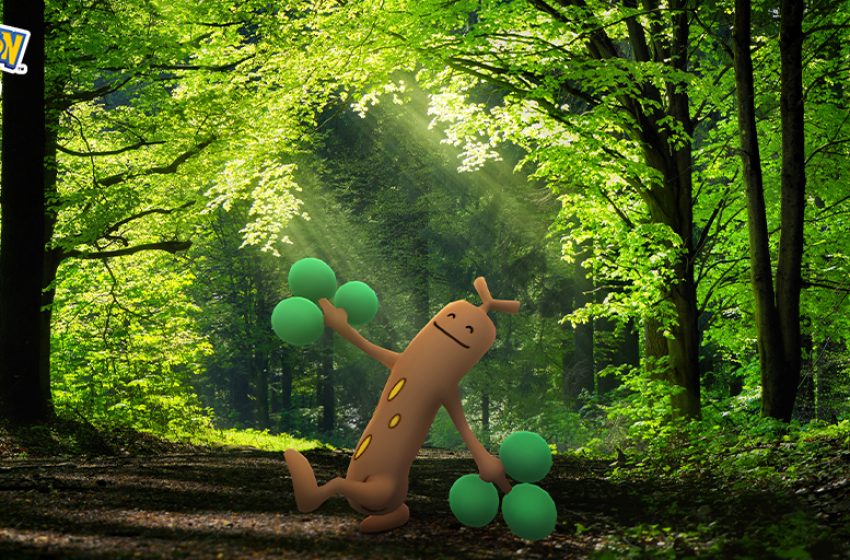 The new Tricky Pokémon event starts on April 1 and goes until April 7 in Pokémon Go. The event focuses on Pokémon that play tricks on you or fool you into believing they are a specific thing, such as Sudowoodo, who had their first appearance in Pokémon Silver and Gold, where it pretended to be a tree. Plenty of other Pokémon have played tricks on players throughout the franchise’s history, and for the first week of April, they will receive a new focus.

The notable Pokémon that are going to be more frequently showing up are Gastly, Haunter, Voltorb, Sudowoodo, Aipom, Croagunk, and Foongus. The shiny versions of Sudowoodo and Croagunk are also available during this event. During the Tricky Pokémon event, Stunfisk is making their debut to the game.

Throughout the event, all players have an increased chance of encountering a Ditto, which means its hiding as one of its many forms. Ditto has been confirmed to transform into:

Ditto will have additional transformations during the event, but we don’t know what Pokémon they are, right now. We’ll update this page when we learn more details. For now, be on the lookout for Ditto could turn into, which could include any of the highlighted Pokémon.

Make sure to take random pictures of your Pokémon because a mysterious one could show up by taking a picture of them. No details were given about what it is, though. We’ll find out on April 1.

The Tricky Pokémon event goes from April 1, starting from 8:00am to April 7 at 10:00pm in your local time frame. Make sure to scour the area, running into these unique Pokémon, and remember to stay safe during the event.