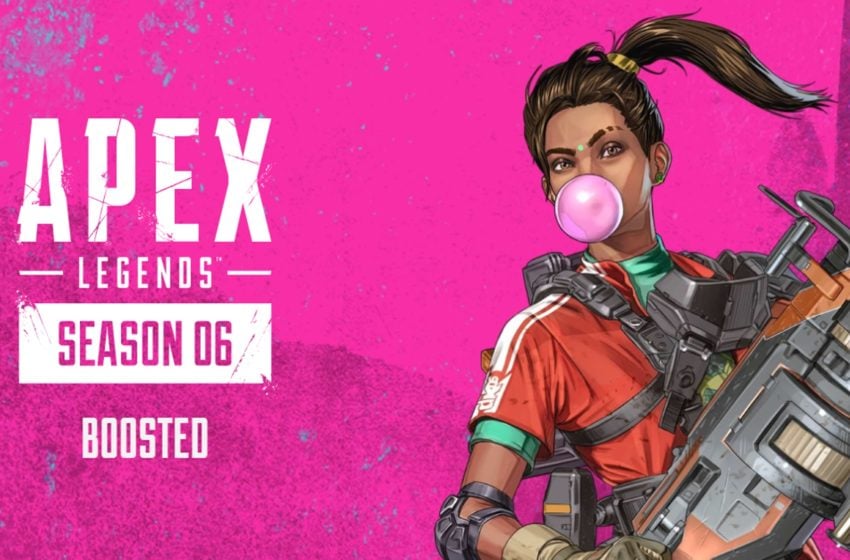 New seasons in Apex Legends are always refreshing, but there is no doubt that Season 6 is about to be a major game-changer. With a new legend, new cosmetics, and a new major gameplay element, Season 6: Boosted is about to shake things up. Here’s a look at everything we know is coming to the next season, known as Boosted.

She had been talked about in spurts and whispers, with rumors of her design, her gender, and her existence swirling, but today she is crashing onto the scene with a bang. Rampart is the newest legend to join the Apex Games. She is a modder who made a name for herself in underground fighting rings and is ready to show off in the big time. Oh, and she brought Sheila too. (That’s her gun.)

With every new season comes a new battle pass, but this season’s is going to include a cosmetic we’ve never seen. There were also rumors here and there that we were getting sprays, and this season they are joining our roster of various cosmetics. There is a good chance that Holo-Sprays will also be available through other means than just the battle pass, but they have not yet been confirmed.

Move over Fortnite, your biggest competitor just added the major thing setting you apart to their game. Now when you are looting you can collect not only weapons and gear but also crafting materials. This way if you aren’t satisfied with your loadout, you can beef it up with a little personal flair. Lore wise, it’s perfect for the introduction of our modder legend, and we are excited to see the details.

The Volt is newest weapon in the Apex loadout. Unlike season 4, which added a sniper weapon, this season is all about close range. The volt is an SMG as well as the newest energy weapon in the loadout. After the Devotion was put into the legendary roster, players only had two energy weapon options. With this third gun joining the lineup, it could ignite a new spark for the energy category.

The new season will also come with a new ranked season as usual, and so far, this is everything that’s been revealed… but we aren’t sure that this is all season 6 has to offer.

There have been several hints that we may get a second new legend this season, and even may get a new map: Olympus (Psymanthe). Though there is also a chance that may all come in season 7, the truth remains to be seen.