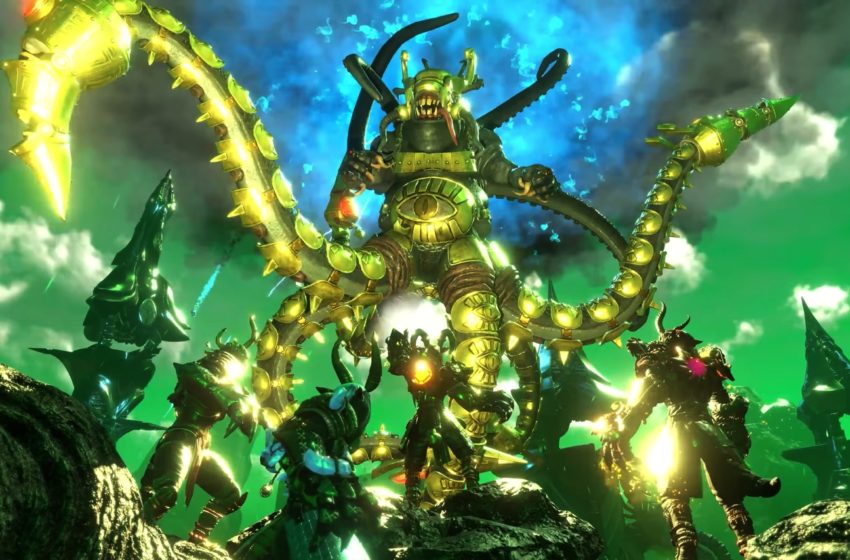 Runwild Entertainment’s next game is Almighty: Kill Your Gods, an action RPG which is equal parts about slaying massive, powerful creatures, and about growing and protecting your tribe’s home island. Here is everything we know about Almighty.

Players assume the role of their tribe’s Alpha, a chosen warrior equipped with armor and gauntlets powered by magic. As the Alpha, you have to protect your island from enemy raids, and go on missions to slay powerful divine beings. Using trophies acquired in those hunts, you can grow your island and craft new equipment for future missions.

From what has been shown so far of Almighty, gameplay has a lot of layers to it. The action seems very Dauntless-like. Combat can be approached with a variety of tactics, and the enemies players will face range in size and numbers, and each presents different challenges. Some are capable of swallowing players whole, forcing them to fight their way out or perish.

Players can invade the realm of their target gods solo or in small groups, either teaming up with their friends or with random other Alphas. Working with a group makes taking down tougher gods easier, and can therefore lead to better rewards. Speaking of rewards, players literally strip the slain gods for parts, using their divine body parts as ingredients for modifications and upgrades.

Besides upgrading their own gear to power up and unlock new abilities, players can also upgrade their islands. This is where Almighty seems to feature a lot of cool MMO mechanics. By building new structures, players can manage their island’s economy and defenses. Over time players can form relationships with other islands, establish trade routes, and visit friends’ islands to help them defend against invaders, or simply to walk around and enjoy the scenery. It may be overly optimistic to envision Almighty as a more action-oriented take on Animal Crossing: New Horizons, but it’s fun to dream.

Almighty: Kill Your Gods is stated to be coming to “PC and consoles”, and while PlayStation and Xbox seem like safe bets, we are not yet sure if Nintendo Switch will get a version. On PC, the game is distributed through Steam. There is no release date set just yet, but we do know Almighty will hold a closed beta stage at some point in the near future.

While you wait, you can take a peek at Runwild’s official blog which has a lot of behind-the-curtain footage and information about the game and its development.