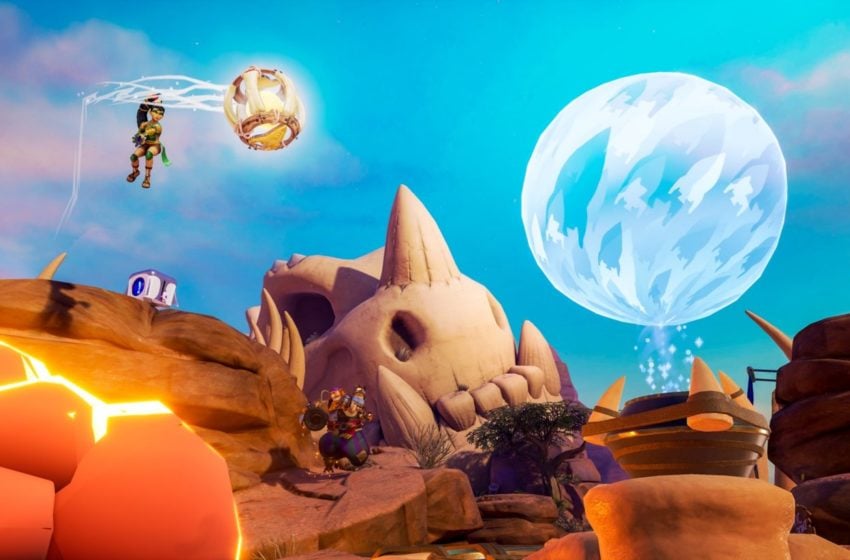 It’s time to have a blast in Rocket Arena. EA’s PvP shooter is available to play right now and, while there is plenty to sink your teeth into, the game’s publisher — and developer Final Strike Games — have more up their sleeves.

Rocket Arena Season 1 is already just around the corner, so you’ll want to know more about it including its launch date, new maps and heroes, and much more. Load up those rockets and let’s get cracking.

Rocket Arena Season 1 kicks off on Tuesday, July 28. At the time of writing, that’s only two weeks away, so the wait really isn’t that long. There’s no release time for it yet but, if we hear anything concrete before July 28, we’ll let you know.

Season 1 will see the 100th edition of the Rocket Championship Tour begin, so there are sure to be plenty of new challenges, rewards, and other things to get excited about during its centenary event. There will be a Season Pass — the Blast Pass — comprised of 50 ranks for you to level up through in Ranked mode too, and there will be lots of rewards for those of you that climb quickly up the ranks.

Season 1 will introduce a new hero called Flux. A science whizz with a love for cats, Flux has an interdimensional ability that helps her get the drop on opponents so she can fire her Rockats at them. We covered Flux in more detail here, if you want more information on her past and other abilities.

Season 1 will also see two new maps arrive in-game. Grand Harbor and the Lagoon of Doom, which are situated in the sunnier climes of Crater, will be added to the Tour and provide you with new ways to defeat your foes.

There will be new seasonally timed challenges to complete and exclusive events to partake in, and rewards to unlock if you beat them. New outfits, Totems, Return Trails, and Rocket Fuel are just four of the prizes on offer. It’s well worth getting to grips with Rocket Arena now, then, to make the most of Season 1 when it explodes onto PC, PlayStation 4, and Xbox One later this month.