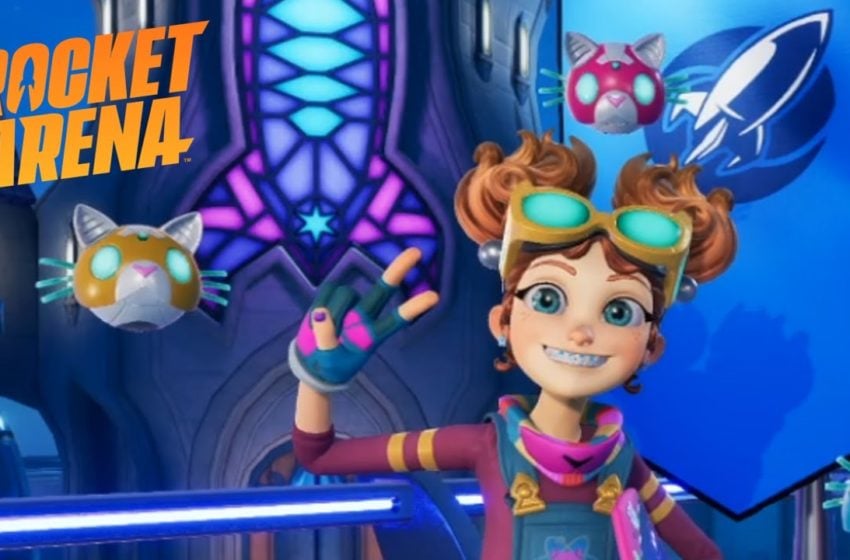 Final Strike Games has released details on the first free DLC character coming to the 3v3 battler Rocket Arena, and she looks to be one of the more fun heroes you can try out in the first month of launch.

While we know the game will launch with 10 characters, maps, and a host of modes, players were also greeted with news of the first free DLC character to come to the game in the form of the rocket-hungry scientist Flux, who uses cat-based attacks to turn the tide of battle.

A child progidy who ranks at the top of her class at a school for geniuses, Flux is a character who is interested in everything, and with a focus on gaining knowledge. She is not in the tournament to win it, but rather just wants to learn and grow her arsenal through the knowledge she acquires.

Flux has one of the game’s more unique ability sets, as she can go invisible for a short period of time, letting you reposition and confuse the enemy. Her main attack is three homing rock-cats that do decent damage but take a while to reload. She also has a larger black hole cat ability that can damage in an area and can be increased in size by firing rock-cats at it while it’s moving.

The black hole cat ability can absorb incoming rockets and attacks to make it bigger, but considering how slow it is, it is quite easy to dodge. Granted, it does make for a good defensive ability if you are trying to escape, as foes will have no choice but to avoid it or take the full brunt of the attack.

Flux is set to release when Season One begins in Rocket Arena later this month.