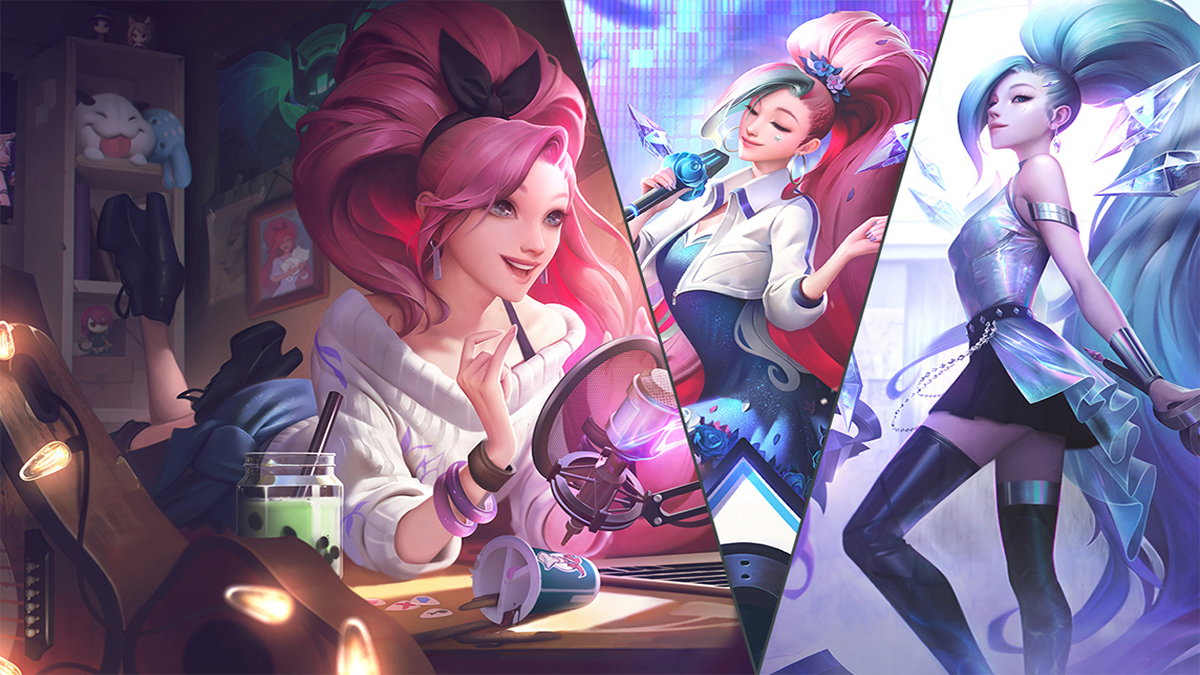 The newest AP Support Champion in League of Legends, Seraphine, has finally had her abilities revealed. After being teased on social media, the Piltovian pop star will soon be making her debut on the Summoners Rift. This first look at Seraphine showcases her unique supporting playstyle.

Every third basic ability Seraphine casts will echo, automatically casting a second time. Additionally, whenever she casts an ability nearby an ally, she will create a Note. Each Note gives her basic attacks more attack range and deal additional magic damage, consuming the Note.

Seraphine surrounds her nearby allies in a song, granting herself and her allies movement speed and a shield. If Seraphine is already shielded, she can heal her nearby allies, restoring health based on how many allies are near her.

Seraphine unleashes a heavy soundwave, dealing magic damage to enemies in a line and slowing them. Enemies that are already slowed are rooted, and already rooted enemies are stunned.

Seraphine takes the stage, projecting a captivating force that charms enemies and deals magic damage. Any champions struck (allies included) become part of the performance, extending the range of the ability and granting allies maximum Notes.

Seraphine’s playstyle is based on sticking with your teammates but also supporting their risky plays. This shows especially with Encore. When a teammate dives too deep into the enemy, Encore is boosted, charming all enemy champions and creating a massive opportunity for Seraphine and her teammates.

What players are going to want to focus on is stacking their abilities, shielding Seraphine when she uses Surround Sound to gain a heal, rooting or slowing enemies to increase the crowd control on Beat Drop. There are so many ways to help Seraphine help you.

Seraphine will start her tour on the rift in patch 10.22.