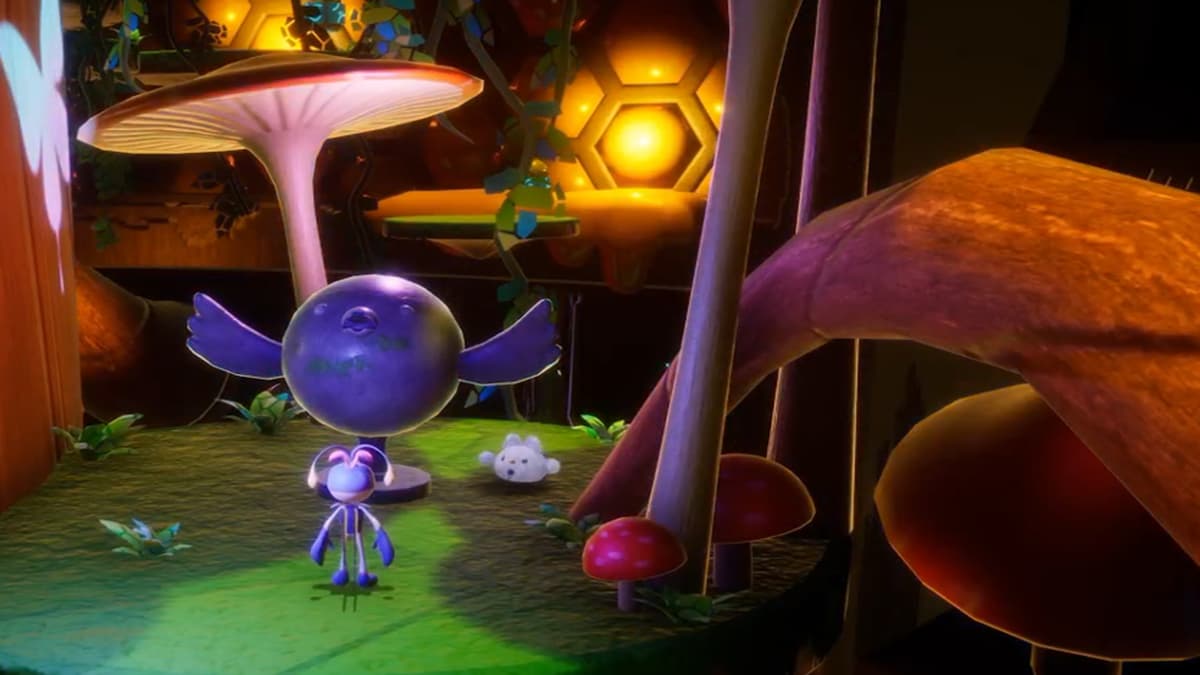 Balan Wonderworld is a colorful game with levels dedicated to platforming with some exploration. That exploration comes into play in the game’s achievement/trophy called Hello, Father. The description for Hello, Father reads, “Discover the Father Tim statue.” Naturally, all we need to do is find the location of the statue and stand in front of it. Here is where to locate the Father Tim statue and unlock this secret achievement/trophy.

The Father Tim statue is located in the second act of the third chapter (the chapter themed on bugs). It is also located very close to the end of the level, so you can proceed through it until you see the end of the level. In the end, you will have a fight against a mini-boss that will open the door to the tree you need to reach to finish the level. Instead, we need to take a detour.

There are two different ways to get to the Father Tim statue from here. First, we will describe a way to reach it after knocking out one of the game’s challenges. If you have a Dusk Butterfly, equip it after defeating the enemies and opening the door to the tree. Activate the nearby block so you can fly to an opening directly above the block. You will need to be quick with your flight; the block only gives just enough time to reach this area.

When you reach this area, directly ahead of you is another block to make it night time and behind it a Balan’s Bout hat. After you complete that challenge, activate one of the night blocks and look to the left when you are staring at the hole in the wall you came through. From here, you will see an odd-looking sphere on its own. Fly over to it and stand in front of it, and it will open its wings wide, unlocking the achievement or trophy for you.

The other way to the statue is much more straightforward. Walk into the walkway towards the tree, but don’t get so close that you end the level. Equip a Sickle Slinger costume and stand on the platform to the left. Throw a sickle at the block to make the platform move to the area with the statue.