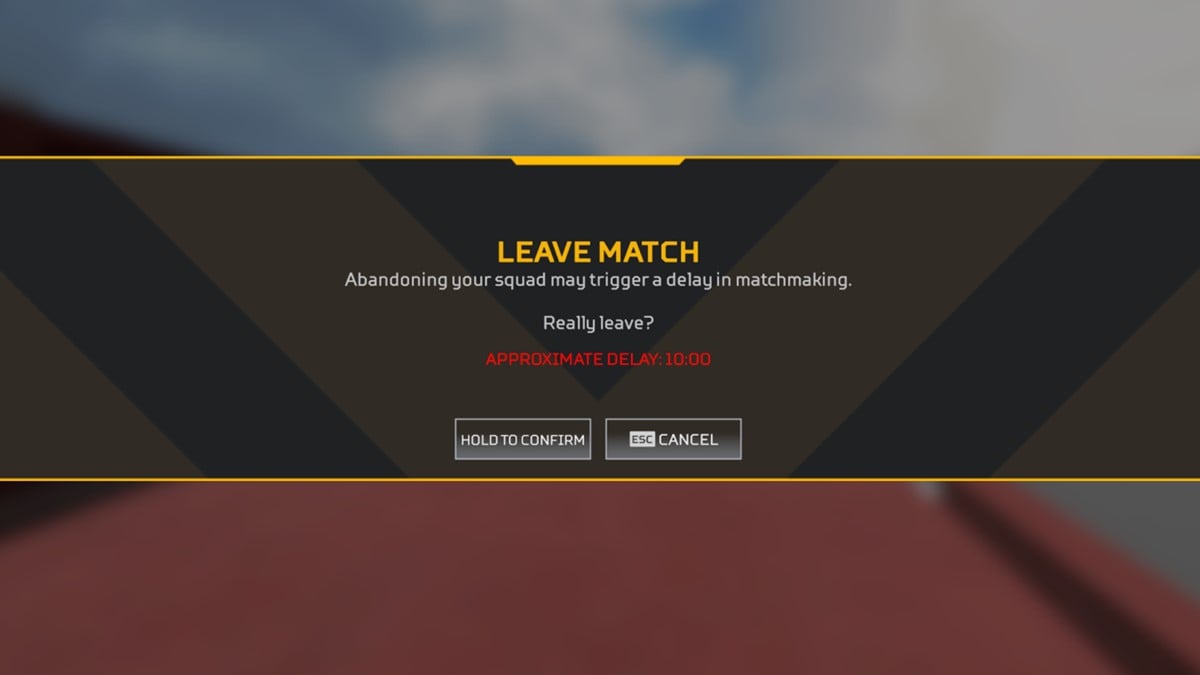 When a game of Apex Legends ends, you leave the match. It’s that simple. Right? But what if you want to leave a match before it’s over? What then? Well, abandoning a game isn’t the best look, but in Trios and Duos, you can pretty much get away with it whenever you want if you don’t care about what your teammates might think. That said, there are times that leaving mid-match will come with a harsher penalty.

Before the Evolution Collection Event patch, it was very easy to do this by mistake, even if you aren’t the type to ditch a team. Thinking an Arenas match is over, not knowing your downed teammates have gold shields, there are many reasons you might have clicked leave by mistake. Luckily, the Early Leaver Warning has an entirely new screen now, and will make it much harder for players to do by mistake.

Let’s take a look at what Early Leaver penalties look like, and how the warning screen works.

Times when leaving early leads to a penalty

A penalty usually means taking a full loss in whatever mode you are playing (a full loss of RP in ranked, a Defeat in Arenas, etc.) and a 10-minute-long delay or longer before you are allowed to queue to play again. You can get a penalty for leaving early at the following times:

Note: if a player that is not partied up with you has abandoned the game and left you already, you get loss forgiveness and NO Early Leaver penalties of any kind if you then choose to leave.

How the Early Leaver Warning works

Now any time you would be given a penalty for leaving early, the leave screen is yellow instead of grayscale. You also will see the amount of time you would have to wait before queuing again displayed in red. The best part of the new early leaver warning is that you need to press and hold the confirmation to actually leave, thus preventing misclick type early departures.

Leaving a match early that would result in no penalty remains the same.