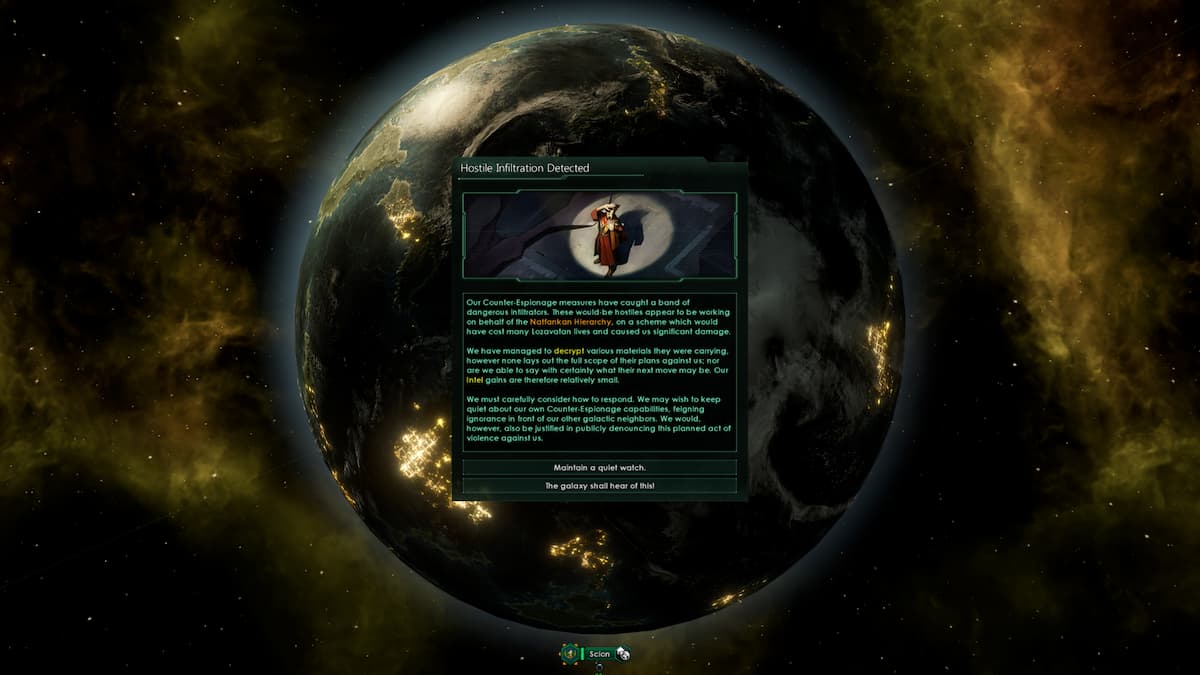 When you first encounter another Empire in Stellaris, most of the information was displayed for you and you were capable of learning about them almost immediately. Following patch 3.0, you now have to do a bit more digging and to use intel when communicating with an empire. You’ll be required to send an envoy to an opposing empire learn more about them, and as time goes by, you can use your newfound information to build an alliance with each other, or twist the critical details around to create an enemy.

How intel works in Stellaris

When you make first contact with a new empire, you’ll have to visit your situation log and devote an envoy to reaching out to them. It’s similar to when you had to dedicate society research to learning about them.

First contact has become similar to archelogical digging sites where your envoy will report to you after a certain time frame to report their progress. There are three new stats to watch as you learn about an empire.

There will be a series of choices given to you as you progress through the First Contact screens, giving you opportunities to respond to your empire learning another’s language. By the end, you will have a chance to respond the the new empire after you learn their language. You can choose to seek friendly relations, to distance yourself from them, or be aggressive, and these are clearly shown in your response options.

Once you’ve established a communication network with a new empire, you’ll have the chance to pick if you wish to directly build up your relationship with them or create a spy network. Both of these choices require an envoy to be spent over.

If you’re planning to directly build relations between your two envoys, not much has changed in patch 3.0. You can reach out to the specific empire in the contacts page, click on diplomacy with them, and the ‘improve relations’ option will be right at the time.

For those who would prefer to perform espionage against an empire, you can find that option on the same screen. In the bottom left of the diplomacy tab, you can choose ‘espionage’, and you can send an envoy over, and have them spy on the neighboring empire to learn more about them. The envoy will slowly build up their infiltration level, and as that increases they can perform more actions to learn about an empire, or cause harm to them.