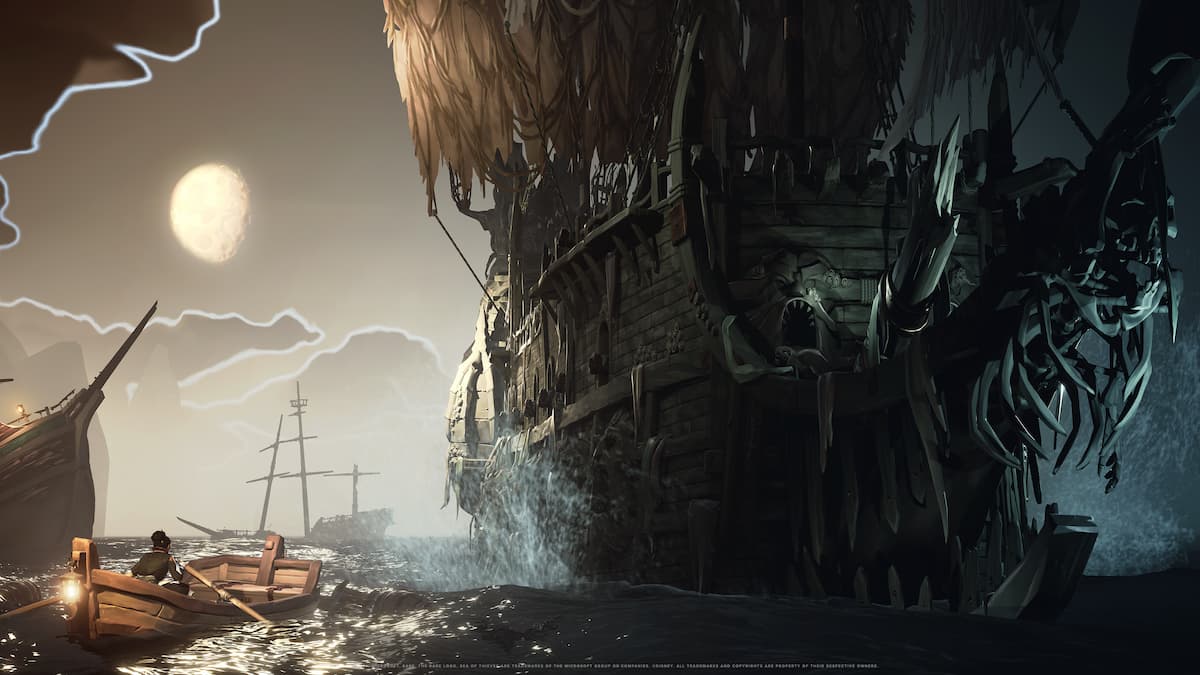 Rare’s Sea of Thieves may just be a virtual sailing experience, but many players still suffer from real motion sickness while playing. Players will often be on a ship that rocks back and forth quite realistically, resulting in nausea. Most people who already experience motion sickness from video games — or just in general — may already have their own solutions, but we’ve laid out some other options that may help to alleviate these feelings of illness.

There are very few native options in-game to help remedy motion sickness, but one option work trying is widening your field of view. FOV is set at 78 by default, but try setting it all the way to maximum and increase your width of vision in-game. Another option to add to this is sailing on galleons, the game’s four-person boat option. You may rock less back and forth on the bigger ship.

Be sure to avoid storms and in-game drinking, as both will lead to a lot more screen movement. Having a visual point of reference can definitely help — you can stand on the ship and look forward to the horizon, or you can hang out mid-deck and look through inventory or on the map instead.

It’s also possible that lowering the game’s frame rate can help — we noticed we got more nauseous when upgrading from an Xbox One to Series X and going from 30 FPS to 60 FPS. Lowering your sensitivity may also help avoid that kind of motion sickness, as even just moving around on land can lead to nausea.

Dramamine is a popular over-the-counter drug that helps relieve motion sickness for travel, and it can be just as effective while playing video games like Sea of Thieves. However, in using any OTC remedy, be aware of any side effects the labeling may indicate — with Dramamine specifically, try to find a non-drowsy version of it instead. Similarly, other players have suggested the use of seasick patches and acupressure bands.

It may be easier for console players than PC players, but playing from a distance from your screen can certainly help. Consuming ginger or drinking ginger ale and other carbonated drinks like seltzer are also common and popular remedies for relieving motion sickness as well.

While it might be counter productive to suggest playing a game less to help you play a game, taking frequent breaks and overall limiting your playtime is just an overall healthy habit. With online games like Sea of Thieves, it’s easy to get into the rabbit hole of completing quests and bumping your levels up, leading to countless of late night gaming — we’ve certainly been there before. It’s obviously up to you, but it’s important to figure out your own personal limits that fit your version of a healthy lifestyle.