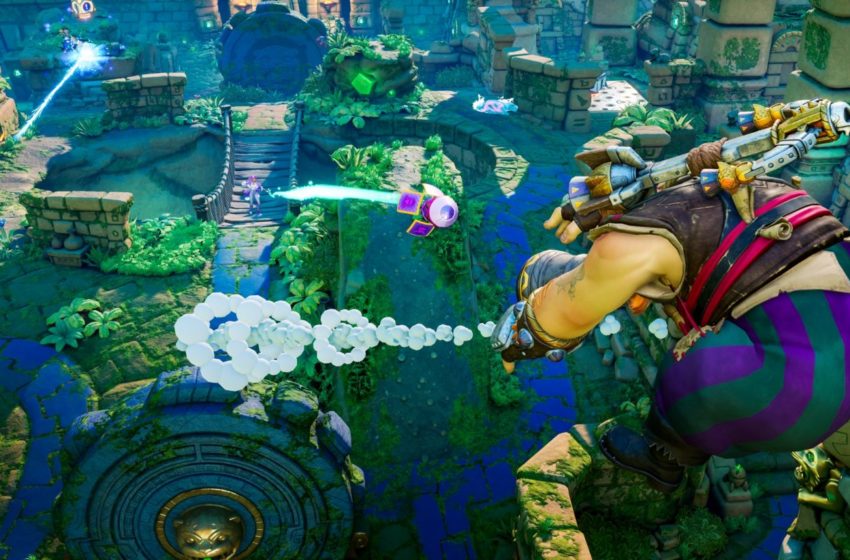 If you’re curious about Ranked mode, we’re here to help. Let’s run through how it works in EA’s 3-on-3 third-person shooter.

Do I need anything specific to access Ranked mode in Rocket Arena?

Ranked mode is a playlist that is available to all players from the start. You don’t have to meet any prerequisites to try it, but it’s worth getting to grips with the controls, and a certain character’s playstyle, in Social mode before you enter Ranked.

Ranked mode will officially begin when Season 1 starts on July 28. A preseason is available to get an idea of how it works right now, so try it out and see if it’s something you want to participate in.

How many ranks are there, and do they reset?

There are 50 ranks in Ranked mode. Each one has a specific badge that you’ll earn once you level up. You start at rank one and climb your way up the ladder by simply winning competitive matches.

Your rank, and how far you can progress in-game, is calculated via your Skill value. Skill is similar to matchmaking ratings (MMR) in other PvP titles and is calculated within Rocket Arena‘s code based on your performance in matches.

Your Skill value will be higher than your rank, to begin with, but, as you progress, your Rank will eventually equate your Skill and may even surpass it. This also helps determine who you should be matched with and whether your Rank needs to increase or decrease after every game.

Finally, ranks are reset at the beginning of every season. Once Season 1 ends and Season 2 begins, you’ll revert back to rank 1. This makes the playing field fairer for any newcomers who start playing when Season 2, or later seasons, begin.

What are Artifacts and Items?

Artifacts are game-altering objects that you can equip your characters with. Each hero can have up to three Artifacts equipped but, while their levels can vary in Social mode, in Ranked mode, they are locked at a specific level. This, again, makes for a level playing field, particularly for newcomers.

As Ranked mode allows you to still earn experience points (XP), you can unlock and level up Artifacts. Leveled up Artifacts are only usable in Social playlists, though, so don’t think you can have a level two Artifact in Ranked if you see it level up after a specific match.

Items, meanwhile, are strewn across maps and can be used to your advantage. Social playlists randomize which items are present in each match, but Ranked games consist of the same items in the same spawn locations. The items available in Ranked are the Speed Boost, Bomb, Trip Mine, and Magnet.

How does matchmaking work?

Rocket Arena‘s algorithm will try to pair up players of a similar Rank and Skill level, but this won’t always be the case. The servers will also prioritize matchmaking parties with other parties so, if you and two friends are in a squad, you’ll face off against squads who also regularly play together.

If your friends are a higher rank than you, you could be matched with opponents who are better than you. This can affect your Rank and how high you can climb the ladder to achieve Rank 50 before a season ends.