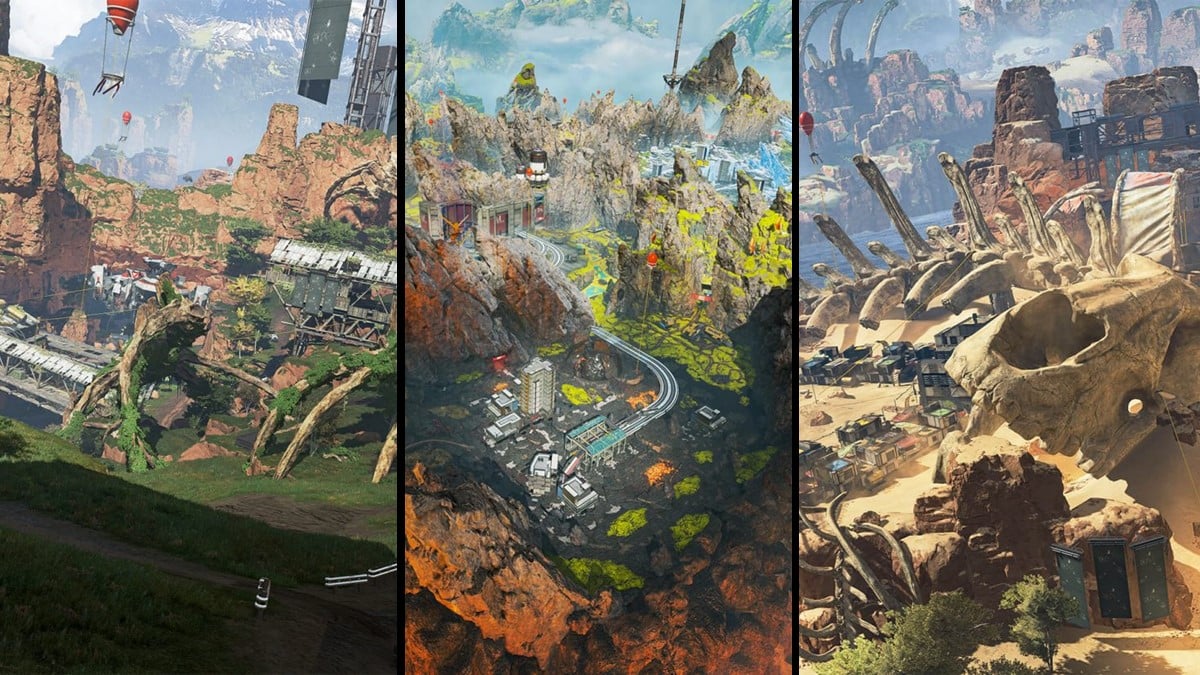 The Genesis Collection Event is bringing a plethora of new cosmetics, a bunch of gameplay changes  to Apex Legends and also a brand-new Takeover that may have long-time players singing a familiar tune. As Hillary Duff once said, “Let’s go back. Back to the beginning.” The Legacy Maps Takeover isn’t about adding new things to the maps, and instead will feature the two oldest variants of the two oldest maps: Pre-season Kings Canyon and Season 3 World Edge.

This is also the first Takeover that is affecting both Battle Royale mode and Arenas mode. Added to the Arenas rotation for the duration of the event will be the OG-est hot drop spot in Apex Legends: Skull Town. Let’s look at how the Legacy Maps Takeover is going to manifest.

Battle Royale will have two maps exclusive to the Legacy Maps event: Pre-season Kings Canyon and Season 3 World Edge. Both maps will have a one-hour long rotation timer, and Olympus will be vaulted until the event. The maps appear exactly as they were when they were first created. Anyone who started playing after Season 3 will not fully recognize either map.

Arenas will have a special rotation style for the Legacy maps event. Party Crasher and Phase Runner will still be available for their normal 15 minutes in rotation, but Skull Town will, like Pre-season Kings Canyon and Season 3 World Edge, be available for one hour while in rotation. While that may not seem like a lot, it is a lot of time in Arenas, so expect to do a lot of battling there.