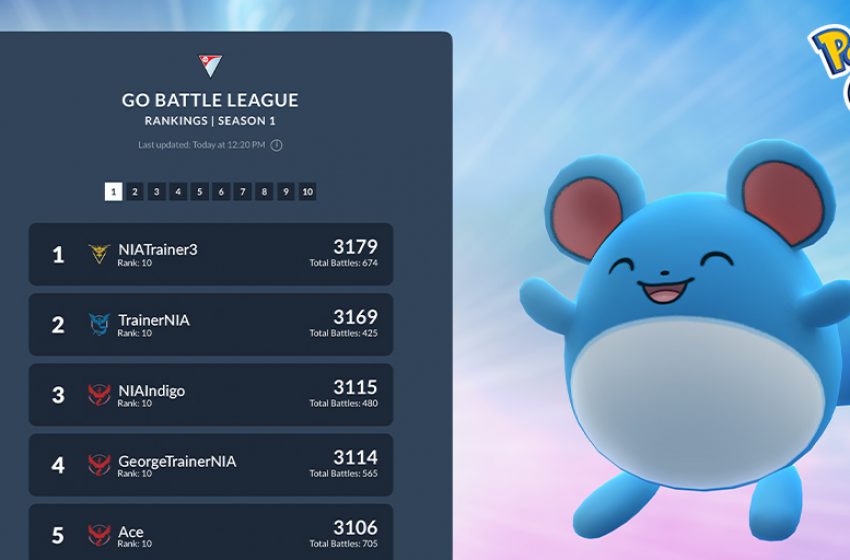 Starting on April 10, 2020, players in Pokémon Go who actively participate in the game’s battle league, the PvP mode where it pits trainers against each other, have the chance to have their name show up on leaderboards. The battle league leaderboards show off the best players in the game, and how they rank compared to others all over the world.

The leaderboard will be available on PokemonGOlive.com. It shows the top five hundred players in the world. It displays a wealth of information, giving other trainers a small peek at how the elite trainers worked their way up to reach the top. You will be able to see a trainer’s:

The rankings on the leaderboard come from the previous day’s in-game ratings for any trainer who has reached rank 7 in the battle league for that season. You can expect to see the leaderboard update everyday between 8:00pm to 10:00pm UTC. Unfortunately, those who have inappropriate names for their teams or their trainer nickname will not see their name on the leaderboard, so you do have to keep it clean to make it to the top.

The leaderboards are a great way for players to see how well they’ve been doing in the battle league. Because the battle league changes every two weeks to a new league with different rules, various trainers with a range of skills and Pokémon available to them can expect to see themselves in the rankings. Plus, for those who want to get better, you can see what others are using to try and counter them or take a few ideas for your roster.

The competition in the battle league continues to heat up. More rewards may come to those who reach the top and can keep their name on the leaderboards.