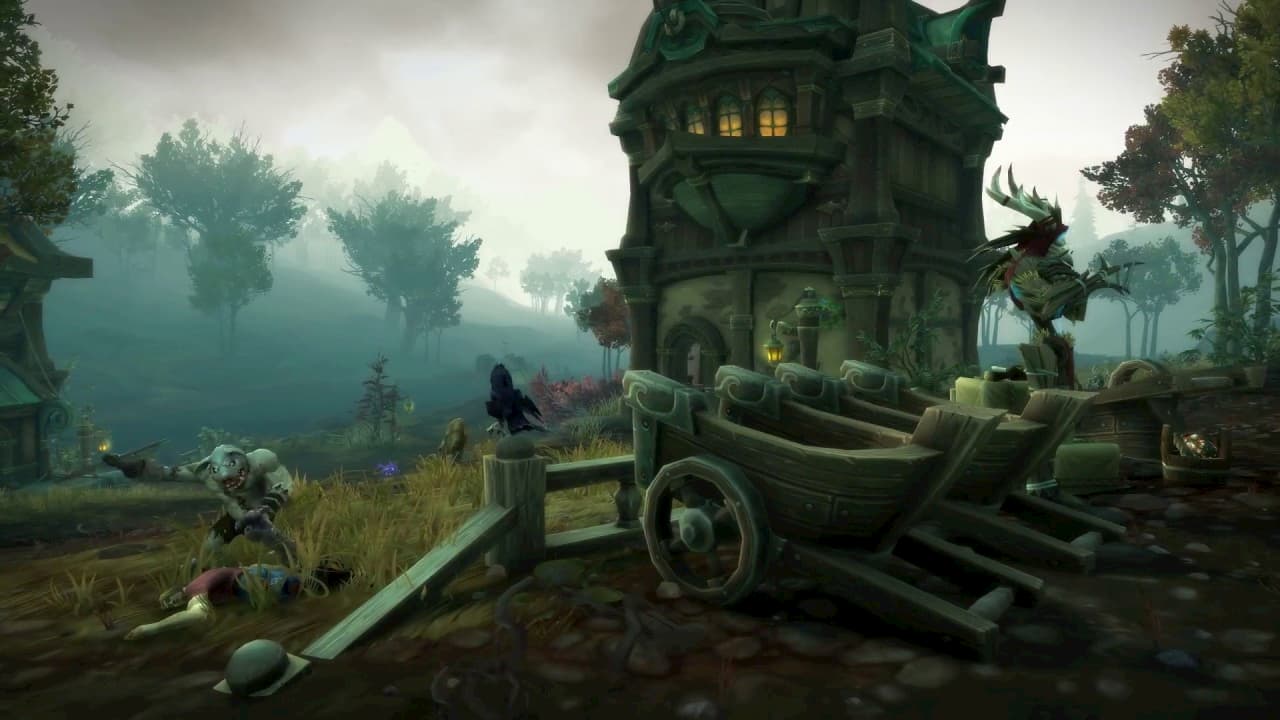 Although Shadowlands is the hot new expansion, World of Warcraft’s world bosses from previous expansions are still alive and well. Dunegorger Karulok, who first appeared in Battle for Azeroth, spawns once every six weeks, and has the chance to drop Mollie, an alpaca mount. Here’s how to take down the dinosaur and get your new furry transport.

Dunegorger Karulok is easy to locate because he only spawns while his accompanying World Quest is active, Sandswept Bones, is active. You’ll find him in the heart of the desert in Vol’dun. You might be able to knock out this boss with the appropriate gear, especially if you’ve been doing some looting in Shadowlands, but it’s safer to do this with a group of people.

Karulok’s big and mean, but relatively easy to survive if you’re careful. The Sonic Bellow sends out physical damage to everyone in front of Karulok in a cone-shape, while locking on to one specific player, so move out of the way if you aren’t currently targeted. Typically, he will quickly follow this with Earth Spike, which sends pillars flying at players and knocks them to the ground.

Karulok can also use Shake Loose, which unearths a few Ravenous Ranishus from the ground. These mobs will wildly swing in random directions, and they can also use Ravage to cause bleeds.

Because this is a world boss, the fight can be chaotic, but you can bring your own group to the fight and look out for each other. Regardless of your class, keep your eyes out for Earth Spike and Roar, and you should make it to the end.

After Karulok has fallen, make sure you loot the body. You’re looking for a Slightly Damp Pile of Fur, which you can use to summon Mollie the alpaca. The drop rate for this mount is not good, so if you don’t succeed after killing Karulok, you can always try again with one of your alts.