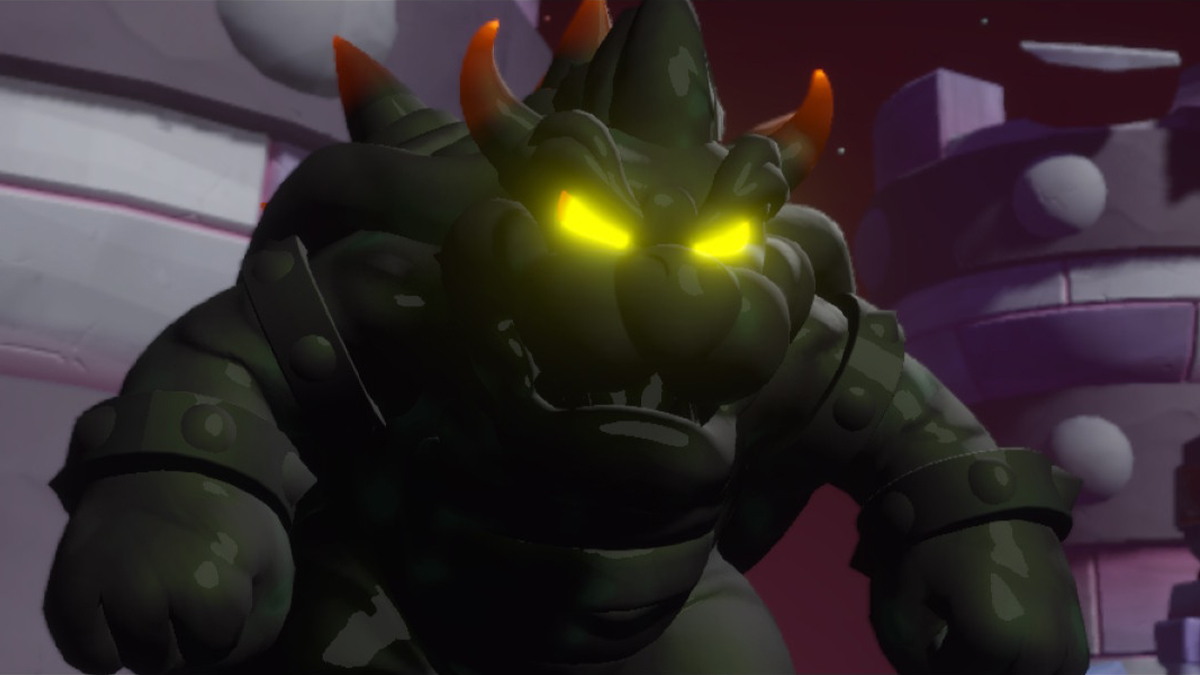 As you enter Cursa’s Stronghold at the end of Mario + Rabbids: Sparks of Hope, you’ll have to deal with some special boss fights before you can take on the big bad herself. The first Darkmess Puddle you encounter is something of a riff on the first Mario + Rabbids game, pitting you against a goopy Darkmess Bowser. Here’s how to beat him.

Related: How to beat Daphne in Mario + Rabbids: Sparks of Hope

How to defeat Darkmess Bowser

Regular Bowser will be a part of your team by default for this battle, making it a mirror match. Since it’s one that includes four party members, you also have plenty of options at your disposal. You can bring in a great balance of support, tank, and ranged characters.

No matter what your team composition is, the battle starts the same. Bowser stands behind a fence that grants 100% cover, so you need to reach his platform. Blocking your path are Goombas and Magikoopas, and the latter can summon even more Goombas as the battle goes on. Luckily these aren’t particularly difficult enemies, so you can brute force your way to Bowser pretty quickly.

Once there, be aware that Bowser has Burn damage resistance. Every other element works on him though, so you can use Gust weapons to knock him around or Frostbite attacks to lock him in place. He has all the same techniques as regular Bowser, so be prepared to deal with his rocket launcher and Mechakoopas. No matter how much you’ve upgraded Bowser yourself, the boss version will only be able to summon three. Even so, note that they will close in and explode once they get close enough.

This is related to the last major part of this fight you need to know about. There are several explosive barrels around the arena: feel free to shoot them yourself to deal damage to enemy groups, but take care not to stand too close. Bowser’s bazooka and Mechakoopas can both cause them to explode too, so you need to be careful. Don’t let the party get bunched up around them, or you’ll be in for a hurting. Also note that the Magikoopas will often blast your own Mechakoopas with their wands, which could also trigger a barrel explosion if they’re too close. If you’ve upgraded them to deal Burn damage, then they will have a weaker effect on Darkmess Bowser. Keep all that in mind when deploying them.

All in all, this isn’t a difficult fight. Clear the way to Bowser, be cautious around the barrels, and you’ll be fine. One step closer to finishing the game!