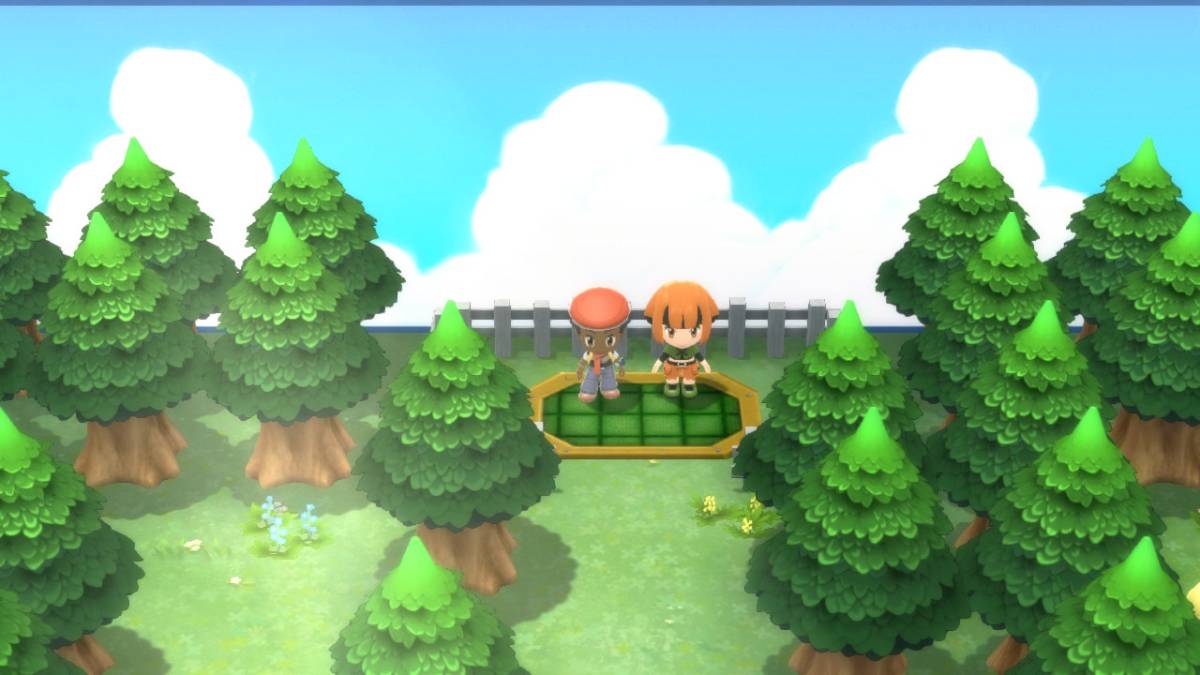 The second gym you have access to in Pokémon Brilliant Diamond and Shining Pearl resides in Eternia City. Gardenia is the leader of the Grass-type gym and she’s safeguarding the Forest Badge. Gardenia won’t challenge you until you complete the gym’s puzzle. Each of the trainers in the gym is hidden in a specific order. Find and defeat them to get clues for the location of the rest. Once you’ve cleared all of the trainers, you’re free to take on Gardenia. She awards the Forest Badge, stickers, and Grass Knot, along with the ability to use Cut in the overworld through the Pokétch.

Gardenia has two Pokémon that you can mostly breeze through. Cherubi is her lead and has a useless ability without sunlight. You can’t critical hit Turtwig due to Shell Armor but as long as you’re not eating Razor Leaf, then you should be able to use any Fire, Flying, or Bug-type moves against them.

If you’re under-leveled (which is hard to do) Roserade is a problem as it could outspeed most of your team. Bring Fire, Flying, or Psychic-type attacks and it’ll fall. Stun Spore could make things scary, so we recommend bringing Paralyze Heals. Technician only boosts Poison Sting, so ignore it. Just hit Roserade with physical attacks to avoid the reverse sweep.

Gardenia won’t give you a Leaf Sticker A without a fight. She has a Sun team and knows how to use it. Jumpluff will lead things off, looking to use Sunny Day to boost its teammates. A good Pokémon with Taunt can ruin those plans. Gardenia’s Breloom is a Sub+Puncher with Toxic Orb to heal. A Pokémon with Switcheroo or Trick could leave with any less-helpful item. We suggest swapping the item to a Choice Band/Scarf after seeing a non-damage move like Substitute.

Sunlight active means all Solar Beams fire instantly and even without Sunlight, Roserade can fire immediately with Power Herb’s ability to cut charge times in half. The game plan for Roserade hasn’t changed since your first fight. Faint it down before it can sweep. Torterra is four times weak to Ice-type attacks, so pack an Ice Beam or something similar to avoid its devastating attacks.