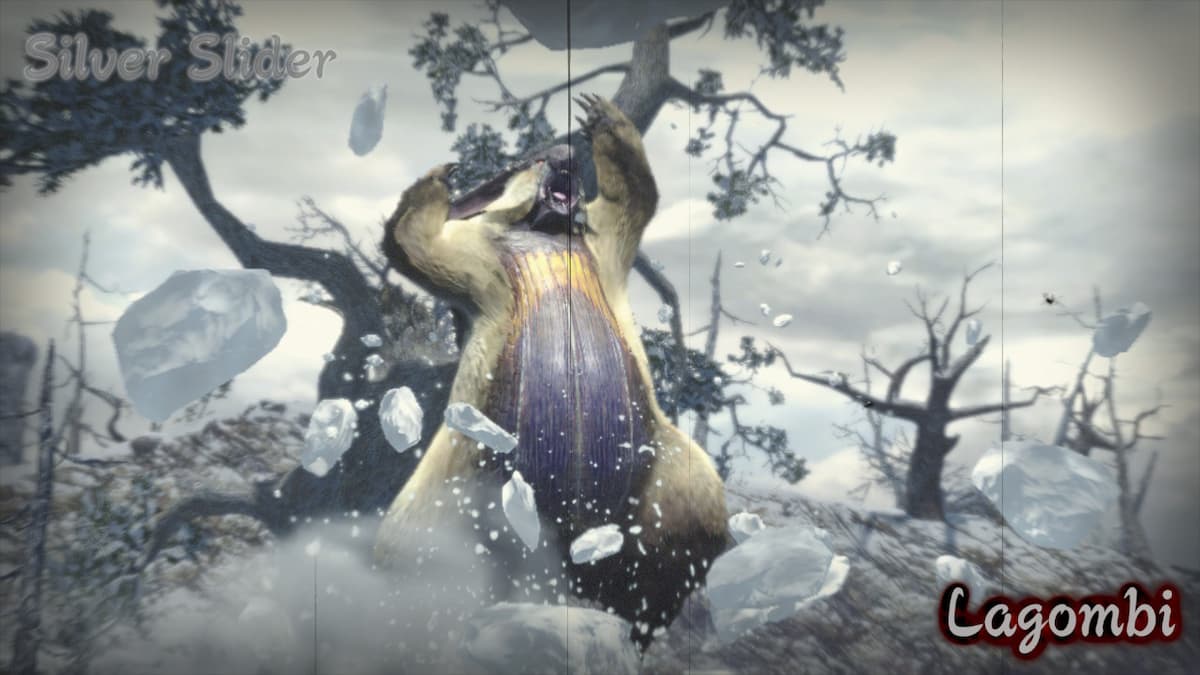 Lagombi is a creature that will be wandering around the Frost Islands in Monster Hunter Rise. It’s a combination of a bear and a hare, giving it some decent agility despite its large size. Because this creature keeps to a frozen wasteland, the armor you can make from the items it drops provide some decent ice resistance. When you’re beginning the game, this can be exceptionally helpful.

When you go hunting for this monster, it will be roaming around regions 5 or 9, depending on the mission you accept. If it starts in region 5, it’s been known to travel through regions 4, 6, and 7. When it starts at region 9, closer to the northern part of the Frost Islands, it will travel to areas 3 and 8.

Of the five areas you can hit the Lagombi, you primarily want to hit it in the head, its chest, or at its rear. When attacking its head, you want to use blunt or ranged damage. Sever attacks will do the least amount of damage. All three types do about the same against the Lagombi’s chest. When attacking the creature from behind, you want to use sever or blunt attacks. Ranged attacks do the least amount of damage to the Lagombi’s back.

When using elemental damage, fire is the best choice, followed by electricity. Water, ice, and dragon elements do nothing against this monster.

Despite the Lagombi’s size, it’s quite mobile, even faster than the Arzuros. The two share similar attacks, so if you’ve defeated the Arzuros already, then you’ll have a little bit of experience when fighting the Lagombi. The creature does not bring in any additional smaller monsters to fight with it, so you can focus entirely on battling it.

You’ll want to be ready to use your wirebug to jump into the air to dodge its sliding attacks. The Lagombi can go on all four of its legs, slide around on the ice using its armored belly, get behind you, or knock you off your footing. We recommend grabbing a spare wirebug on the Frost Island before battling this monster to make it easier to dodge these attacks.

The Lagombi will attack any of the large monsters on the map it encounters during your fight. If you can lure it to battle against another one, you might be able to wyvern them to do even more damage against Lagombi, breaking off plenty of its resources and adding them to your armor collection.