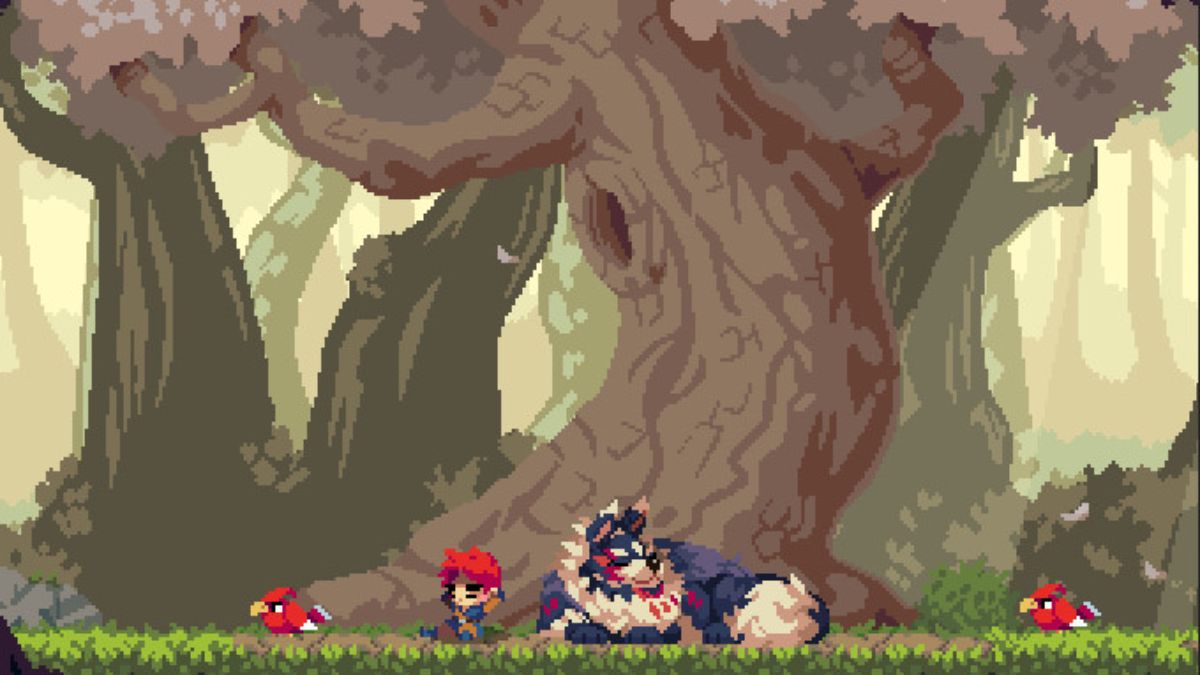 As soon as you reawaken with the Sword of Crimson in hand, you’ll be facing off against Rozia in Flynn: Son of Crimson. Acting as the first boss of the game, she can be dealt with pretty easily but she has some tricks up her sleeve you should know about.

The self-proclaimed destroyer of Cardinal Island is hoping to take the Sword of Crimson for herself but she is stayed in her tracks by Flynn. After a bout you’re supposed to lose, Flynn comes back to life for a proper boss fight against her. You’ll need to use Flynn’s dodge a lot to avoid her attacks. You can do that by pressing the circle button (or B button on Xbox systems). Whenever you see her character model flash, be prepared to avoid a move of hers.

The four attacks we noticed she performs as thus:

If you manage to interrupt one of Rozia’s attacks, she’ll be in a stunned state. This is the time to get a combo of strikes in. Be careful though as she can snap out of it in about four or five seconds.

When she runs out of health, you’ll be placed into a battle screen in which you have furiously tap a button. It’s easy to win, so you’ll be victorious. Unfortunately, the outcome isn’t as pleasant as Flynn would like.