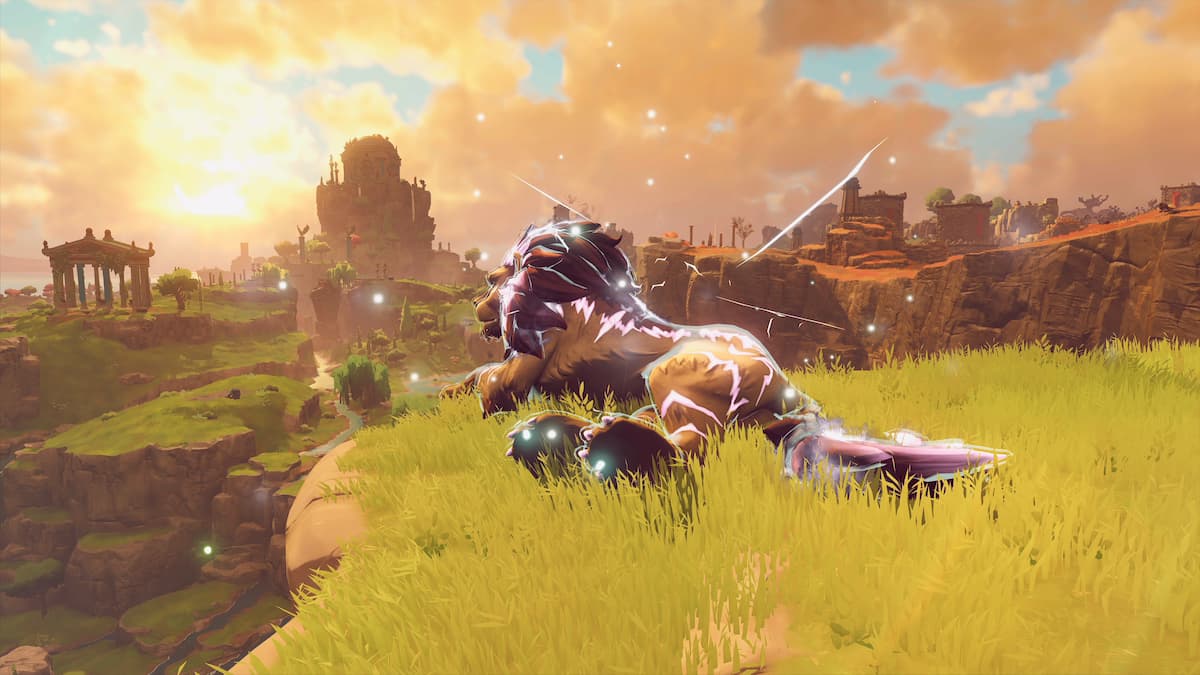 The Legendary Nemean Lion is one of four legendary creatures that you will need to take out in the Valley of Eternal Spring. You can find him chilling in the sun at the top of a high but narrow cliff that will form the arena for your fight.

You will get the chance to sneak up behind him and stealth attack him, but prepare to be depressed at the dismal damage you will do to his rather chunky health bar.

This can be quite a fight, but there are some really important things that will potentially make your life a lot easier. The Lion has a very distinct style of fighting, with quick, short slashes that come at a high tempo. He doesn’t throw things at you, or breathe fire, he just swipes. From time to time he will pounce, and he will occasionally roar.

His most common combo is a brutally quick double swipe, and if the first shot hits you, he is guaranteed to land the second one. He also has two main charge attacks. One is a charged double swipe you will need to dodge, and the other is a roar. If the charged double swipe hits you, it will knock you down, and he has a high chance of roaring after, which does damage all around him. The combined damaged he dishes out if all three damage moves land is considerable. For this reason, we strongly suggest dodging over parrying, because the charged attack and the normal double swipe have the exact same animation and very little telegraphing about which one he is going for.

The Lion also seems to be pretty resistant to stun, so we suggest going for a good old fashion sword versus teeth fight. A Helmet like the Valor of the Solider Helm is a great option for this fight, as it will increase your sword damage, but if you are really lucky you will have the Departed Shade sword. This will give you a 36 percent damage boost for 6 seconds after a perfect dodge. As the main defensive tactic here should be dodging, not parries, this is perfect.

For Godly Abilities, Athena’s Shield Dash is excellent, doing solid damage and allow you to match the speed of this mighty beast. Because a perfectly timed dodge will refill Stamina Chunks, we can set up a nice chain of perfect dodges, quick follow attacks, and then a damaging Shield Dash to reposition.