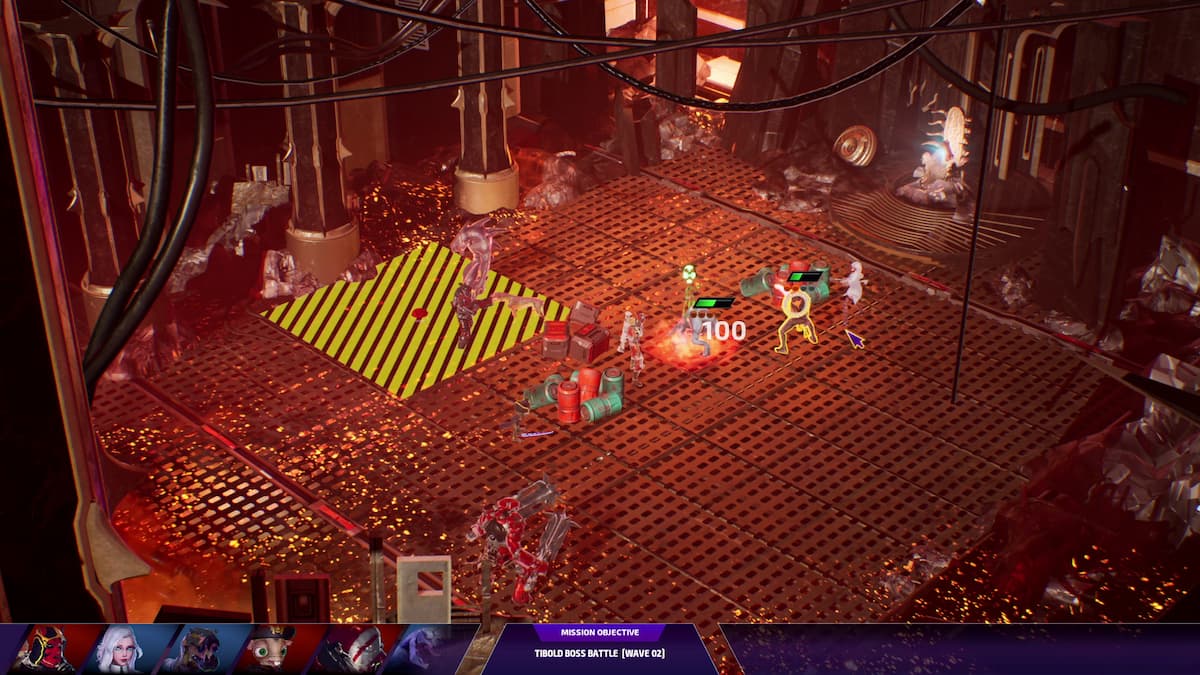 Along with the shoot ‘em up sections that come with the game, Subverse also uses a tactics-style battle system that works similar to that of XCOM: Enemy Unknown, albeit simplified, where you have a team that goes up against waves of enemies on a grid system.

You need to pick an action when it is your turn. Each member, consisting of the game’s manticore creatures and a lead character, has different abilities that you can utilize, including support actions that can buff teammates.

For the first sets of missions, you are looking for a data capsule for the hacker Fortune and Lily as the lead for the attack. After being introduced to the gameplay, you will fight a few waves of enemies that shouldn’t be a problem.

However, when you finally reach the area with the data capsule, you will encounter Tibold, who survived the last encounter with you. Cue another boss fight, this time in the battle board format.

For this fight, Tibold will be able to move more often than you and will use it as an opportunity to lay down mines in the areas that you currently have manticores or Lily standing. You need to move your team out of these at the first opportunity, be aware that they can attack first, and then move afterward.

Here, the strategy is to take out the enemies that can be killed in one shot and then focus on Tibold. Most of his allies are Corsairs which can pack a punch but have a low health pool, with everyone barring the Chodestool able to kill them in one hit.

When they are down, pummel Tibold. He has a very big health pool but doesn’t do much direct damage, relying mostly on his mines. If you have ultimate abilities, use them on him. Keep your distance from the bigger enemies that spawn in, such as the hard-hitting but slow dual-wielding brutes. Tibold will move around the map constantly but keep up with him, and as soon as he has been nuked down, all of the other enemies will surrender at the end.

Once he is down, you will collect the data capsule and complete the level. Even with a team member’s death, you can receive a gold medal, so focus Tibold down for maximum rewards.