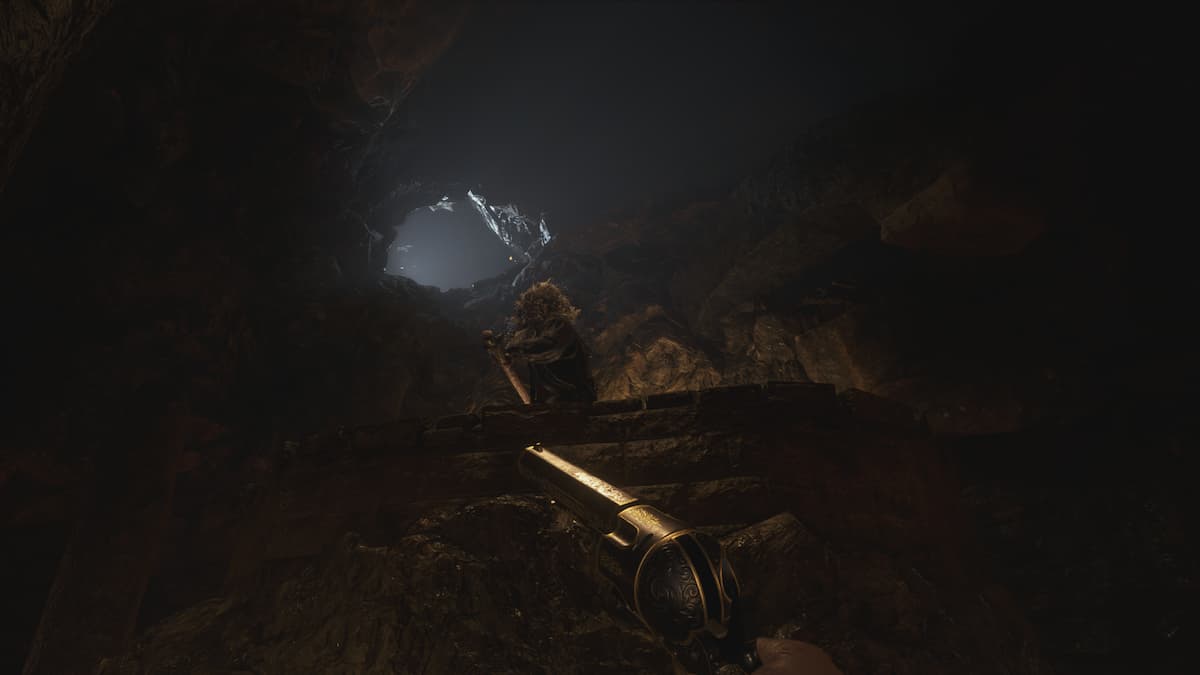 Later in the story of Resident Evil Village, players will have to go toe to toe with Urias, the massive, hammer-wielding werewolf that nearly beats them to death twice at the start of the game. This is a fight against a large enemies in a small space, but there are some things players can do to turn the tide in their favor.

The best weapons to fight Urias are the Sniper Rifle, Wolfsbane, and landmines. Players can place landmines around the arena and then draw Urias into them. The Sniper Rifle will allow them to do high damage from a safe distance, and the Wolksbane hits like a truck.

When the fight begins, Urias will drop down onto a platform and start to scream. This is a great chance to get some free damage on him, so pop as many Wolfsbane shots into him as you can. When he just down to your level, start to circle away, keeping the pillars between you.

If you have put down mines, lure Urias over them, otherwise, just keep shooting him. When he has taken enough damage he will call in some smaller werewolves to help out. You want to take them out as quickly as possible or you risk being swarmed. You also need to be aware of Urias and his massive hammer at all times, because it will do tremendous damage if it hits you.

This pattern will continue, and from time to time Urias will smash a pillar and try to throw it at you, or he will jump back onto the platform and call in more support. Either occurrence is a fine time to hit him with pipebombs, or place more mines.

This fight may take a couple of attempts as it’s really all about learning the range of the hammer strikes that Urias will try to hit you with. Once you can steer clear of them, you should be fine.