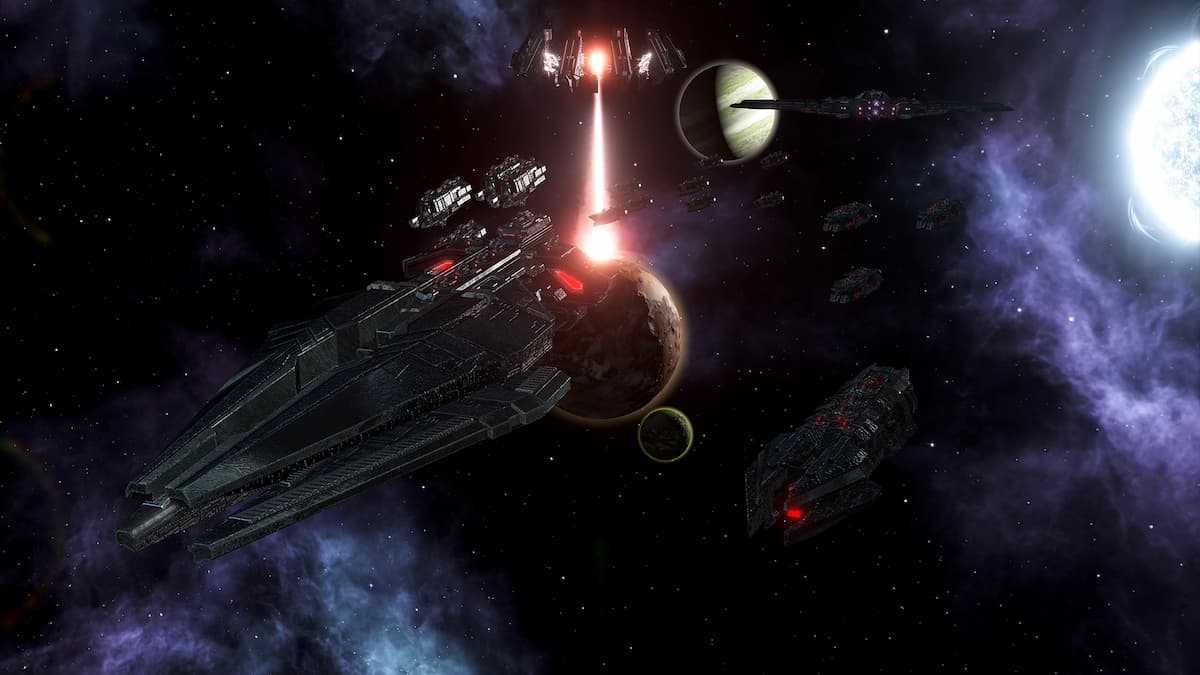 The endgame crisis in Stellaris was the big threat you and the rest of the galaxy had to battle against after hundred of years of expansion and war. This crisis was never a feeble threat, and it require a good deal of prepartion to ensure you were able to endure it, or at least, stay out of its way to survive. The Stellaris DLC Nemesis gives players the opportunity to become that crisis, a massive threat that the rest of the galaxy had to work together to battle against.

If you wish to become the great crisis in Stellaris, make sure you have the Nemesis DLC purchased and installed to your game. It will be an ascension perk option you can choose from the Traditions page.

These are all of the conditions you have to meet to select the Become the Crisis ascension perk.

If you meet all of these requirements, you can add the Become the Crisis Ascension Perk to your Traditions. When you decide to Become the Crisis, you’ll gain access to a special research project to increase the crisis level, and you’ll need to devote science resources to it. You’ll also be able to attack every opposing empire using the Existential Expulsion and Imposed Inclusion Casus Belli against them. The Existential Explusion Casus Belli will be a war to wipe them out entirely, where as the Imposed Inclusion Casus Belli will be used to crumble their forces, and subjectate them to serve you.

Because of how drastic things can become, we highly recommend choosing the Become the Crisis ascension perk when you are ready to go to war with nearly every other empire in the game.

You will have a new screen underneath traditions that you can visit known as ‘Crisis,’ where you can increase your menace levels. The direct ways you increase these levels are by destroying empires, enemy ships, starbases, assimilating populations, conquer worlds, retaining vassals, and many more. By increasing your menace levels, you’ll be able to go up the crisis level chain.