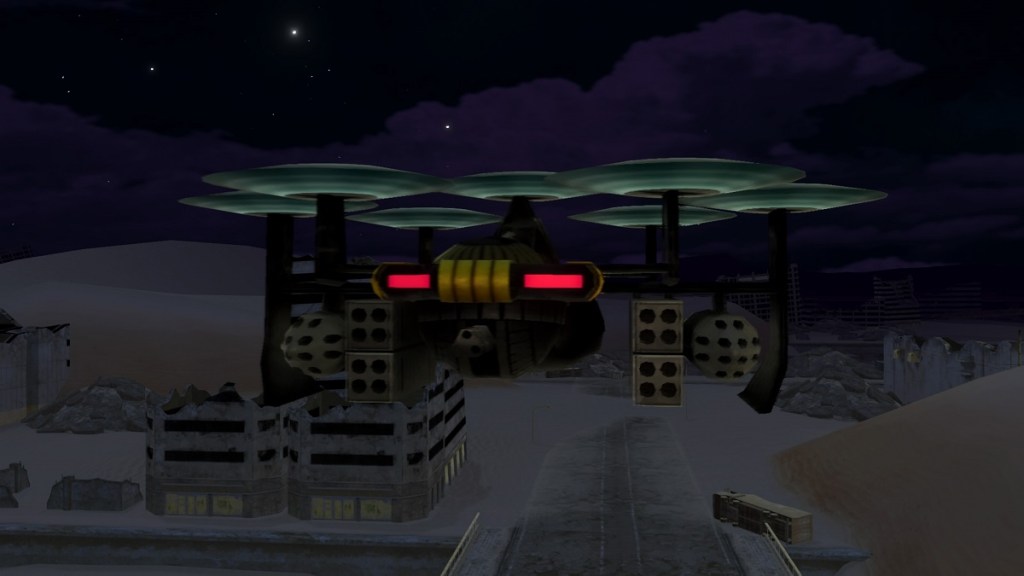 Air units can be extremely frustrating to fight against in Metal Max Xeno Reborn. It doesn’t matter how big they are or how slow they move; the vast majority of shots against them will undoubtedly miss. That’s because air targets require you to have anti-air weaponry to hit reliably. However, there are a few ways to take these air units down.

The most reliable guns to hit air targets with are machine guns. While you probably started using these to clear away the smaller enemies without wasting shells, they’re indispensable when taking down air targets. Every one of them comes equipped with an anti-air modifier. This not only means you can hit air units with the typical Gatling and chain guns but also with the more exotic weapons in the machine gun category.

Long cannons are great. While they don’t dish out as much damage as burst cannons and have less ammunition than most, they have the longest range. Not only that, they have the anti-air modifier, making them the only type of cannon that can reliably hit air targets. There’s a limited number of these early on, but while more machine guns will down air targets quicker, you’re more likely to pile cannon slots onto your tank. Having a few long cannons in your inventory means you can slot them when you need them.

Of course, planning your armaments specifically for an (admittedly rare) subset of enemies can be a bit of pain. However, if you’ve got some weapons that are indispensably strong and you want to turn them against your airborne foes, there is a way.

There is a subset of chips that you can use to upgrade any weapon to have the anti-air modifier. These are simply called Anti-Air, and they’re listed from vanilla to W2-W5. Each one upgrades the indicated slot in your armaments. Anti-Air sends the weapon in slot 1 skyward, while Anti-Air W3 will do the same for slot 3. While this may seem like a waste of chip slots, you can always just plop them in when a flying foe spots you and replace them as soon as the battle is done.