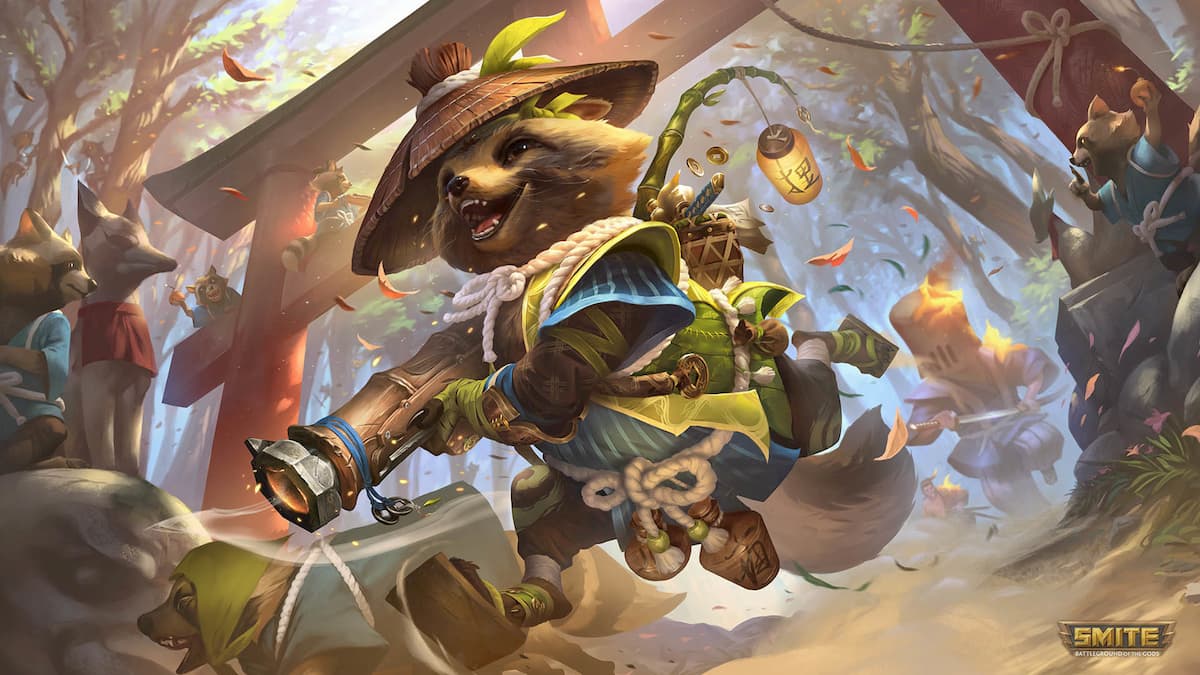 Danzaburou, a hunter in Smite is likely going to be your team’s primary carry. They’ll be acting as a heavy damage dealer and will be critical in team fights. If you’re looking to give this god a try, what are some builds that you want to go with when building them so they can deal the most damage and optimize their kit?

When you begin with Danzaburou, the first series of items you want to acquire are hunter’s blessing for your starter item, Morningstar, and then a mixture of healing and mana potions. The big draw for you is to start the initial steps of creating Transcendence. Danzaburou is an ability god, so rather than focusing on too much lifesteal early, you want to lean into giving him as much power as possible and giving him plenty of mana.

However, you won’t survive in the lane too long without something for Danzaburou to recover his health.

After you’ve built Transcendence and it starts stacking, switch over to working on your boots. Because Danzaburou does not have an attack speed buff from any of his abilities, you want to make up for that with Ninja Tabi, increasing his overall attack speed, and then Asi. Both of these items offer an attack speed boost, but Asi also builds physical power penetration, physical power, and lifesteal. Grabbing that lifesteal early is critical for Danzaburou as none of his abilities heal him, and he’s going to feel best if into Transcendence’s ability power push. Alternatively, you can remain pretty cheeky and try to build him with The Executioner instead, but we don’t recommend it.

Those three items are critical for Danzaburou, and once those are online and in his kit, you’re ready to start branching out on your own. How you do that is up to you, and what feels right for the game you’re playing, Danzaburou. There’s no correct or incorrect way to build him once you roll into the game, but make sure you remain flexible.

Here are several item recommendations we have to help make it easier to round out the rest of your Danzaburou builds. We did not list them in any particular order.