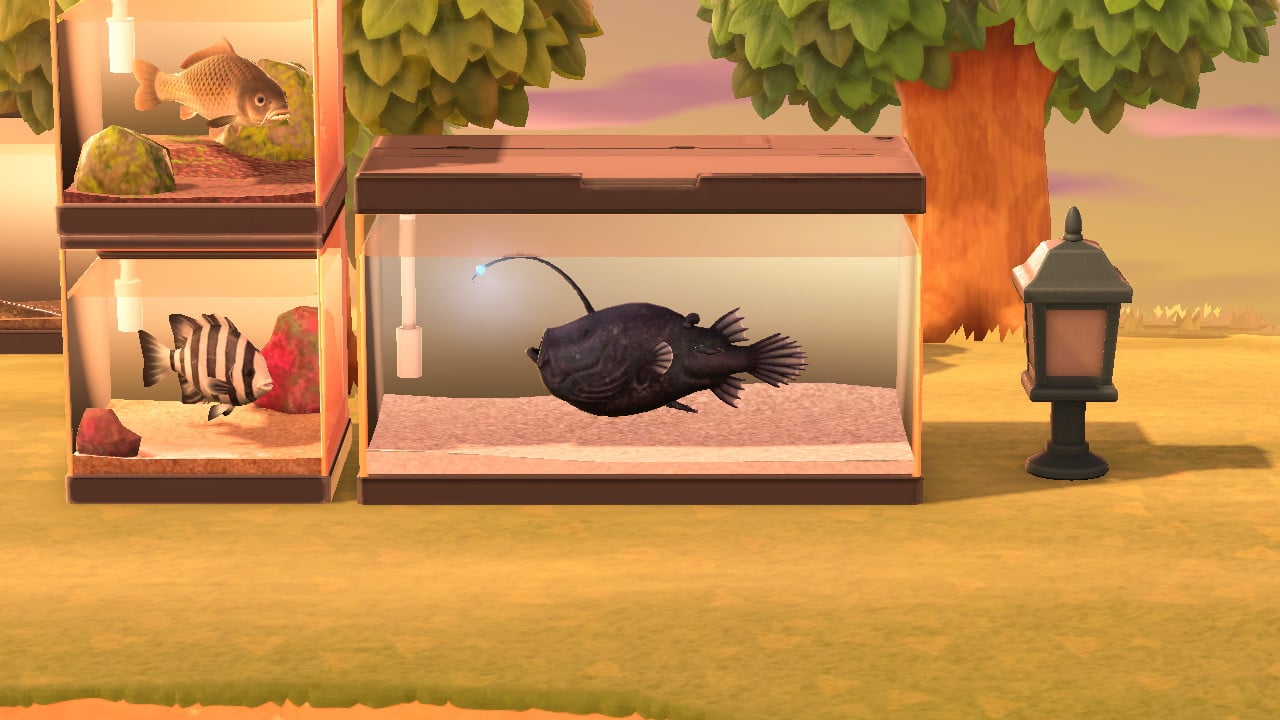 There are lots of fish of different sizes and colors to catch in Animal Crossing: New Horizons, but some are definitely harder to find than others.

Whether you’re trying to fill out the museum, or just want one of these bad girls for yourself, here is how to catch the elusive football fish.

First of all, you are not going to find this fish during hours of high sunlight, as it’s a creature of the dark. This deep-sea fish will only be catchable between the hours of 4pm and 9am.

If you are in the Northern Hemisphere and want this fish, you’d better hurry. The football fish is considered a ‘winter fish’ and will only be swimming around until March 31. Of course, it will return, but not until November. For those in the Southern Hemisphere, fear not, these fish will be swimming into your waters on May 1.

Unlike many of the other fish, which you can find in ponds or rivers on your island, the football fish is only found in the sea. Get down to your island’s beaches and search for shadows or throw in some fish bait.

The football fish is a large size fish and will have a large shadow, no need to waste fishing rod durability on the smaller ones. Finding one may take some time and patience, but keep at it.

The football fish is a deep-sea dweller known most for its dark, rich color and the glowing ‘fishing lure’ light sprouting from its head. It’s definitely bigger than some of the other fish you catch, but it’s not going to be as large as, say, an oarfish or tuna.

While football fish only sell for 2,500 bells and may not be worthy of a repeat investment due to its rarity, they’re definitely a unique specimen, and one you’ll need if you want to complete your fish collection.