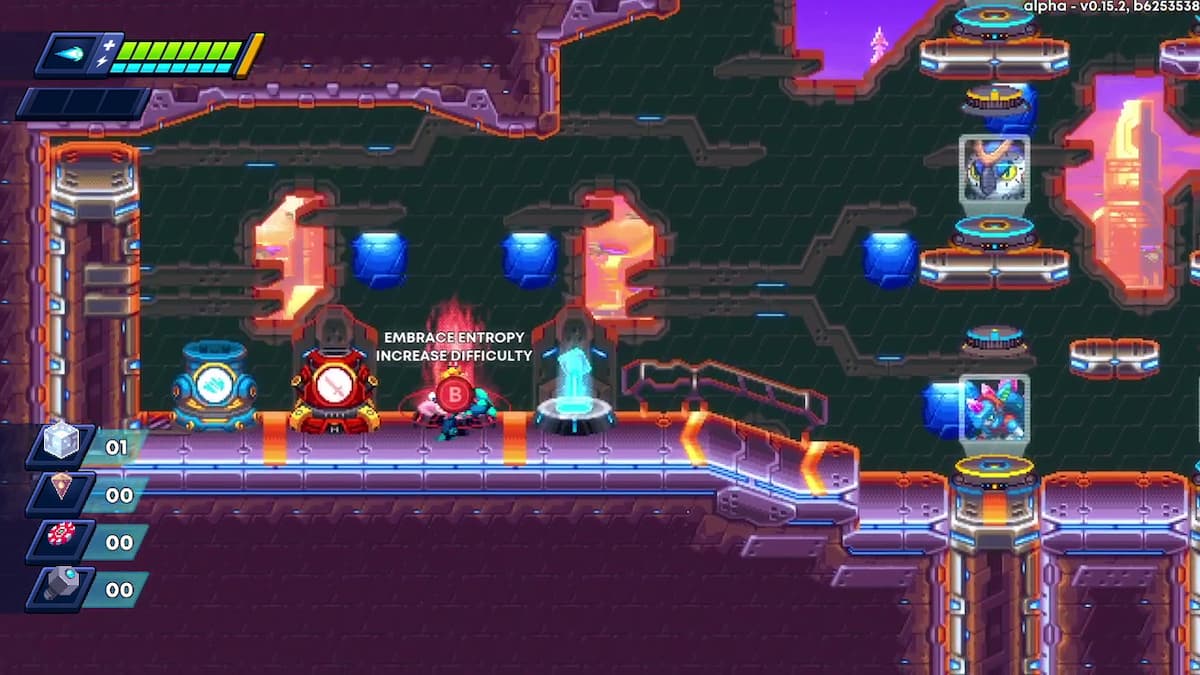 What makes games such as 30XX so much fun is the immense challenge that it brings. Whether you are using the Standard or the Mega Mode, the action provides a degree of difficulty that strikes a good balance between difficulty and accessibility, meaning that everyone can enjoy it. The currency that you collect through the game, known as Memoria, can also upgrade your health and abilities, making runs easier as you go.

When looking to change difficulty, you can make changes to the gameplay by adding modifiers to various elements of the game. These can affect how much damage enemies deal to you, strange your rewards as you get further into a run, or even limit your flexibility when it comes to using the various vending machines throughout the game’s levels. By adding these modifiers, you will also scale the amount of Memoria and other rewards throughout your runs.

If you feel like it’s becoming easy for you or wants to maximize your output of upgrades and rewards by increasing the difficulty in your overworld, head to the flashing red station where you can ‘Embrace Entropy.’

Here in the Entropy Cluster, you will be able to add up to eight modifiers in Standard, and seven in Mega Mode (Imminent Rapture is not included), each of which will increase the number of rewards you can receive, which can change depending on which you mix together. Once chosen, simply head into a run, and you will start the run with your modifiers active.