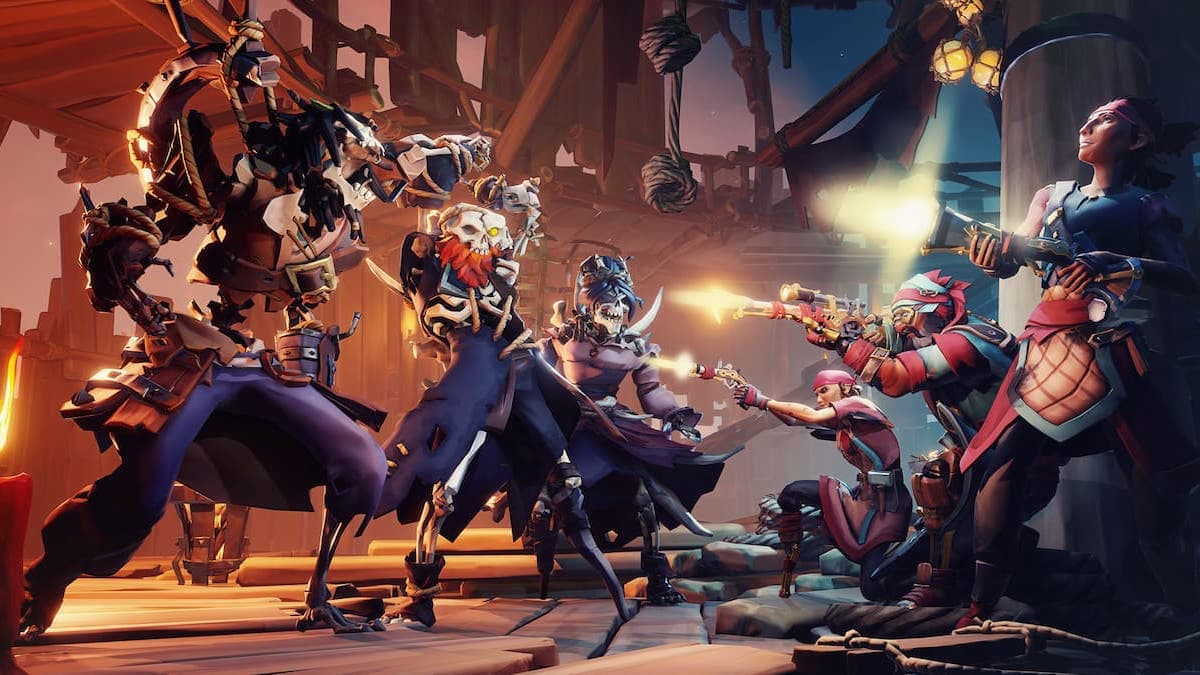 The Fort of Fortune is a rare public event in Sea of Thieves, where a more advanced skeleton fort appears globally. You and your crew have the opportunity to raid these upgraded forts for additional treasures. Overtaking these locations will not be easy, and you’ll need to defeat waves of skeletons to win, along with multiple Skeleton Lords and an Ashen Lord.

These are rare events, so don’t expect to find one on every Sea of Thieves server you join.

How to find a Fort of Fortune

You’ll know when a Fort of Fortune has spawned on your server based on the massive red skull that appears in the sky. It’ll be similar to the green skull that you see whenever a skeleton fort is active, except it has a blood-red coloring with three lines at the top of its head. A Fort of Fortune can appear in any of the nine skeleton fort locations in Sea of Thieves.

You’ll know a Fort of Fortune has spawned somewhere in your Sea of Thieves world when you hear a massive horn go off. The horn sound spreads throughout the entire map, alerting all players.

How to complete a Fort of Fortune

When you arrive at a Fort of Fortune, there are 18 waves of skeletons you need to endure with your crew to obtain the contents inside the fort. The initial 15 waves of the Fort of Fortune are full of random spawns made up of the many different kinds of skeletons you can encounter in the game. You and your crew will battle against Gold, Plant, and Shadow skeletons. Named Skeleton Captains are also set to appear throughout these waves.

The Skeleton Captains have a chance to drop Skeleton’s Orders, which, when you pick them, direct you to a hidden stash somewhere at the fort. These stashes contain valuable crates full of supplies that you can use to supply your crew with valuable supplies to survive the end, along with chests and skulls to fill your pockets further.

Once you’ve completed those 15 waves, waves 16 and 17 feature unique named Skeletons for you to defeat. You’ll first have to battle against the Mutinous Helmsman, who has a variety of special attacks that they’ll unleash against you. Following this fight, you’ll have to battle against the Duchess and Two-Faced Scoundrel at the same time. All of these unique Skeletons drop more Skeleton’s Orders that you can use to obtain more supplies.

The final wave at the Fort of Fortune features an Ashen Lord. The Ashen Lord will be the toughest encounter for you to overcome, and you can expect to use a variety of special abilities most players have likely fought against already. When you and your crew defeat the Ashen Lord, you can pick up the Fort of Fortune Value Key to receive some of the best rewards you can find in Sea of Thieves.